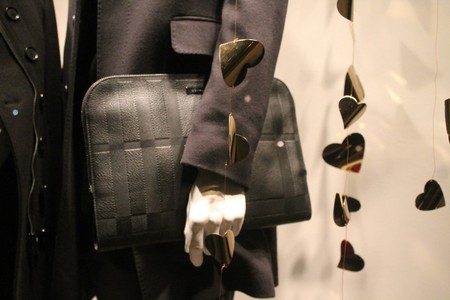 Although paling in comparison to New York Fashion Week, Washington, D.C. does host a modest fashion week that offers plenty of high-end designers; however, the fashion scene here is overshadowed by the politically centric mindset. While District fashion is more professionally minded, you can experiment in the workplace too, or retain a mature style yet avoid drabness. Here are our picks for the most unique fashion designers from Washington, D.C.

The D.C. native wanted to show off the city’s work ethic and ambitions in her clothing line, but in a trendy way. She created shirts and sweatshirts that proudly flaunt the District and its accomplished people, with minimalistic logos that read DC Dreamer Doer, DC Dope, and Le District; the monochromatic color palettes keep the merchandise chic.

Sharp founded his own clothing line where traditional menswear meets ‘over-the-top-streetwear;’ like you gave an effort to look this cool, but not too much of an effort. After spending time emerged in the Brooklyn art scene, Sharp returned to his D.C. roots and founded the Durkl brand in the District to uniquely meet its fashion needs. He often caters to rappers, including Mac Miller, who can regularly be seen wearing Durkl.

Born and raised in D.C., Hancock prides himself on being a self-taught designer. He personally makes all his clothes, which are reminiscent of styles popular in the 90’s. Darker, baggy clothing dominates the menswear line, along with experimental designs and eclectic patterns.

Woods’ line, Original Crackage, is marked by his affinity for all things striped, general color blocking and defined contrasts. The primarily black and white merchandise seeks to retain urban chic vibes while also making a play at higher fashion. The geometric designs aren’t unique just to his line, but to each piece of clothing — every individual item’s design is unique, so your shirt will truly be one of a kind.

Designing for ‘the woman who is sexy yet powerful, traditional but not afraid to take bold risks,’ Michelle empowers females of the District by offering a broad take on femininity and sexuality. Her timeless pieces are intended for both youthful women and their more mature counterparts. Her broad line offers casual and women’s evening wear, menswear and pet’s wear — the dog has to match its stylish owner!