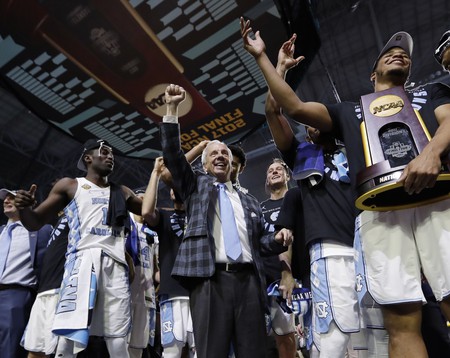 It’s a tradition in the United States that a sports team is invited to the White House by the President after winning a championship. The first championship team believed to have visited the White House is the 1924 Washington Senators after claiming the World Series. NBA, NHL, MLB, NFL and NCAA championship-winning teams have become a regular occurrence at 1600 Pennsylvania Ave since Ronald Reagan made it commonplace in the 1980s.

While visiting the Commander-in-Chief in office is a prestigious honor, not everyone is excited for the opportunity.

The New England Patriots, who rallied to defeat the Atlanta Falcons in Super Bowl LI, are scheduled to visit President Donald Trump at the White House on April 19, but linebacker Dont’a Hightower, safety Devin McCourty, and tight end Martellus Bennett have all publicly said they won’t be attending.

“You know, the office of the presidency of the United States is the most fantastic place you can be, but let me think on it,” Williams said after winning his third national championship. “Again, I don’t know that we’re going to get invited. I really don’t. But I know one thing, we’re putting up a nice banner in the Smith Center that’s hard to get.”

This doesn’t come as a surprise as Williams has been critical of President Trump in the past.

“Now everybody has got social media, and we don’t need The New York Times to find out what in the dickens is going on in the country,” Williams said during the 2017 ACC Tournament in Brooklyn, N.Y. “You know, our president tweets out more bullsh*t than anybody I’ve ever seen.”