The Most Unusual Things to Do in Washington DC 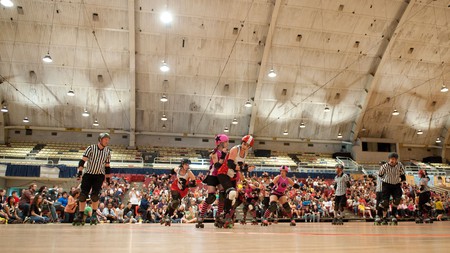 It might conjure images of the White House, National Mall and the US Capitol Building, but the capital city of America also has a quirky side. From circus skills with Trapeze School New York to ghost tours in Lafayette Park, these are the more unusual things to do in Washington DC.

With its chequered history and powerhouse status, it’s perhaps no surprise that America’s administrative heart has more than its fair share of out-of-the-ordinary activities – and that doesn’t include the politics. Sate your curiosity at museums dedicated to double agents or medical specimens, catch a lesser-known sports game, hear of the city’s hauntings or even fly on a trapeze.

Get spooked on the Ghosts of Lafayette Park Tour 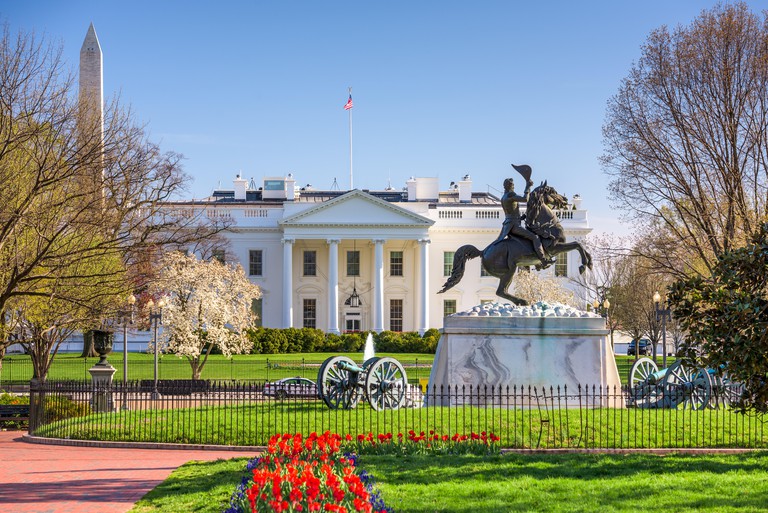 Betrayals, conspiracies and assassinations have made this city fertile ground for rumors of hauntings. Several ghost-tour companies reveal this side of DC, the creepiest of which is the Ghosts of Lafayette Park Tour. Guides dressed in Victorian costumes lead you by lantern-light around Lafayette Park, passing the White House, the Hay-Adams hotel and St John’s Church, as they recount the twisted tales that earned this area its ghoulish reputation.

Fly through the air with Trapeze School New York 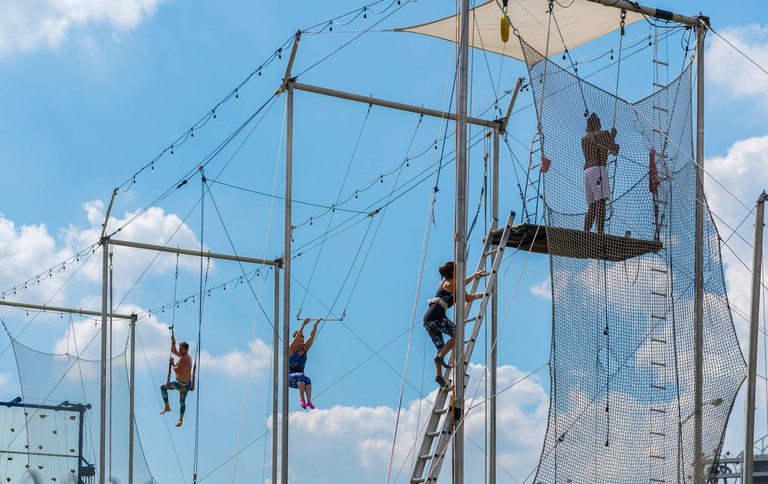 You don’t have to run away and join a circus to try out the flying trapeze. Trapeze School New York (TSNY) has a Washington DC branch, where anyone can sign up for training sessions in big-top skills. Other options include trampolining, silks (hanging acrobatically from fabric) and the Spanish Web aerial apparatus. If you’re not one for heights, there are tricks to be learnt back down on terra firma, such as juggling and balancing.

Get to a DC Divas tackle football game 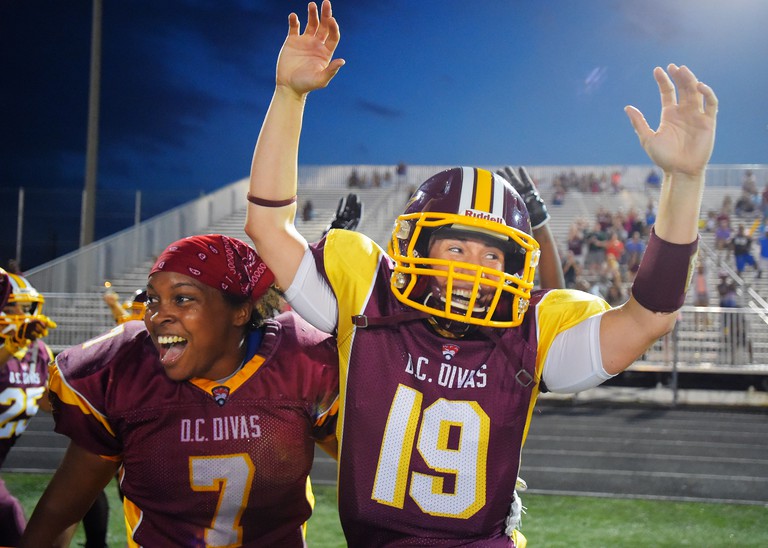 The DC Divas have made a name for themselves by earning three national titles in women’s professional tackle football and achieving more victories than any other franchise in sport. Their home games are held at the state-of-the-art St James Sports Complex, around a 20-minute drive from the center of DC. Tickets are a fraction of the price of men’s football and the athleticism of the players will leave you exhilarated.

Cheer for the lightening-fast DC Rollergirls

An amateur, not-for-profit sport it may be, but crowds descend in their thousands to watch the DC Rollergirls do their thing. Roller derby is a contact sport with plenty of action, where the skate-wearing teams whip around a flat track at breakneck speed, and points are gained by lapping members of the opposing team. Check out the DC Armory and Dulles SportsPlex for tickets. 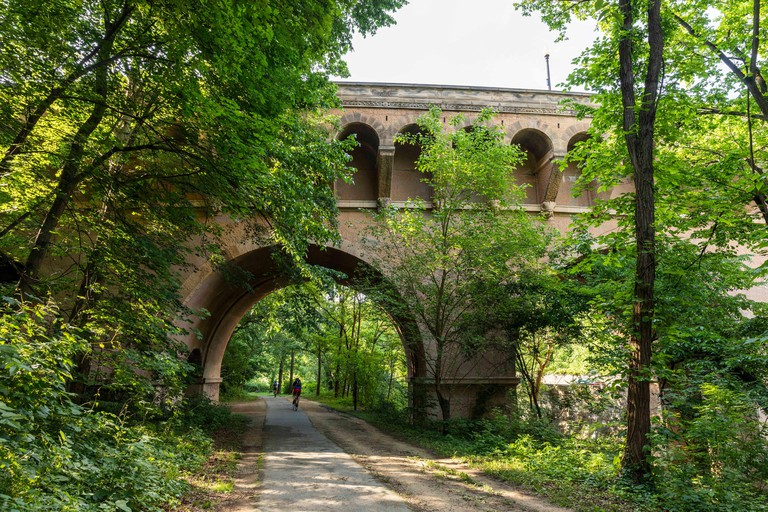 © Cecilia Colussi / Alamy
You might not naturally put DC and horse riding together, but saddling up is a great way to see an alternative side to this green city. Rock Creek Park Horse Center, deep in the woods of the 1,754 acre (710ha) Rock Creek Park, provides guided trips for every level, including absolute beginners. This federal park has been a refreshing sanctuary for Washingtonians since 1890 – its miles of forests now criss-crossed with hiking and bike trails, and 13mi (21km) of dirt and gravel bridle paths.

Sleuth around the International Spy Museum 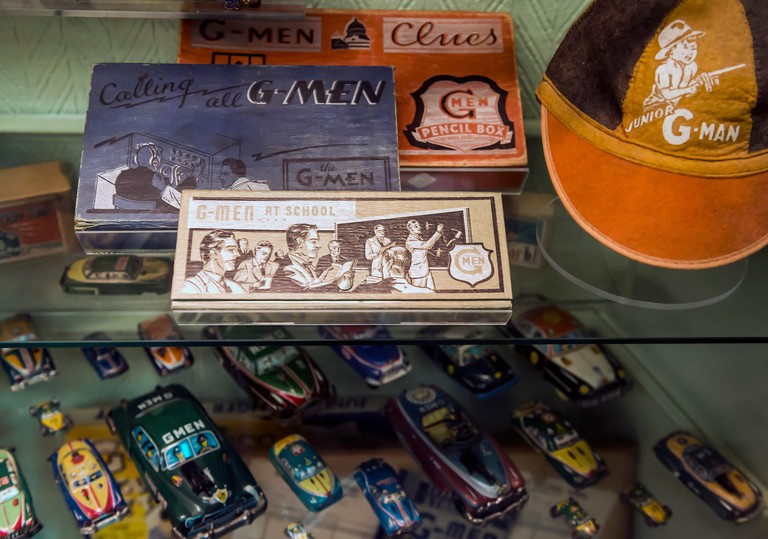 © ZUMA Press, Inc. / Alamy
Delve into the underworld of secret agents at the International Spy Museum, the world’s biggest collection of espionage artefacts on public display. Taking up a new building in L’Enfant Plaza, on the Southwest Waterfront, it’s doubled in size from its old downtown location and displays now span 39 countries. Dramatized accounts include the story of James Lafayette, an African American slave who spied for the Continental Army during the American Revolution.

See the specimens of the National Museum of Health and Medicine 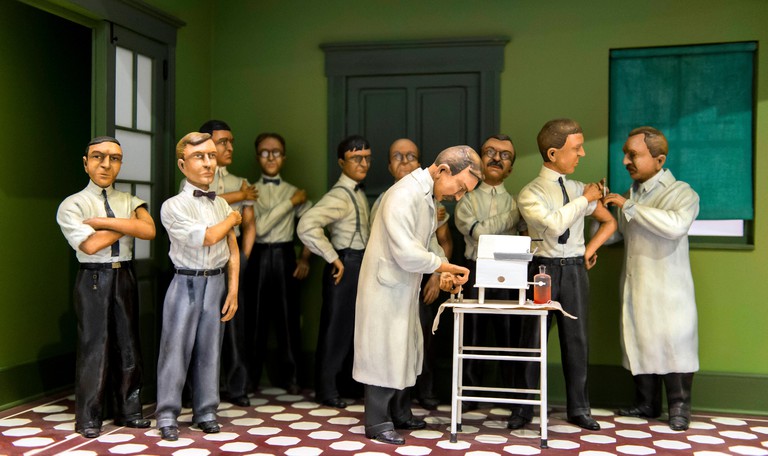 © ZUMA Press, Inc. / Alamy
An incredible 24m medical artefacts are housed in the National Museum of Health and Medicine, founded by the US Army. With a focus on pathology, this isn’t a day out for the queasy: the most memorable exhibit is the collection of bone fragments and hair from President Lincoln’s skull, alongside the bullet that killed him. A section of the Air Force’s theater hospital, Trauma Bay II, was moved from Balad in Iraq to go on display.

Witness legal dealings at the US Supreme Court

Building
Facebook
Email
Twitter
Pinterest
Copy link
Share
As the administrative center of one of the globe’s superpowers, the law-making buildings of Washington DC hold a special kind of gravitas. The US Supreme Court is open to tourists who want to watch an oral argument in session (they are fairly frequent, with about 70 to 80 cases each year). To claim a spot, stand in line for a first-come-first-served seat, and who knows, you might just witness legal history being made.

Find your way out of Escape Room Live

Few escape rooms live up to the sheer creativity of Washington’s DC’s version. Part-Crystal Maze and part-Trivial Pursuit, Escape Room Live is an immersive, live-action game geared up towards groups. You’ll find it in two locations, historic Georgetown and Old Town Alexandria, with the former offering eerie rooms such as the Curse of the Mummy, and the latter going for character themes such as Sherlock Holmes. Both have Hollywood-level set design and lighting. 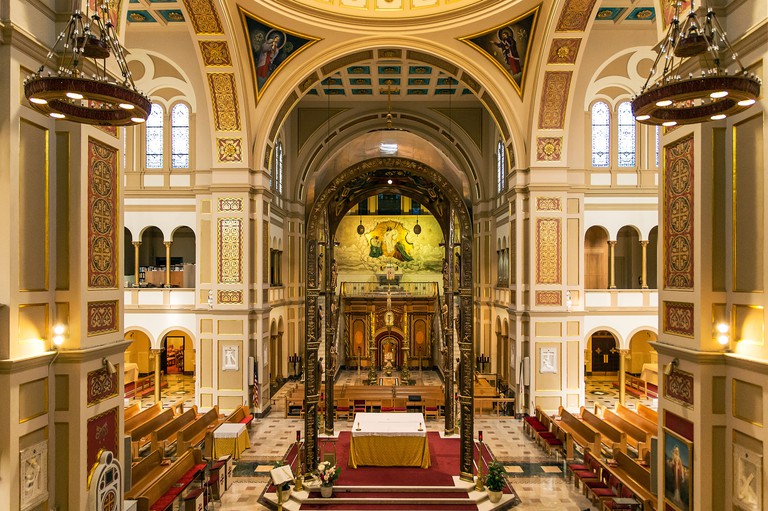 Built at the turn of the 20th century, these mini catacombs may not match up to the subterranean tombs of Europe, but their Dan Brown-esque atmosphere makes for a fascinating experience. The complex is located beneath the Franciscan Monastery of the Holy Land in America, and although most of the tombs are fake, there is a real skeleton on display. The chilling legend is that these bones belong to a seven- or eight-year-old child, a second-century Italian martyr.

Looking for somewhere to stay? Book into one of the best hotels near the National Mall with Culture Trip.