Top 10 Things To Do And See On Capitol Hill, Washington DC

From the US Capitol and the Library of Congress to Congressional Cemetery and Eastern Market, Capitol Hill certainly has its fair share of notable sites to explore. We take a look at these spots and more in our list of the top ten things to do in this historic DC neighborhood.

Tour the US Capitol

A trip to DC is not complete without a visit to the Capitol building, where the US Congress and House of Representatives have met for more than two centuries. Construction of this symbol of democracy began in 1793; over the years, it has been burnt, rebuilt, expanded and restored. The exterior is characterized by its neoclassical design and massive dome that has been crowned by the bronze Statue of Freedom since 1863. Inside, visitors can admire an impressive collection of artwork, such as the frescoes on the first floor painted by Italian-Greek-American artist, Constantino Brumidi.

The 35-acre Congressional Cemetery has been the final resting place for many notable Washingtonians for more than two centuries. The cemetery, originally called Washington Parish Burial Ground, quickly became associated with the US Congress in the early 1800s. Connecticut Senator Uriah Tracy became the first Congressman buried here in 1807; consequently, until the 1830s, almost every Congressman who died in DC was buried in Congressional Cemetery. After years of neglect in the 20th century, efforts have restored this Capitol Hill landmark to its original beauty, with revitalized brick pathways and newly-planted trees and gardens. The cemetery offers various tours, educational events, and concerts, such as those by the US Marine Band, who often play near the grave of the famous composer John Philip Sousa. Also buried here is J. Edgar Hoover, the first Director of the FBI.

Visit the Library of Congress 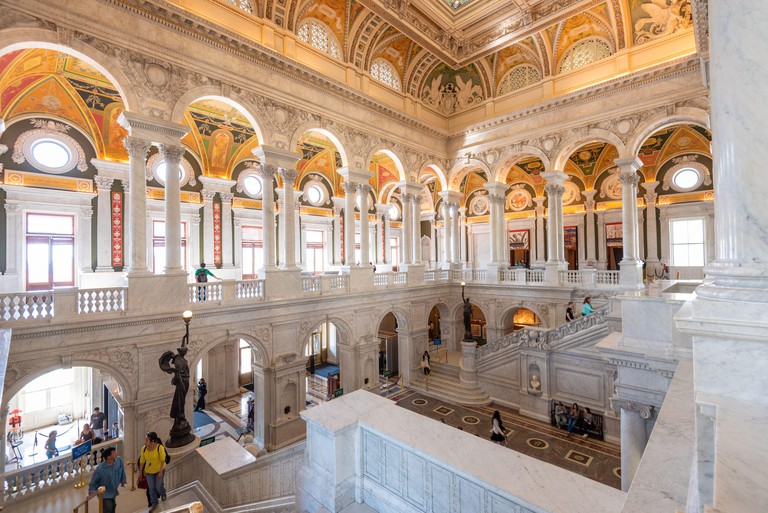 Entrance hall ceiling in the Library of Congress, Washington DC | © Sean Pavone / Alamy Stock Photo
The Thomas Jefferson Building of the Library of Congress is one of the most beautiful places in all of DC. A free one-hour tour of this historic structure is offered on a daily basis, allowing visitors to learn about the art and architecture of this cultural institution. Particularly stunning is the Great Hall, with its elaborate decorations completed by nearly fifty painters and sculptors that celebrate classical traditions of learning as well as great American figures. The Roman goddess of learning and wisdom, Minerva, is represented in mosaic form and occupies a central position in the library. Busts of George Washington and Thomas Jefferson, paintings representing the four seasons, and magnificent Italian marble floors are just a few of the other works of art to enjoy here.
Open In Google Maps
101 Independence Avenue Southeast, Southeast Washington, Washington, District Of Columbia, 20540, USA
+12027075000
Visit Website
Give us feedback 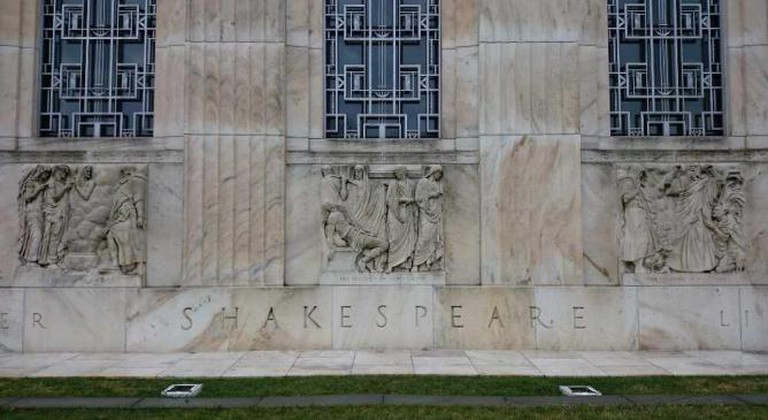 Folger Shakespeare Library | © Payton Chung/Flickr
Eastern Market is mainly known as a place to purchase fresh fruits, veggies, meats, fish and all sorts of other goodies from fresh pastas to pastries. But the market is also an important gathering spot for the neighborhood and a cultural venue for visitors. On the weekends, Eastern Market is bustling with activity – in addition to the food from farms in neighboring states, visitors can enjoy live music and peruse the flea stalls for arts, crafts, jewelry and antiques. The 19th-century brick building was badly damaged by a fire in 2007; it re-opened two years later after extensive restoration work.
Open In Google Maps
225 7th Street Southeast, Capitol Hill, Washington, District Of Columbia, 20003, USA
+12026985253
Visit Website
Give us feedback

Located in the shadows of the Capitol building, the Folger Shakespeare Library boasts the world’s largest collection of materials relating to Shakespeare and his works. But that’s not all – the library is also home to rare Renaissance books, manuscripts and other works of art, not to mention its gardens and beautiful indoor spaces. The library’s Elizabethan theater puts on a variety of classical and modern plays related to or inspired by Shakespeare. Over the years, the Folger Theatre has received 125 nominations and 23 Helen Hayes Awards for its excellence in performance in the DC area.

One of the city’s relatively new museums, the National Postal Museum first opened its doors in 1993. Though the building that houses the museum is hardly new – it’s DC’s old post office, which was constructed in 1914 – the exhibitions here are dedicated to postal history dating all the way back to colonial times. The massive atrium contains vintage airmail planes, a reconstructed railway mail car, and a Ford model A postal truck from 1931.

Walk 11 blocks east from the Capitol building and you’ll run into Lincoln Park, the largest park in Capitol Hill. This urban park was part of the original layout of Washington, which was planned by Pierre L’Enfant. Bookend statues on either end of the park commemorate two of the greatest leaders in US history – President Abraham Lincoln and civil rights activist and educator, Mary McLeod Bethune. Unveiled in 1974 in front of a crowd of more than 18,000 people, the statue of Bethune was the first monument in DC to honor a black woman.

Grab a drink at the Tune Inn 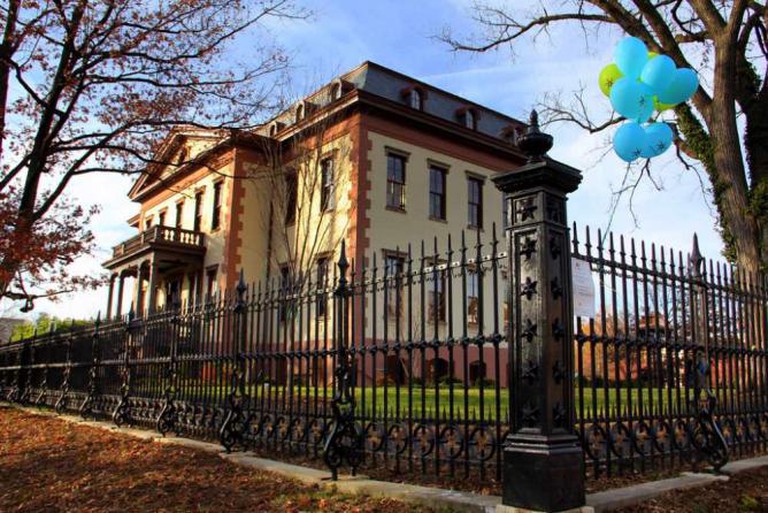 Old Naval Hospital - SE corner | © John M/Flickr
The Tune Inn is a classic dive bar that has been serving up cheap beer and eats to Capitol Hill regulars for years now. The staff are friendly and you’ll find people from all walks of life at The Tune, from Hill staffers to local firefighters to tourists. This hole-in-the-wall spot is adorned with taxidermy animal heads and there’s always music playing from the jukebox. The menu includes comfort foods like fried okra and pickles, a chili burger, and Joe’s West Virginia roast beef sandwich.
Open In Google Maps
331 Pennsylvania Avenue Southeast, Southeast Washington, Washington, District Of Columbia, 20003, USA
+12025432725
Visit Facebook page
Give us feedback

Check out the Hill Center

In another lifetime, the Hill Center was known as DC’s first naval hospital. The hospital saw its first patient in 1866, a 24-year-old African American man named Benjamin Drummond. Today, the Old Naval Hospital has been renovated and transformed into a cultural center for the Capitol Hill neighborhood. The 11 program rooms host all sorts of educational activities, from yoga classes to cooking courses. Hill Center also features six gallery spaces for exhibition and sale of contemporary artwork.

Bingo at the American Legion

Who doesn’t enjoy an old-fashioned game of bingo? Luckily for connoisseurs of this fun group activity, Capitol Hill’s American Legion Post 8 offers bingo on the first Sunday of every month from 1 to 4 p.m. The lively event is frequented by a raucous crowd, and cash prizes are awarded to the winners of each round. A bar adjacent to the bingo hall provides cheap refreshments beforehand or during the short break between each round. It’s a great place to socialize or try your luck at winning a few bucks.