The Spookiest Locations In Washington, D.C.

Congressional Cemetery | © rjones0856/Flickr
Vengeful ghosts, seeking retribution, purportedly haunt our nation’s capital. Many of them date back to the 19th century — slaves and soldiers alike who met violent ends. Here are DC’s spookiest, most unsettling locations where you’re likely to spot the undead.

Completed in 1801, The Octagon House remains one of the oldest buildings within the District — and with history, comes ghosts: the building enjoys the title of Most Haunted Home within DC. The house was originally inhabited by wealthy socialite and plantation owner John Tayloe III. Members of the public and employees alike have reportedly witnessed ghosts here for centuries, with most stories and sightings centering around vengeful slaves. Over the decades, employees have reported eerily similar experiences, such as bells ringing at the exact same hour and young girls screaming. The house was converted into an architecture museum, and it is currently open to the public for self-guided tours, but the unexplained phenomena continue. 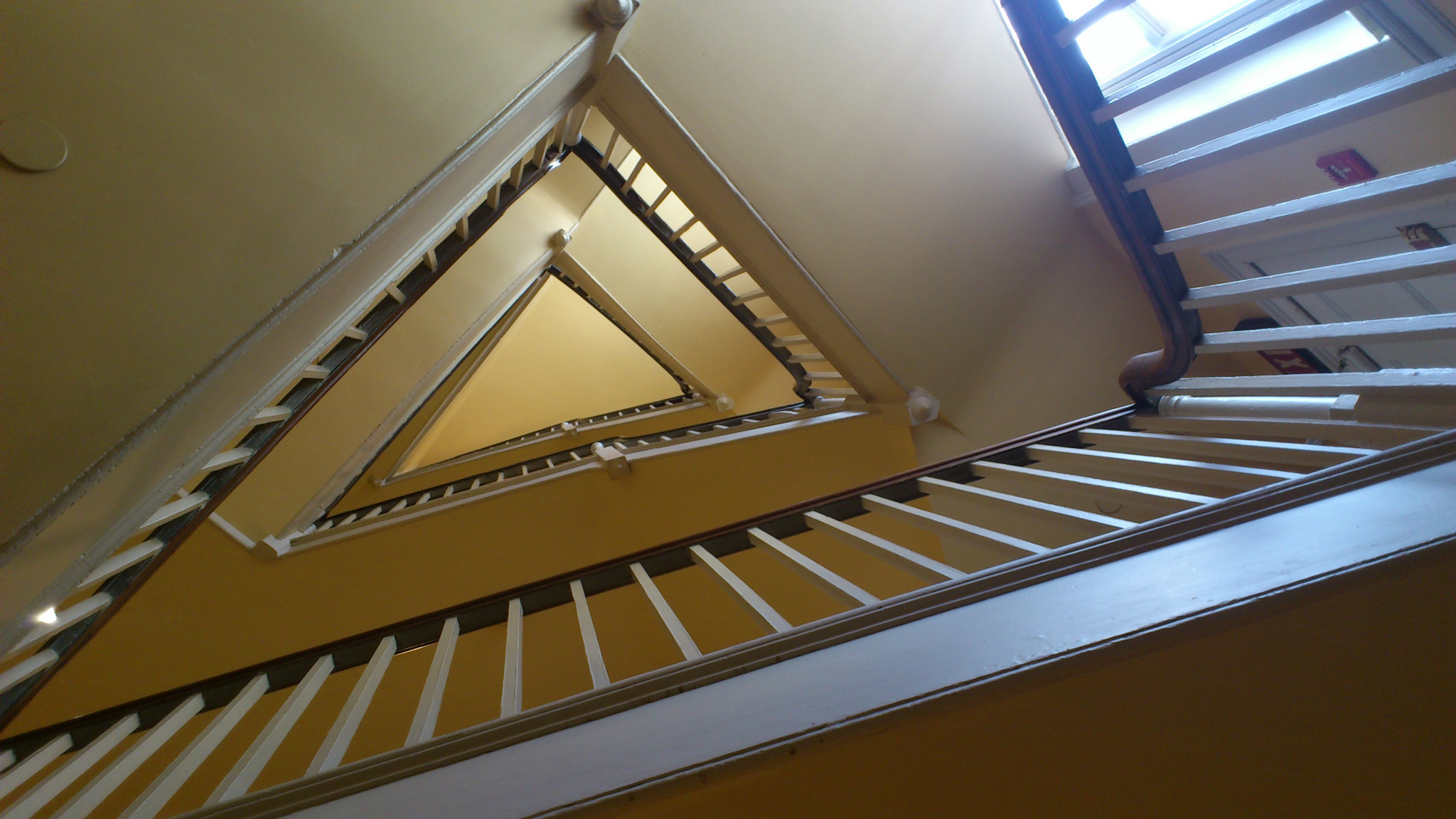 Inside The Octagon House | © Payton Chung/Flickr

Dolley Madison’s ghost is somewhat of a celebrity within the District — she’s known to appear at three specific locations within DC. The most prominent is the Cutts-Madison house; Madison purportedly enjoys hanging out on the front porch of her former home, where she spent the final years of her life. Passing drivers and pedestrians make frequent reports of a mysterious women dressed in colonial garb swaying in a rocking chair, despite the fact that there’s no such chair on the premises. But her ghost is apparently quite friendly — most witnesses claim that she smiles at them. 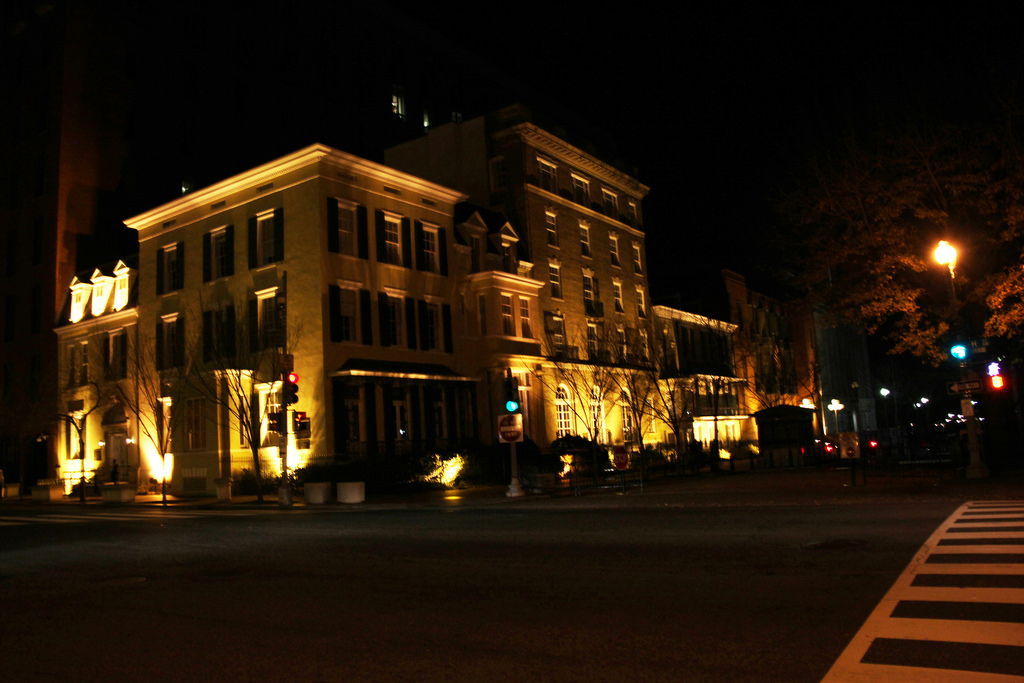 Phillip Barton Key II, the son of Francis Scott Key, was murdered by his friend (and Congressman) Daniel Sickles in the iconic park north of the White House; Key was sleeping with Sickles’ wife, and Sickles shot Key out of pure rage. Andrew Jackson has also been spotted solemnly pacing around Lafayette, which makes sense, as the park’s main installation is a statue memorializing him. The eerie park was reportedly used as a graveyard in the early 1800s, and bones and other human remains discovered there have given credence to the theory. The park was also rumored to have been the site of a prominent slave market, which would certainly make for a lot of disturbed souls. 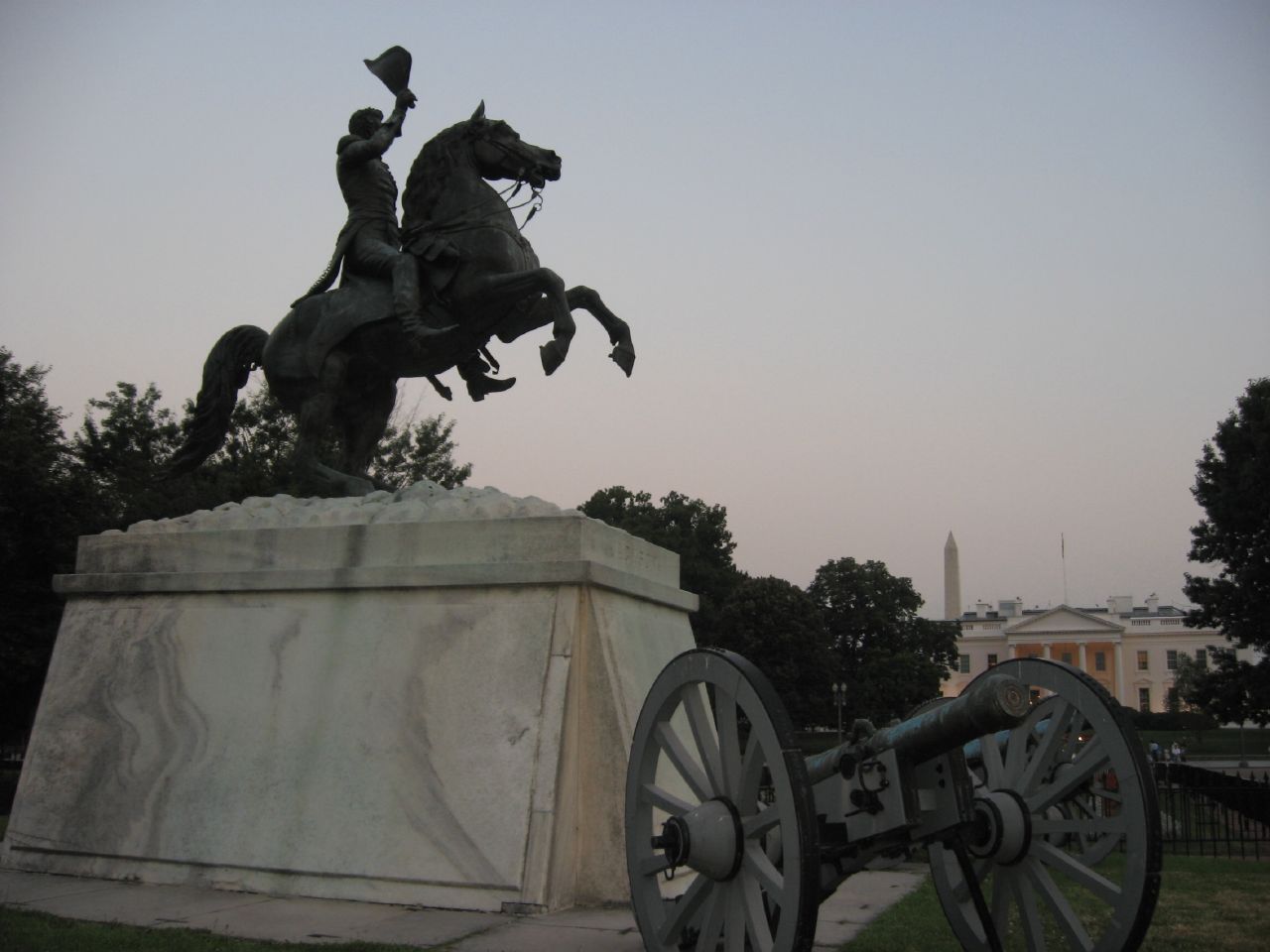 Cemetery, Memorial
The Congressional Cemetery houses a lot of dead people — 65,000, to be exact. It was the only national memorial cemetery founded before the Civil War. Most of its residents are notable for aiding the nation in times of trial and tribulation, and it provides many congressmen with their final resting place. The infamous former FBI director J. Edgar Hoover is also buried here — he was a menace while alive, so what would change in death? Cindy Hays, the executive director of the Congressional Cemetery, claims that working with (and appeasing) the paranormal is all part of her job, and she has witnessed the cemetery’s deceased residents walking about. Roam through the colossal, secluded cemetery in the wee hours of the morning, and see what eerie things await — if you dare.
More Info
Open In Google Maps
1801 E Street Southeast, Hill East, Washington , District Of Columbia, 20003, USA
+12025430539