A Brief History Of The National Mall, Washington D.C. 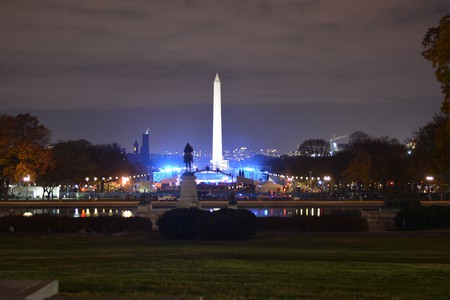 Approximately 25 million tourists walk along the National Mall in Washington, DC each year — many of which are unaware of its extensive past. The Mall’s initial proposal took over a century to be developed and transformed into the outdoor space that it is today. From 1791 to 2016, the National Mall materialized from blueprint to reality — and to this day is still transforming.

After George Washington handpicked DC to be the site for the nation’s new capital, French engineer Pierre L’Enfant was commissioned to design the city. In 1791, L’Enfant imagined a “grand avenue” lined with trees and gardens cutting across Downtown DC. His vision became what is now known as the National Mall – the narrow grassy strip that stretches from the Lincoln Memorial to the Capitol Building, separated in the center by the Washington Monument. 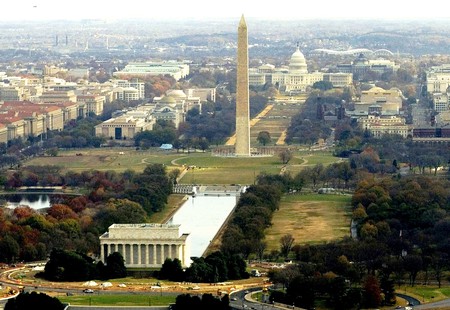 Washington fired L’Enfant before he could fully execute his grandiose plan; L’Enfant had demolished the house of a prominent local landowner in order to construct a new road. The idea of a “national mall” was not resurrected until 1902 in the McMillan Commission, an urban renewal plan to revitalize the city and institute a comprehensive park system. The plan closely followed L’Enfant’s original design, keeping the Mall at the core of the city. It replaced the fragmented gardens and industrial buildings of the 19th century with a continuous open space. Instead of a grand avenue, however, a long stretch of grass was installed. 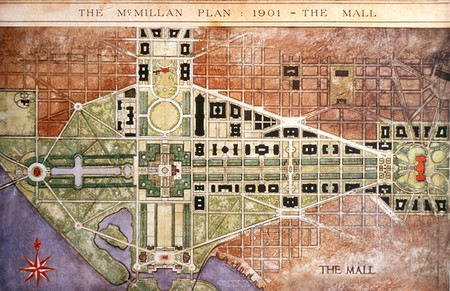 Every year, hoards of tourists head to the National Mall and expect to find something of the shopping variety. Instead, they’re met with a cluster of free distinguished museums surrounding the country’s most visited national park. So, then, why is it called a mall?

In the 17th and 18th centuries, “mall” referred to a place where people would gather to play pall-mall, a croquet-like game. The games were social gatherings, and the term gradually transformed to mean any grassy area where people could gather to socialize and entertain. L’Enfant’s “grand avenue” concept was called a mall by DC residents, but the McMillan Commission, a century later, was the first to officially coin the area the National Mall. 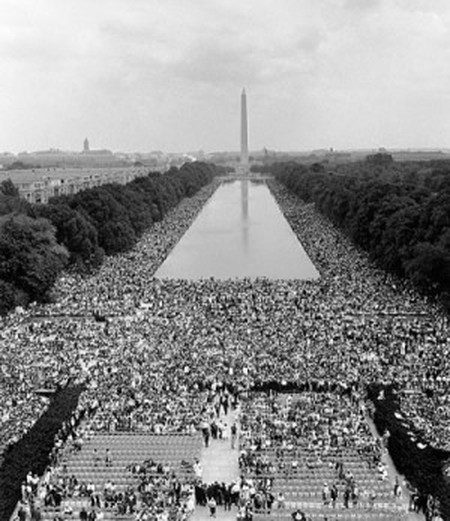 The March on Washington | © US Government / WikiCommons

Since its installation, the National Mall has transformed into one of the most iconic and historical landmarks in the nation. It has been host to a myriad of renowned political protests and speeches – most notably, Martin Luther King Jr’s March on Washington protest followed by the famous “I Have a Dream” speech, and the 1969 protest against the Vietnam War.

Presently, the Mall is nicknamed “America’s Front Yard” and houses more than 65 memorials. However, when the government closes, so does the Mall. During the 2013 government shutdown, the Mall was virtually deserted for 16 days. All museums and monuments were closed due to the federal funding they completely relied on coming to a halt. Hopefully that won’t happen again anytime soon – looking at you, Congress – so head down to the National Mall and appreciate its rich history and intricate design.