The Greatest Inventions From Washington, D.C. 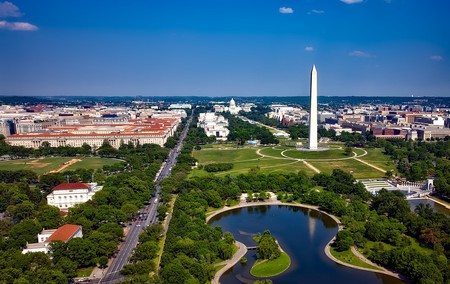 The U.S. Patent and Trademark Office is under 10 miles (16 kilometers) away from Washington, D.C. in Alexandria, Virginia. This office grants U.S. patents, fulfilling the Constitution’s call to “promote the Progress of Science and useful Arts.” While D.C. is known for its politics and legislation, it’s rarely celebrated as a hub of innovation and invention. Here are the four surprising inventions from D.C.

Charles Richard Drew, a D.C. native, was an African-American surgeon credited with discovering how to store blood plasma, saving countless lives in World War II and changing the course of modern surgery.

Drew developed how to store plasma while at Columbia University. He earned his doctorate in 1940, the first black man to achieve this designation at Columbia. Drew spearheaded the World War II effort known as “Blood for Britain” and collected an estimated 14,500 pints of plasma. He also worked with the American Red Cross in 1941, before resigning over segregation policies.

He taught at Howard University in D.C. and served as chief surgeon at Freedmen’s Hospital before his death in 1950.

Half-smoked, half-grilled, 100% delicious. The half-smoke is a style of sausage that finds its origins in D.C. While there is some argument as to who invented it, everyone agrees that it is delicious.

The half-smoke has more kick than your traditional sausage and is made with pork and beef. It’s most traditionally served on a hot-dog bun with chili and onions. You can find it at Ben’s Chili Bowl or Nats Park. 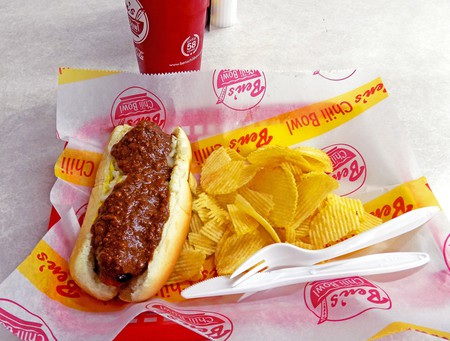 New Orleans has jazz, and Nashville has country music. Washington, D.C., however, is home to go-go. Earmarked by its funk, blues and salsa influences, go-go music exploded in the District in the early 1970s. Originally, go-go was known as the dance clubs, but quickly the dance music also earned this moniker.

Go-go bands have horns, strings, percussions, and keyboards. Musician Chuck Brown is credited as a pioneer of go-go music. It failed to take off in other regions but stayed popular in D.C. through the ’80s.

This important communication tool was the predecessor to the telephone and texting. Invented by Samuel Morse (inventor of the Morse code), the telegraph transmitted electrical signals over wires. The first message was sent from Washington, D.C. to Baltimore in 1844 asking “What hath God wrought?”

A vintage telegraph set | © Joe Haupt / Flickr
Give us feedback