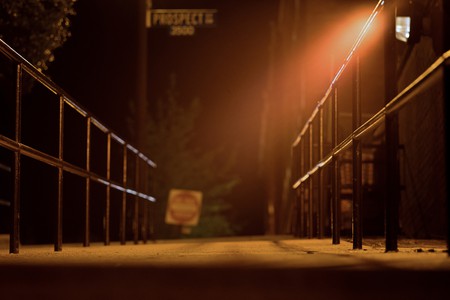 The top of “The Exorcist” stairs | © Mike Maguire / Flickr

Located in the Georgetown neighborhood of Washington, D.C. is a set of stairs, known as The Exorcist steps, which are famous for being featured in the 1973 film The Exorcist. In the movie, actor Jason Miller plays the role of a priest, Father Karras, who falls down the stairs head first and tumbles to his death during an attempt to try and rid a little girl of her evil spirits.

The stone steps are at the corner of Prospect Street and 36th Street NW and provide a shortcut between Prospect St NW at the top and Canal Road NW below, which happens to be at an ExxonMobil gas station. If you look toward the northwest corner, you will see this long, steep staircase. 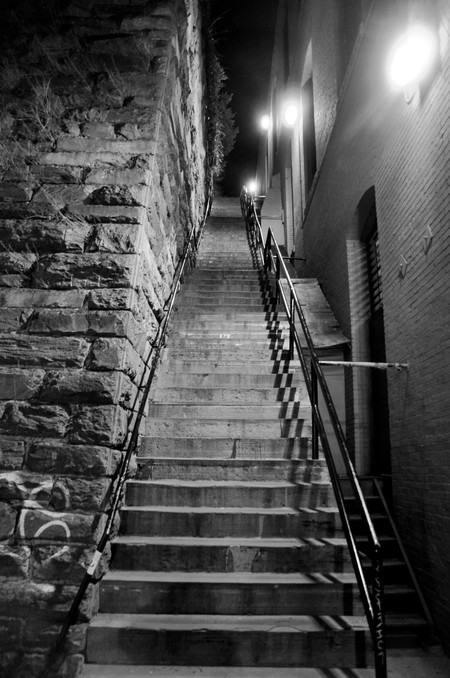 The flight of stairs was originally built in 1895 on the side of a car barn building that once housed trolley cars—at that time, Washington D.C. still used a cable car system. The stairs themselves are somewhat creepy because of their narrow and steep dimensions, and ivy-covered walls. Once you reach the top, it’s nothing spectacular really, a concrete pathway leading to the top of the steps. For movie buffs, however, this locale is definitely a worthwhile stop as they will recognize the site as that of The Exorcist’s climactic showdown between the priest and the demon possessing the 12-year-old girl. Apparently, the stuntman who did this scene tumbled down the stairs twice! 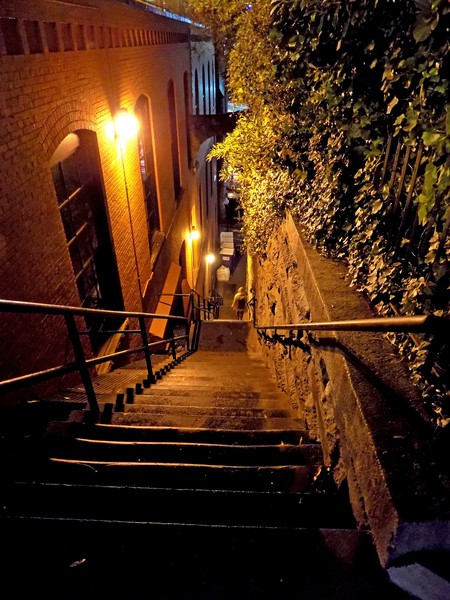 The stairs officially became a “D.C. landmark and official tourist attraction” during Halloween 2015. The ceremony included the film’s director and screenwriter, and a plaque was unveiled at the base of the steps, acknowledging its significance in the history of film and its popularity in D.C.

According to local D.C. folklore, every time a person attempts to count the number of steps, they will have a different answer.

It’s now a popular spot for runners and others who are exercising; they use it for leg-strengthening workouts by going up and down the stairs. Whatever your reason for visiting The Exorcist stairs, just remember to take them one step at a time.