The Creepiest Abandoned Places To Explore Around Washington, DC 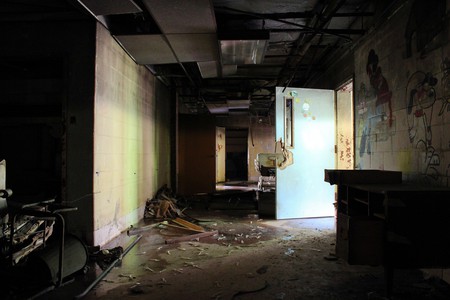 The 20th century happened, unfortunately. Due to rampant mistreatment of the physically and mentally ill, many hospitals were forced to close after allegations of abuse. Other businesses were left in disarray. With such sinister histories, few have been restored, and instead they remain forgotten. Explore DC’s creepiest abandoned spots with our guide.

The mental hospital operated from 1921 to 1991, when it was ordered closed due to reports of mass neglect and sexual abuse. Think horror story 20th century treatment of the mentally disabled: electroshock therapy, force feeding, too many pharmaceuticals, and more. Then there were the bodies – hundreds piled into a mass grave, all dying from vague ‘complications.’ Presently, the premises are guarded 24/7 by federal police, but why? What are they hiding? The sprawling 200-acre compound offers endless nooks and crannies to explore, but you have to sneak past security. Judging from all the pictures available of the run-down facilities, it isn’t that hard to access. (Hint: on foot, through the woods). 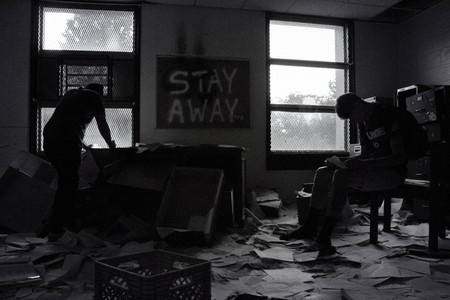 Inside Forest Haven | © Will Fisher/Flickr

After the short-lived renaissance festival closed, its attractions were shipped elsewhere, but the structures remained in place on unmaintained land – leaving them to be reclaimed by the earth. The eerie festival grounds are seemingly frozen in time: a rotting pirate ship grows tangled by vines, while tree branches force themselves through windows of former shops. Weeds overtake paths, and some buildings have collapsed under the weight of vegetation. The absence of knights, horses, and jokers is sorely felt. It’s really ill-advised to go here, as the abandoned property is rented by a hunter’s club that fires at anything that moves, as other humans aren’t anticipated. Maybe just check out this cool drone footage instead.

The abandoned detention center once housed Richmond’s most dangerous inmates under the age of 18. Many of these young offenders committed brutal acts, including murder, rape, and violent robberies. Inside the former deteriorated gym, the floor is nothing more than piles of rubble, and graffiti coats the wall that reads ‘This is what dreams are made of’ – is the tagging is a recent addition by vandals? Or perhaps it was done by an inmate, making it all the more unsettling and caustic. Further into the facility, tiny 10-square-foot cells hold the relics of childhood: a deflated soccer ball, a Nintendo, a bible. What makes a child a monster?

This compound has a particularly grim history – once a hospital for those suffering from tuberculous, a lonely death of quarantine awaited the patients. Afterwards, the facilities were converted into a mental asylum. Yet, the abandoned facilities seem less…sinister than one would imagine. Vitamin D was considered an effective way to treat tuberculosis, and the building permits endless natural light with vast windows and open atriums. Vibrant ivy vines have reclaimed much of the interior, and the compound seems more like an experiment in the beauty of urban decay. Disclaimer: really, really don’t go to this one. Hazards include asbestos, structural issues (seriously, a roof might fall on your head), and protective squatters that may get violent. 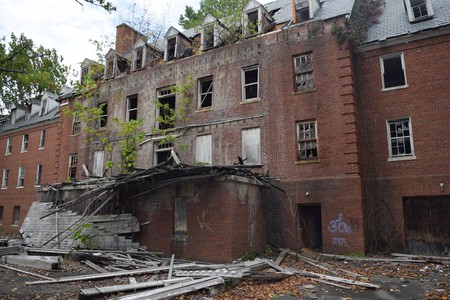 Deep in the forests of Rock Creek Park, there resides a peculiar gathering of old granite stones. Moss and lichen have claimed them for their own, but the 10-foot tall piles of rocks couldn’t have gotten like this on their own accord. These are likely the stones that once belonged to the U.S. Capitol Building – disassembled during 1958 renovations, and then abandoned where most people would never find them. Some likely come from the original Capitol Building, dating back to the 1700’s, before the Burning of Washington. There’s no sign or plaque marking the importance of these stones, and they’re not on any path or map. A piece of U.S. history, resigned to live in the thickets of brush. But the real mystery is a pattern of 14-feet deep holes inexplicably surrounding the stones, for which there’s no explanation.
By Kate McMahon