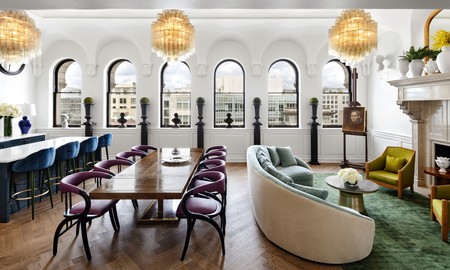 If you’re headed to DC, chances are you’re intrigued by America’s cultural and political history, so a hotel with character is in order. Catering mainly to suited diplomats and business folk, this city is packed with storied buildings reimagined as boutique hotels, fleshed out with some of the best design, food and drink in the game. It’s not all prim and proper, either – outside landmark-central Downtown, each neighborhood has its own energy. 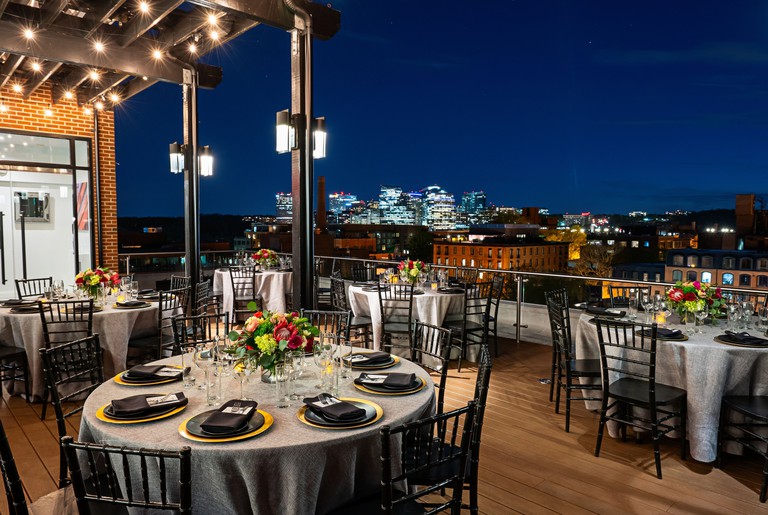 Courtesy of The Graham Washington DC Georgetown / Expedia
View Rooms
Known for its centuries-old university as well as for being John F Kennedy’s old stomping ground, DC’s Georgetown neighborhood is all chocolate-box charm: cobbled lanes, taverns and riverside restaurants. The red-brick building and serene rooftop fit right in with its relaxed elegance, adding lightly chintzy rooms in soothing tones. House nightspot the Alex is a draw in itself for locals – drop by for cocktails and nibbles in a speakeasy setting (try the Bathtub gin and tonic, served in a mini tub).
EVERYTHING YOU NEED TO KNOW 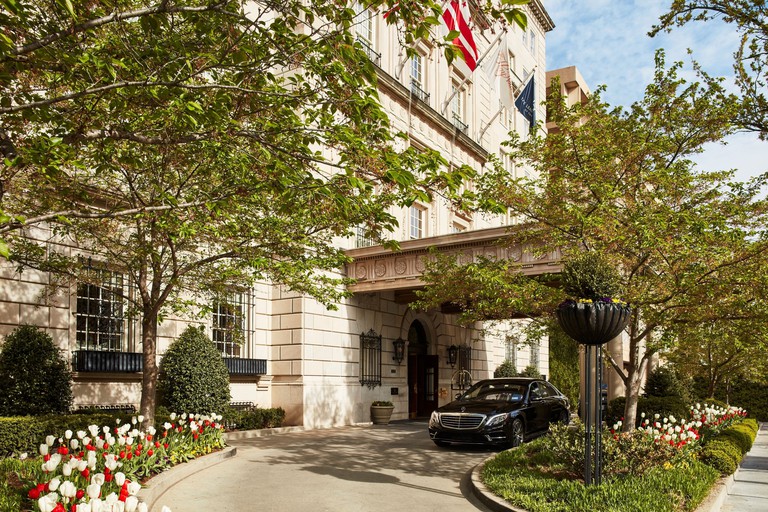 The Hay-Adams | Courtesy of The Hay-Adams / Expedia
View Rooms
Views of the White House and Washington Monument are just the drum roll for this swish stay – the rooms have the heavy, expensive fabrics and cream, gold and mahogany palette to complement your US-history lesson. Downstairs, the ornate wood-paneled lobby is ready for your West Wing walkthrough, after which you can work your way down the wine list in the Off the Record bar. Stepping outside, you won’t need a map: Downtown DC’s landmarks stretch before you like a pop-up book.
EVERYTHING YOU NEED TO KNOW 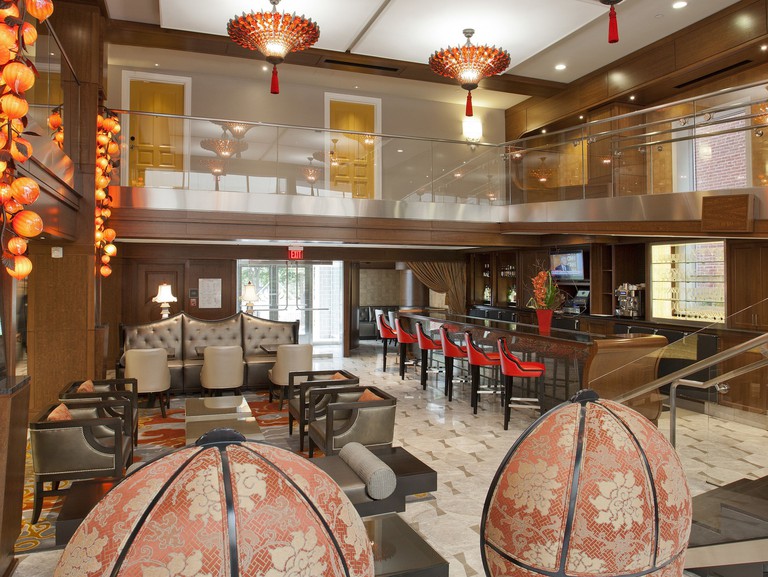 Courtesy of Morrison Clark Inn / Expedia
View Rooms
Also in first-timer-friendly Downtown, this historic inn has a red-brick facade and tranquil courtyard, as well as a few incongruous Chinese-style lamps in the lobby. Inoffensive, oyster-hued rooms are perked up in places by marble fireplaces or balconies facing onto the leafy street. It’s not as highly stylish as some of its rivals, but kind, chatty staff and perks such as free morning coffee in the lobby make this a cockle-warming base.
EVERYTHING YOU NEED TO KNOW 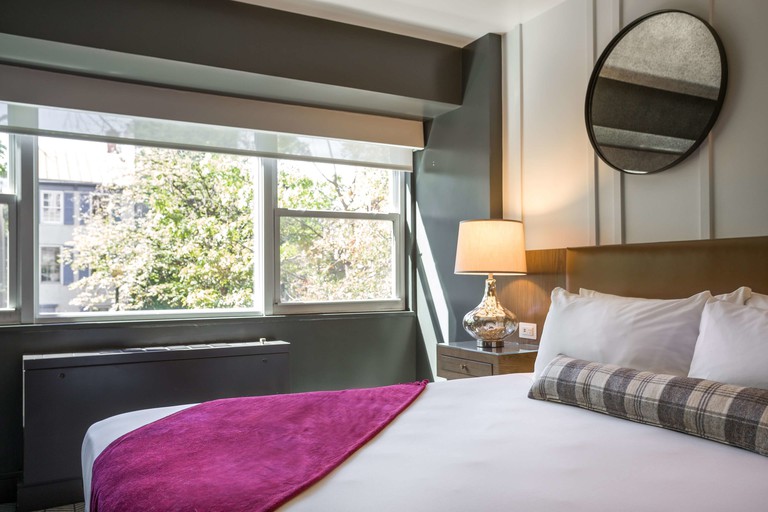 Courtesy of ARC THE HOTEL / Expedia
View Rooms
No fuss, no frills, but with clean-cut style in spades, ARC is a crash pad for the traveler who tends to be out and about. It’s best suited to younger or solo city-breakers (rooms with two queen beds, in particular, are top value for pairs of friends). Close to delightful Georgetown and walkable to the main sights, ARC is a bubble of calm, with its polished woods and ice-white linens. Meanwhile mini-fridges and power showers go above and beyond the basics.
EVERYTHING YOU NEED TO KNOW 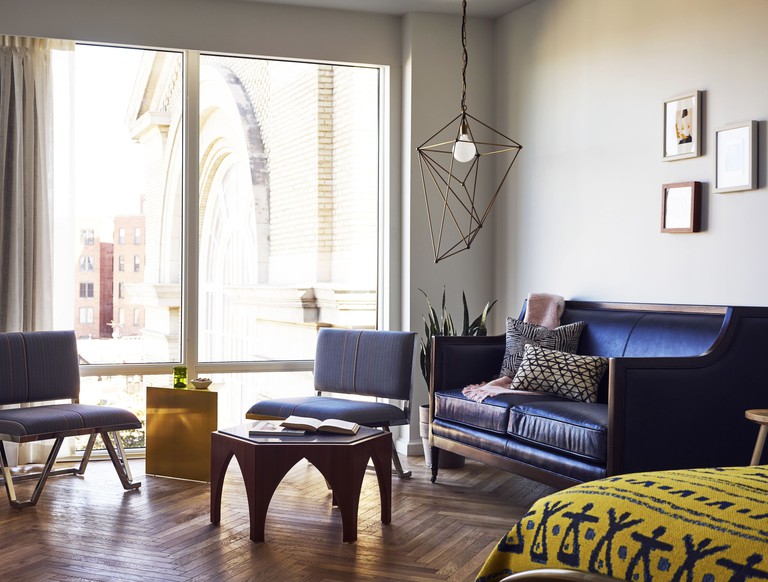 Courtesy of Riggs Washington DC / Expedia
View Rooms
This colonnaded, century-old church has been spruced up by a crack design team, setting industrial-chic light fixtures and lush pot plants against white-box rooms with parquet floors. Ask for a higher floor for killer views. It’s bang in DC’s go-to nightlife neighborhood, Adams Morgan, with its vintage stores and Japanese grills – but the real hotspot is in your hotel. Join a hip crowd over katsu sandos at Asian-persuasion Brothers and Sisters.
EVERYTHING YOU NEED TO KNOW 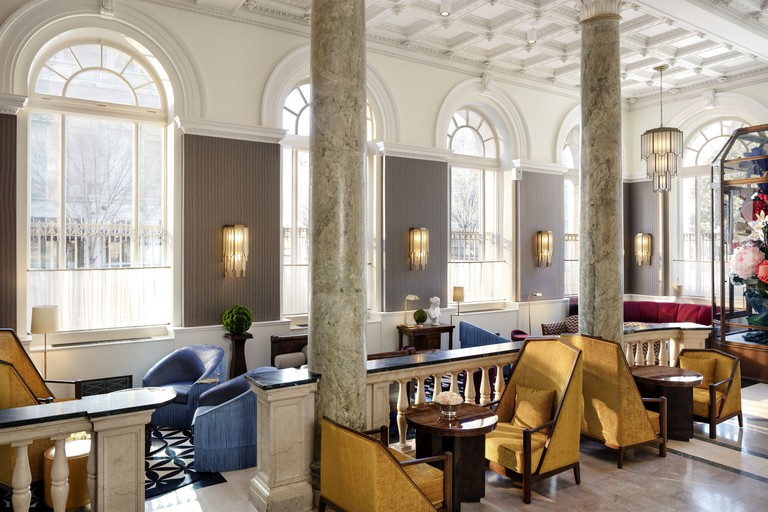 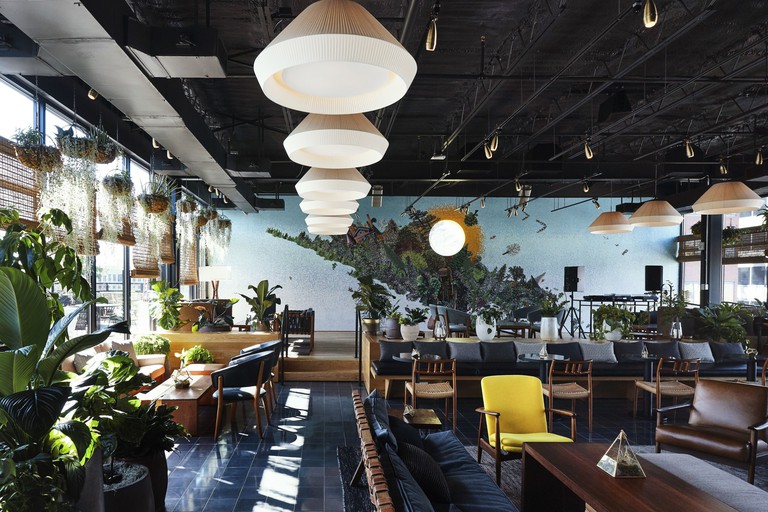 Courtesy of Eaton DC / Expedia
View Rooms
An indie hotel very much following in the hipster footsteps of cult brand Ace, Eaton is a creatively charged, sociable spot with an activist’s spirit. From the locally sourced, vegan-leaning bites at American Son to yoga sessions and inspirational movie screenings, this hotel is all about connecting with a community and making a difference. Just in it for the room? Wall-sized art, colorful woven throws and record players take you back to the resistance spirit of the seventies.
EVERYTHING YOU NEED TO KNOW

American Guest House | Courtesy of American Guest House / Expedia
View Rooms
Old-school in a quaint, wood-paneled sense, this is the other end of the scale from DC’s hip–minimalist hotels. Ornate wooden writing desks, tiled fireplaces and tasselled curtain cords make you feel like an out-of-towner ‘taking rooms’ in a 19th-century novel. You’re slightly off of the tourist track, up between Dupont Circle and Adams Morgan, but you’re rewarded with the quietest – and comfiest – night’s sleep in town.
EVERYTHING YOU NEED TO KNOW 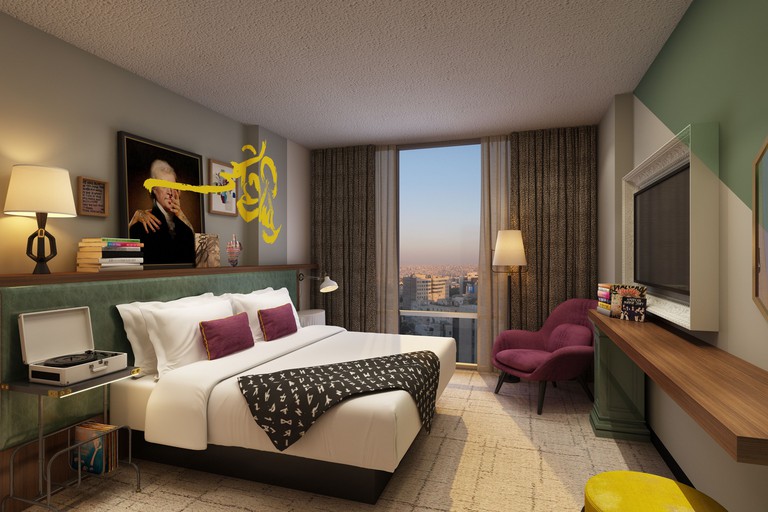 Courtesy of Generator Hotel Washington DC / Expedia
View Rooms
Generator’s sharply designed ‘poshtels’ changed the game when they sprang up in cities from Berlin to Miami. And the room design in this DC outpost doesn’t sit on the fence – pastel walls and geometric mirrors clash happily against hot-pink scatter cushions and graffitied oil paintings, while for real bargain-seekers, more subdued dorm rooms have bunk beds from $30 (£23) a night. One major perk (for summer, at least) is the medium-size swimming pool on a shaded terrace, surrounded by comfy loungers – the perfect spot at Generator when you need to switch off.
EVERYTHING YOU NEED TO KNOW
Give us feedback