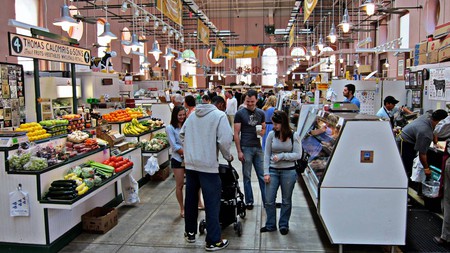 Nestled just blocks behind the US Capitol Building, a quaint neighborhood on Capitol Hill houses a local market. This famed food and arts market began in 1873 and continues to thrive. Eastern Market, one of the world’s liveliest and most diverse marketplaces, acts as the glue of a community. Find out more.

Eastern Market is the name of a renowned market housed in a brick building. It’s the last historic public market still operating in DC. Inside, a cornucopia of food stalls await. Locally grown produce, freshly baked breads, artisan cheeses, and hand-squeezed lemonade, there are numerous samples to taste. The indoor food market operates Tuesday through Sunday and closes on Mondays. 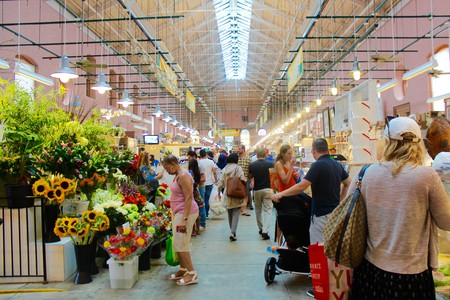 The high ceilings in the main hall seem straight out of the grand feasts at Hogwarts in Harry Potter. The open space provides ample room for mingling and tasting but still creates a sense of intimacy and of being firmly rooted in the neighborhood. The market is always bustling with residents who are eager to support both small farmers and community artists.

The market’s vibrant scene appeals to all the senses. Marvel over the size of organic peaches and inhale the ubiquitous scent of flowers. Peruse through rows of outdoor food stalls, dubbed the Farmers’ Line, which allow farmers from rural counties in Delaware, Virginia, and Maryland to directly unload their freshly picked produce. 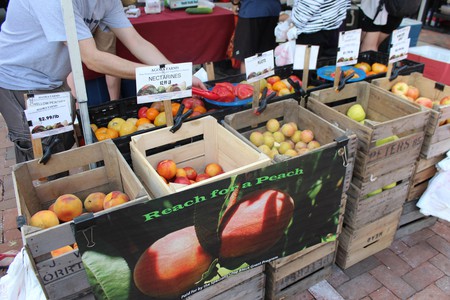 At the weekend outdoor arts market you can purchase modern paintings of the DC skyline and innovative handmade jewelry. Pick up a unique piece at any of the many art stalls. Vendors include Painter Paige, who creates 3D abstract collages, Jacq’s Dolls, and Rebound Designs, the latter a small business that constructs accessories from used books.

On Sundays year-round, a pop-up flea market merges with the arts market, creating a two-block street festival with live music. Around 100 stalls are managed by a diverse range of vendors representing five continents. The flea market offers more antique-style and collectible items along with eclectic clothing. The event was voted the second-best flea market in the world in a Huffington Post poll. 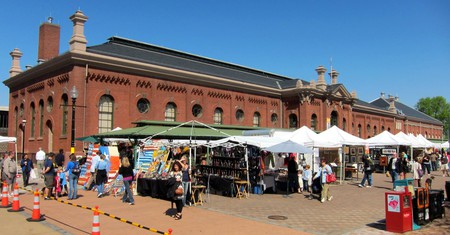 The flea market is known for its inclusivity and continued support of aspiring merchants. Now in its 33rd year, it boasts that ‘though we aren’t the largest, we’re arguably the most diverse.’ They celebrate their artists who have ‘hit it big’ and established national companies yet started off with only a Sunday stall.

In 2007, tragedy struck and a colossal fire engulfed the market, which was closed for two years during repairs. Fortunately, the DC government and the Capitol Hill community banded together to maintain the Farmer’s Line during construction. Many locals depend on the venue for their livelihoods. The market sustains the community and vice versa. It reopened to a delighted crowd in 2009.

Eastern Market is now approaching its 150th year in the home it’s had since its inception by visiting you support its talented merchants while stepping through over a century of history.

Eastern Market is metro accessible via the blue/orange lines. 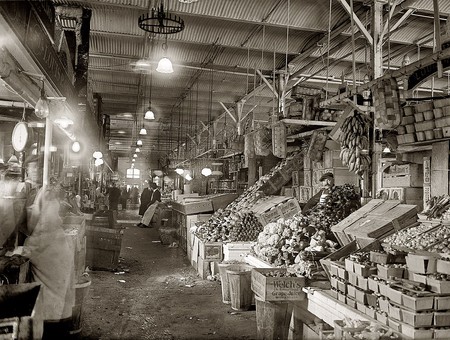