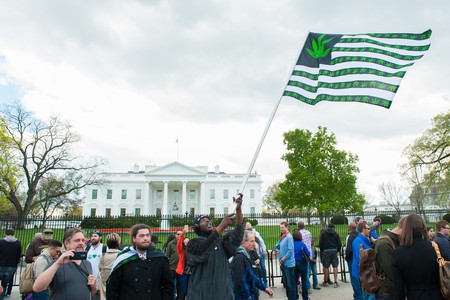 Marijuana legalization in Washington, D.C. has been a long time coming. Medical marijuana was legalized in D.C. in 1998, although a long legal battle blocked implementation for almost 11 years. It was decriminalized in 2014, with law enforcement issuing warnings and fines instead of jail time for convicted offenders.

The most important place to start when navigating the semi-legalized D.C. marijuana market is knowing the law. In February 2015, D.C. passed the Legalization of Possession of Minimal Amounts of Marijuana for Personal Use Initiative, commonly known as Initiative 71. The law states that anyone over the age of 21 is permitted to possess up to two ounces of marijuana to be used on private property. It also allows for the possession of associated paraphernalia and sets a limit on how many plants you’re allowed to grow (which is six).

You’re still not allowed to recreationally purchase marijuana, however. According to Initiative 71, a person can be arrested for selling any amount of marijuana to another person. Essentially, D.C. is stuck in a weird purgatory where you’re not going to get in trouble for having pot, but it won’t be as easily accessible (or price-regulated) as it is in a market like Denver or Seattle. 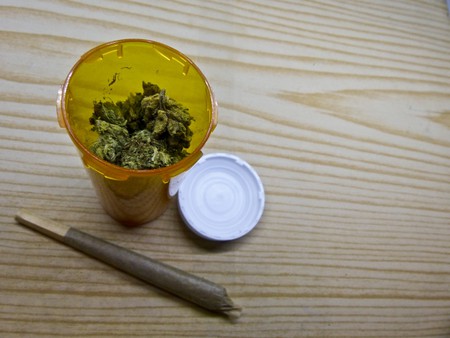 Medical marijuana cigarette and buds in a prescription container | PublicDomainPictures.net

The good news is that despite the relative hoops you’d have to go through to find and purchase marijuana in D.C., the penalties are virtually nonexistent. According to D.C.’s official police website, “If the person says they are at least 21 years old but cannot prove their age, the person will be issued a warning ticket by the MPD officer.”

“The seized marijuana will be returned if the person brings the warning ticket to the police station in the police district where the seizure occurred (no sooner than 24 hours and no later than 21 days after the seizure) and provides proof of age.”

Because of the way that Initiative 71 is set up, the most popular way to get marijuana in D.C. is to be “gifted it.” Over the past three years, a number of different startups have cropped up in D.C., each offering their unique spin on the evident loophole. Pop-up events have become increasingly popular, where vendors will set up shop, charge an entry fee at the door, and then offer a variety of free goods.

For women, a startup named Golden Pineapple has entered the scene—casting aside the image of the 20-something stoner male. Golden Pineapple is a “woman-owned lifestyle brand at the intersection of cannabis, cuisine, art, and social justice.” One of their most popular events is a Yoga + Tea experience that they offer a half-dozen times per month.

Delivery services have also become popular in the District. Looking to indulge that sweet tooth? Red Eye Delivery offers a pack of six freshly baked chocolate chip cookies delivered right to your door. The $60 price tag seems a little steep for cookies until you see the generous gift that Red Eye offers as well.

Sometimes your diet just can’t afford to buy six chocolate chip cookies—we get that. Vendors like LOCAL’d, Paper Boy Delivery, and Pink Fox offer a wide variety of products. Whether you’re looking for paraphernalia, clothes, or even local art, there’s more than likely a vendor in D.C. that has what you want.