A History Of Washington, D.C.'s U Street 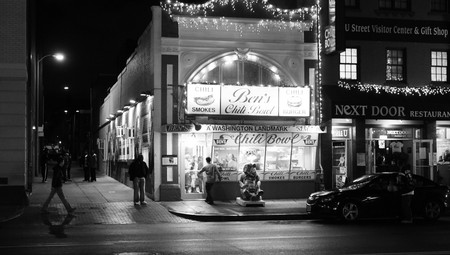 Once known as “The Black Broadway,” the U Street Corridor was the epicenter of black culture and art for much of the 20th century. After the slaves were freed in the post-Civil War Era, a great migration northward occurred, and many of them settled in Washington, D.C. Due to racially segregated housing elsewhere in the District, U Street became many of their homes in the early 1900’s. The neighborhood has witnessed a lot since its initial days – from race riots to luxury condominiums. But it’s spirit lives on.

U Street developed in the mid-19th century and is styled after Victorian Era architecture, but the neighborhood wasn’t populated until The Great Migration. Its rapid development came in response to the ensuing housing shortage from the new arrivals. U Street became home to the descendents of slaves, many of whom still live there today. The neighborhood briefly held the largest urban African American community in the nation, until surpassed by Harlem. And for over half a century, it thrived. 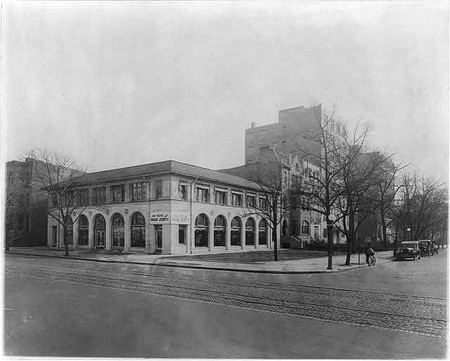 The famed Ben’s Chili Bowl, opened in 1958 by Ben and Virginia Ali, came to U Street in its prime. The neighborhood was profitable, thriving economically, and had lots of soul. It was a mecca for jazz and culture – Duke Ellington was raised on U. Virginia recalls how “classy” the neighborhood was when they opened Ben’s doors.

But following MLK Jr.’s assassination in 1968, U Street endured years of violent racial riots, and the neighborhood declined. The smoke from all the fires made it hard to breathe, the residents remember. Businesses moved elsewhere. The area became a haven for drug trafficking. 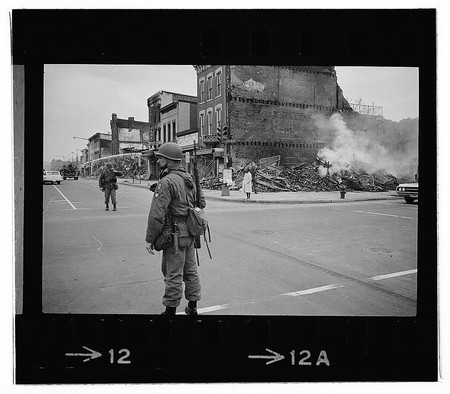 After decades of civil unrest, Polly’ Cafe opened its doors in 1992 – one of the first new businesses the neighborhood welcomed since the assassination. Polly’s arrived on U when even cab drivers refused to take customers into the corridor. The restaurant revitalized the neighborhood.

As the 90’s progressed, developers breathed life into U Street, and the people returned. Infrastructure like Capital Bike Share, a metro stop, and new housing developments helped to restore the neighborhood to its former glory and charisma. Tour buses added U Street to their itineraries, and with tourists came money and investments. Crime declined. 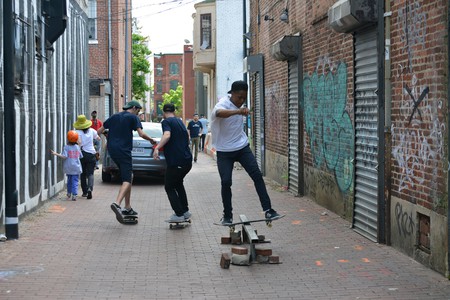 While other historic black neighborhoods have been gentrified, U Street mostly maintains its roots. Bold African American graffiti can be found in almost every alley – including a vibrant portrait of Ben Ali. The historic Howard Theatre, which opened in 1910, still operates and hosts soulful black entertainers – as it has for over a century. Ben’s Chili Bowl is recognized as a historic landmark, and it’s the number one tourist destination in the capital. The neighborhood is also the site of many #blacklivesmatter protests.

The lively street performers, quaint row houses, and exquisite murals, which pay homage to its rich history, give U Street a unique identity that no one can erase. The neighborhood hosts an annual funk parade that provides a platform for local entertainers, and there’s endless dancing and community spirit to bring people together. The funk will always live on U. 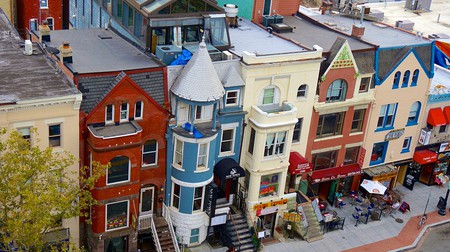 © Ted Eytan/Flickr
Give us feedback