Visitors to Washington DC may gravitate towards certain neighborhoods, such as Georgetown, or spend most of their time among the museums, galleries, and monuments on the National Mall. An exploration into DC’s diverse neighborhoods will further enrich the experience of visiting the nation’s capital. Shaw neighborhood in northwest DC has changed significantly in the past decade, but historical memory has been preserved in the businesses, buildings and memorials. 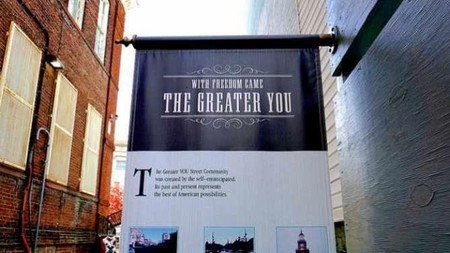 The African American Civil War Memorial and Museum commemorates the bravery and sacrifice of the more than 200,000 soldiers who fought in the Civil War as part of the United States Colored Troops (USCT) division. Their stories are told in photographs, sculpture, and through documents preserved from the war. The memorial can be explored on its own as it stands a few steps away from the U Street metro stop. The accompanying museum across the street offers guided tours with well-versed historians who retell history in an accessible way for both domestic and international audiences.

Since 1922, the Lincoln Theatre has premiered some of the most famous American musicians, such as Nat King Cole and Louis Armstrong. Its beautiful interior has a timeless feel and it appears as if the Harlem Renaissance and Roaring Twenties have been preserved for modern-day visitors to experience. The theatre features a wide variety of comedies, classics, as well as international artists with tickets at reasonable prices. 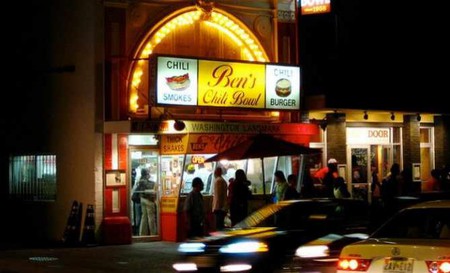 Since 1958, this classic diner has been serving up all-American favorites such as hamburgers, hot dogs and chili. Ben’s Chili Bowl is a famous spot for the famous, such as President Barack Obama and The Tonight Show host, Jimmy Fallon. A trip to Shaw neighborhood must include a stop by Ben’s to at least take a picture, if not try one of the famous chili dogs with fries. For more than 60 years now, this iconic diner has stood the test of time and continues to draw large crowds and grow ever more popular.

Opening its doors in 1910, Howard Theatre provided a space for comedies, dramas, musicals, bands and dance productions. Known as ‘the largest colored theatre in the world’ at that time, it was a place for African-American artists to perform and feature their talents. Famous artists to perform within the walls of Howard Theatre include Duke Ellington and Aretha Franklin. President Franklin D. Roosevelt attended shows there during his tenure.

This gallery in the heart of Shaw neighborhood has grown to become the largest contemporary art gallery in the capital. Originally established in 2006 to house local artists’ works, Long View Gallery has expanded over the last ten years to include exhibitions by international artists. The lineup of exhibitions is exhaustive every month, filling the 9,000 square foot space with unique works in wood, steel, ceramics and other mediums.