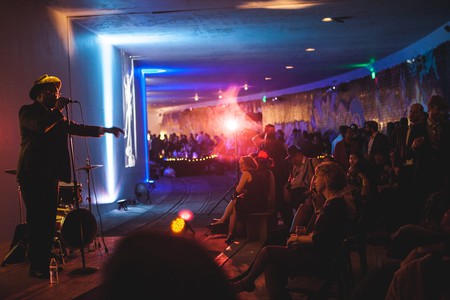 For years, only D.C.’s rats could appreciate this subterranean, walled-off, former trolley station. But these days, Dupont Underground beats with unconventional, multimedia performances that flow in and out of its tunnels.

Built in 1949 beneath Dupont Circle, one of D.C.’s most culturally vibrant neighborhoods, Dupont Circle Station initially received some notoriety as the only underground streetcar system in the United States. A joint effort of the Capital Transit and the city, the trolley tunneled from N Street to R Street before re-emerging above ground. Although it fulfilled its purpose by reducing congestion in the circle of streets flowing out to the White House, this station’s time in the spotlight wouldn’t last.

In the 1960s, the tunnels functioned as a fallout shelter/storing place for rations in the event of a nuclear war. Then, in 1975, they were sealed off and entirely abandoned. In 1995, an enterprising entrepreneur made a sputtering go at repurposing the Dupont Circle Station. Dupont Down Under featured 12 vendors selling food out of streetcars (a play on food trucks).

This Thursday at The Underground // @stainsofasunflower — link to tickets in bio 🌻

In person, patrons found the dark, windowless atmosphere more off-putting than appetizing, and workers, likewise, lost morale. As described in the Washington Post, conflicts between seven of the food court tenants and the project’s developer led to the venture’s demise after only a few months. Once again, the tunnels were closed up and ignored.

In Smithsonian Magazine, Matt Blitz reports how an architect, Julian Hunt—originally from Barcelona and a D.C. resident since the early 2000s—glimpsed in the Dupont Circle tunnels an opportunity to put D.C. on the map. Hunt believed the underground space could percolate art, performance and conversation, much in the manner of Dusseldorf’s Kunst im Tunnel (an underground art museum). He put together a board to begin fundraising.

Local artists got to work in 2016, transforming the underground tunnel walls into dynamic graffiti displays and stimulating art installations with dramatic lighting. Dupont Underground’s dancers and artists collaborated to highlight its unique architectural features, including light and shadows.

When reopened to the public in 2016, the space’s potential was becoming obvious despite piles of glass and scattered materials left over from the food market project. The tunnels opened for visiting hours and soon began hosting cutting-edge artists, performers, and diverse audiences not always serviced by more mainstream venues. 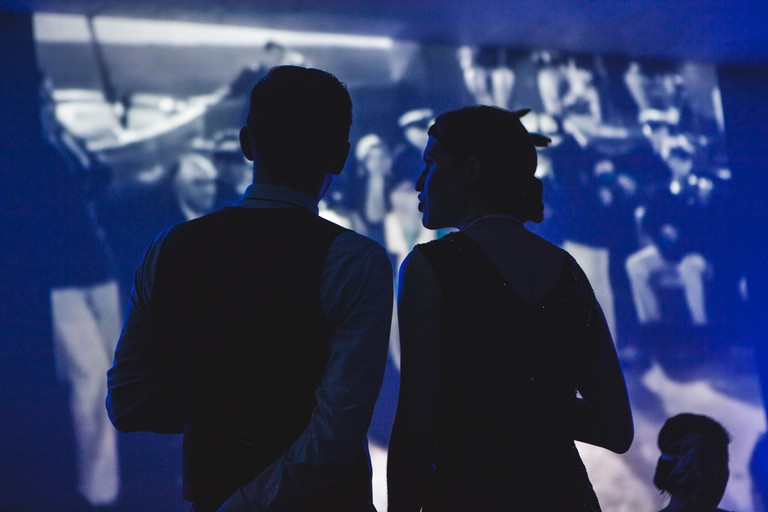