D.C. Theater Guide: Where to See a Show in Washington, D.C. 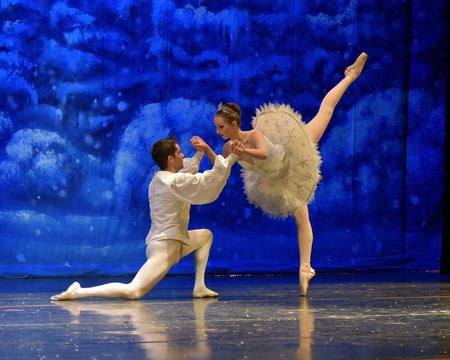 Just like the old song says, “There’s no business like show business,” and Washington, D.C. has more than its fair share of theaters. On any given day of the week, you can catch a Broadway show at the 200-year-old National Theatre, fall in love with ballet all over again at the Kennedy Center, or push the limits of your imagination at a cutting-edge, experimental show at Woolly Mammoth. With 15 theater venues and dozens of genres to choose from, you’re sure to find a play, stand-up routine, or concert that suits your fancy.

The spirit of American theater is alive and well at Arena Stage. For 66 years, this visionary stage has incubated, produced, and staged classic, experimental, and emerging American works and cultivated new artists. A clean, modern venue offers audiences and theater professionals a unique environment in which to experience America’s multicultural perspective.

Built in 1929 to accommodate the Daughters of the American Revolution’s annual convention, DAR Constitution Hall is Washington, D.C.‘s largest concert hall and regularly hosts a diverse range of music, dance, cultural, and entertainment programs. A historic, Neoclassical gem, it welcomes over half a million patrons each year who come to see the fantastic lineup of guest performers that in the past have included Robin Williams, Whitney Houston, and Chris Rock. 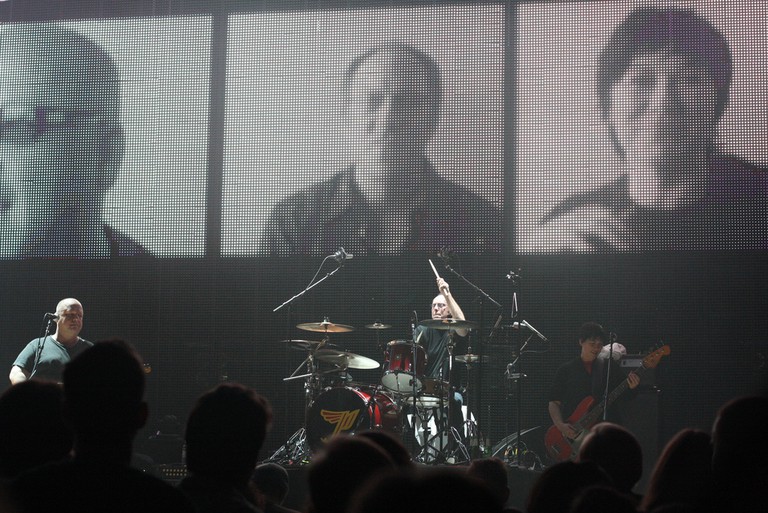 The Bard would most likely be proud of the legacy his life’s work has created at the Folger Shakespeare Theatre, which is the performance arts venue for The Folger Shakespeare Library. Dark paneled walls, intimate spaces, and an ambiance that reeks of Tudor England, the same styling is apparent in the theater as well. As if plucked from the past, the performance stage was the first Elizabethan-styled theater built in North America; it lends authenticity to the staging of the classics that is unmatched on a modern stage. Programming includes early music performances by Folger Consort, poetry readings and multimedia presentations as part of O.B. Hardison Poetry, and other interactive arts and cultural programming via Talks, Screenings & More.

If it’s drama you’re after, it doesn’t get more dramatic than watching a play in the same theater where President Abraham Lincoln was shot in 1865. Yes, it’s a bit macabre, but it’s authentic. This historic theater in Penn Quarter offers tours during the day, led by the National Park Service, and at night, it transforms into a fully functioning professional theatrical venue. Lincoln was a huge fan of the theater, and in his honor, Ford’s Theatre specializes in plays and performances relevant to Lincoln and the American experience. 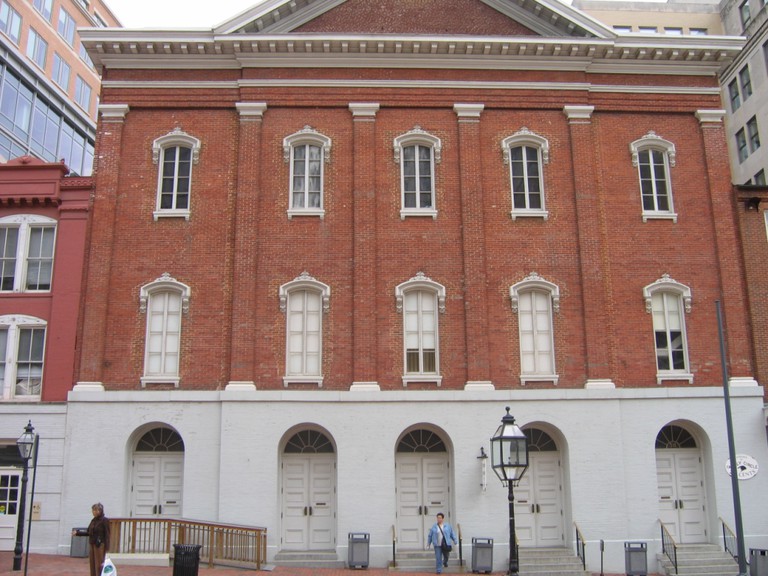 The Howard Theatre was hip and happening long before the Apollo or Regal theaters, and in its heyday, it was “the largest colored theatre in the world.” Built in 1910, it had an extraordinary run as the premier performance venue for African-American performers, and during segregation, everyone crossed the color barriers to see greats like native son Duke Ellington, Billie Holliday, and Ella Fitzgerald perform. Abandoned for decades and renovated and reopened in 2012, it’s once again a premier stage for African-American hip-hop, jazz, gospel, R&B, and pop performers. 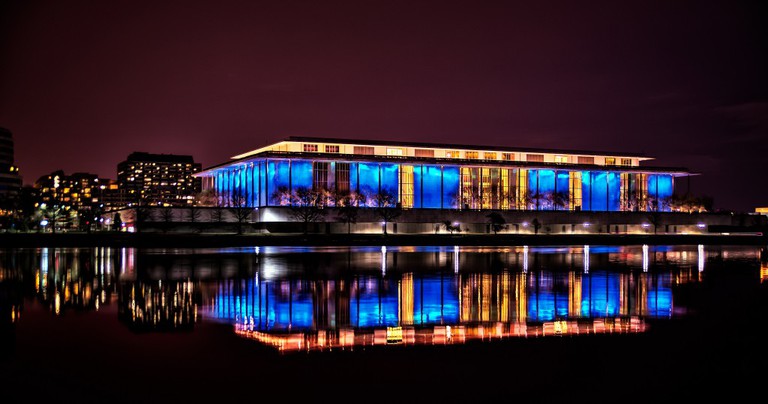 University performance centers offer some of the best programming options in cities around the world, and Lisner Auditorium is at the top of the list. Set on the George Washington University campus, it has a reputation for hosting outstanding music, dance, literary, and cultural events, and on any given week, you can expect to find a Ladysmith Black Mambazo concert or lecture and reading by David Sedaris.

The National Theatre is a beloved institution in Washington, D.C. and is often where many Washingtonians see their first Broadway production. This landmark has stood on Pennsylvania Avenue for 200 hundred years and still has the best seats anywhere for Broadway shows. If you have kids, consider taking them to Saturday Morning at The National, which offers free puppet shows and dance and music performances that delight and engage children ages four to 10. 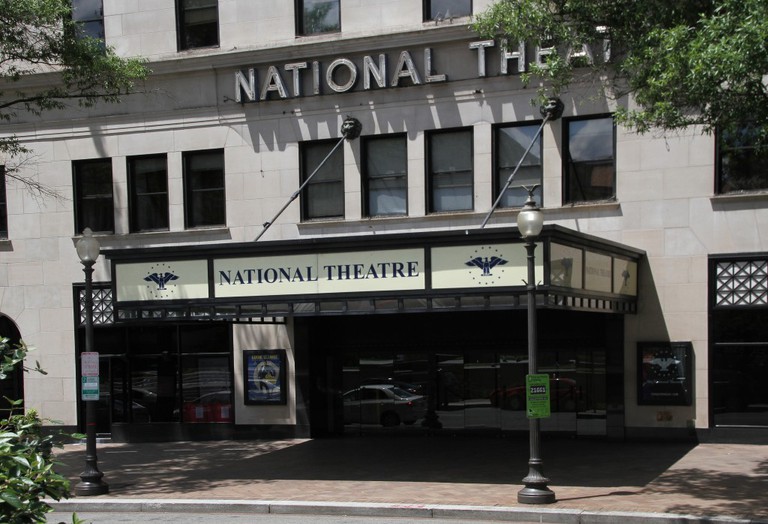 The Shakespeare Theatre Company is a leading national theater company that for 30 years has stretched the boundaries of classical theater by staging the plays of Shakespeare, his contemporaries, and generations of playwrights he influenced. Two theaters, Sidney Harman Hall and the Lansburgh Theater, stage groundbreaking, influential, and experimental works that delve into profound subjects and offer deeply moving experiences with a distinct American staging and interpretation.

The Studio Theatre is a cutting-edge theater company that produces contemporary theater for its four intimate stages and features an acting conservatory for classes and training. It presents the most thought-provoking and newest works by the greatest modern writers, and according to Variety, it’s “where local audiences will find today’s edgiest playwrights.”

If you’re from Detroit, the gorgeous Art Deco stage at the Warner Theatre – constructed in 1924 as a movie palace – may look familiar as theater architect C. Howard Crane of Detroit designed it. Originally built for new vaudeville productions and silent movie shows, it’s D.C.’s only surviving movie palace downtown. Locals, fans of stand-up comedy, and HBO viewers are familiar with the Warner Theatre primarily for its star-studded shows featuring great comedians like Wanda Sykes. Also, famous bands like the Rolling Stones and other programs such as talks and book signings, including those by Julia Child and Jacques Pepin, have taken place there over the years.

Nobody in Washington does what Woolly Mammoth Theatre Company has done so well for 38 years: nurture, support, produce, and stage original plays that go on to become testaments to the theater’s mission to “explore the edges of theatrical style and human experience.” Wooly Mammoth connects with its audiences like no other company in D.C. In addition to original plays, it provides unique programming that engages viewers with post-performance discussions and gives back to the community with ticket accessibility programs like “Pay-What-You-Can” performances and $15 “Stampede Seats.”

Located on the National Mall, Smithsonian’s Discovery Theater, founded in 1964, specializes in puppet theater, and over the decades, it has grown into an extensive cultural and educational performance center that serves as a “gateway” to art, music, math, science, and the Smithsonian for children. It has spawned the growth of a range of entertainment programs, including award-winning Dinorock, which got its start at Discovery Theater. 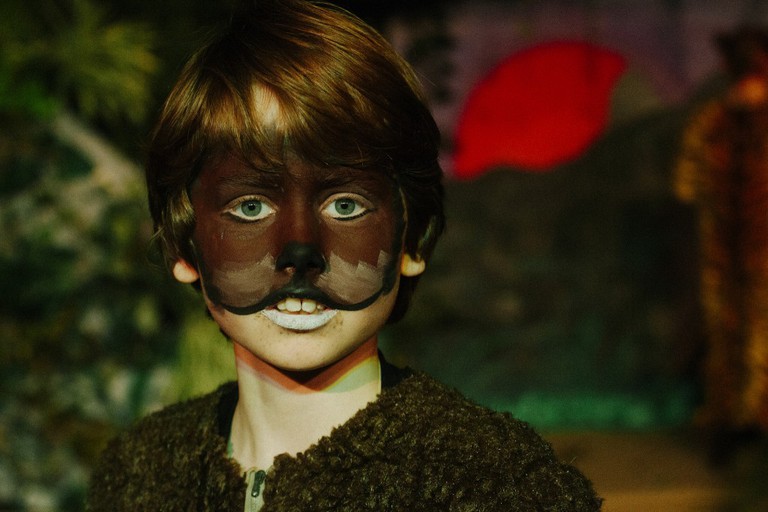 Located in Bethesda, Maryland, just across the border from Washington, D.C., Imagination Stage offers professional theater performances year-round as well as after-school programs, classes, and summer camps for children and adults. It was founded in 1979 and is the Mid-Atlantic’s largest theater arts center for young adults. All of Imagination Stage’s programs are accessible to all children, regardless of their physical, cognitive, or financial status, and the organization offers ASL-interpreted and open-captioned performances, as well as large print programs, accessible seating, and assisted listening devices.