City on a Plate: The Flavour of DC, According to its Award-Winning 'Jew-ish Deli' 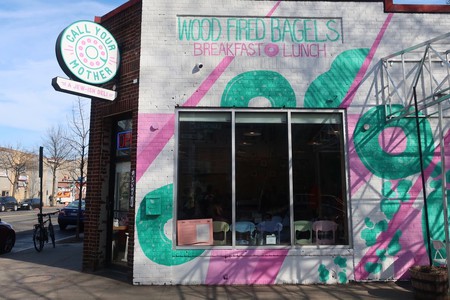 Culture Trip talks to the world’s most talented chefs about the cities that inspire them and the sights, smells and sensations that drive their approach to food. Andrew Dana and his partner Daniela Moreira have been the ones to finally bring good bagels to America’s capital, with their acclaimed sandwich shop, Call Your Mother. 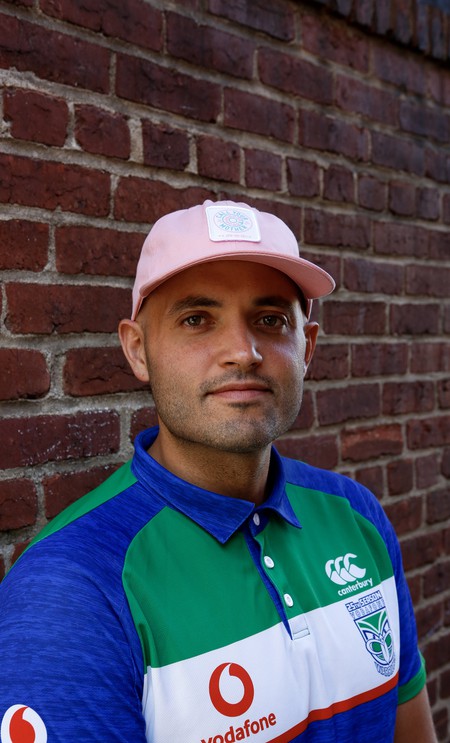 On any given day along Georgia Avenue in Washington DC, you can expect to see a queue snaking away from the cornerside door of Call Your Mother deli. Just over a year since opening, this self-styled “Jew-ish” deli has already acquired cult status in the American capital for having the very best bagels in the city (something that was allegedly a difficult find up until that point). The hype hasn’t been contained to Capitol Hill, however; Call Your Mother has grabbed national acclaim from all quarters, winning plaudits from Eater, Bon Appétit, Food & Wine, and even the James Beard Foundation.

Head chef and co-owner Daniela Moreira even earned a place on Forbes’ 30 Under 30 list. Her partner, and partner-in-crime, Andrew Dana, is equally integral to the success of Call Your Mother. A DC boy through and through, Dana opened a food stall with a friend in 2014, going in on a $32,000 wood-burning pizza stove as one last roll of the dice to get him out of his day job at an education tech company. This stall snowballed into becoming the Timber Pizza Company, opening in brick-and-mortar in 2017, and quickly establishing itself as one of the capital’s best pizza joints within months of opening. Dana’s Midas touch, coupled with Moreira’s prodigious cooking skills (honed at the esteemed Culinary Institute of America), have brought similar – and perhaps even greater – success to Call Your Mother.

It’s not hard to see why either, considering the range and the inventiveness of its deli menu. Ostentatious sandwiches like the Rihanna-Flex (a deluxe riff on smoked salmon and cream cheese) and the Efron (whitefish salad with bacon and seasonal greens) grab attention for their name and contents alike, whereas ‘Jew-ish’ creations like pastrami fried rice and cheesesteak challah rolls keep their diners coming back at all times of the day. Culture Trip spoke to Dana about the diversity of DC, the flavours and cuisines that excite him, and how food is integral to the city’s culture. 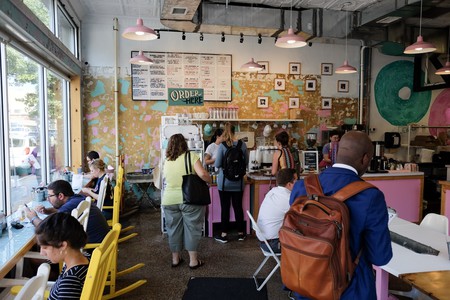 I’m Andrew Dana, co-owner of Call Your Mother deli and Timber Pizza Company. We specialise in wood-fired cooking and baking across our two restaurants, and our ethos is simple. We like to make classic comfort foods, with just that little bit of a twist that takes them to the next level. Nothing too fancy, nothing too “foodie” – just good, simple, honest, addictive food!

Our flavour is variety, variety in abundance! DC is a melting pot, with so many cuisines and traditions and techniques and products from around the world; there’s nothing you can’t find here somewhere. Look at the amazing El Salvadorian food we have here, on Mount Pleasant Street and everywhere else. It’s been here my whole life and I’ve always loved it – DC people love their pupusas (a thick flatbread from El Salvador), and I’m no different.

Or our Ethiopian food, which is the very best in the country without a shadow of a doubt. The first time I tried it, at a restaurant called Etete, I was in high school, and it blew my mind. I’m still hooked: I even sprinkle berbere spice, the staple of Ethiopian cooking, all over my popcorn at home. There’s nothing it doesn’t improve, you should try it yourself!

We like things to be authentic and real. I think DC is tired of fine-dining, and being force-fed “stories” and “narratives” and being “taken on a journey” over the course of a 20-course taster. We care about our food, we care about deliciousness, and we want stuff that’s the real deal. We can also smell BS from a mile off, and we know when some places are trying too hard. Just because you put Mambo Sauce on your menu doesn’t mean you’re a DC native – we can’t be kidded that easily!

Where would you have your last meal?

I’d go straight to Indigo, a beautiful little family-run Indian restaurant around the corner from the Hopscotch Bridge. It’s the best Indian food I’ve ever had, the owners are always there, and they’re always the nicest. It’s almost a cliché to say, but you truly feel like you’re part of the family when you’re there. And its thali platter – wow, I have dreams about it, I swear to god.

Our Shyne bagel, for sure. It’s a classic pastrami, egg and cheese bagel that we punch up with a little bit of spicy honey that we make with a hot sauce from a local café called Little Red Fox; it’s to die for. It’s simple, it’s classic, but it has that little bit of a twist – that’s our DC on a plate. 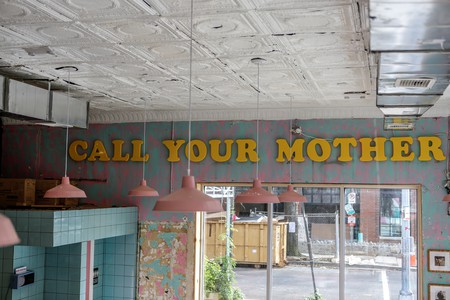 Andrew Dana is the co-owner of Call Your Mother, a casual deli in Washington DC, USA. Keep up with them on Instagram.