The Best Bars & Restaurants To Spot Politicians In Washington, D.C.

Where do the political elite get their kicks on? They prioritize secrecy, which they often find at luxurious venues that are inaccessible to many. Don’t fret; there’s the occasional casual establishment and dive bar frequented by a range of politicians. And a certain vice president who just can’t say no to beer.

This bar and restaurant, located down the road from American University, is a favorite among both underage students and politicians. Former Secretary of State Madeline Albright frequently visits, and Joe Biden was spotted there sipping Cheff Geoff’s iconic super mug – a liter of beer for $9.50. It’s busiest during happy hour among college students, because the regular menu can put a strain on a college budget, but go for the dinner fare to spot (or flirt) with high ranking officials. Maybe break a limb and ask Biden to sign your cast. 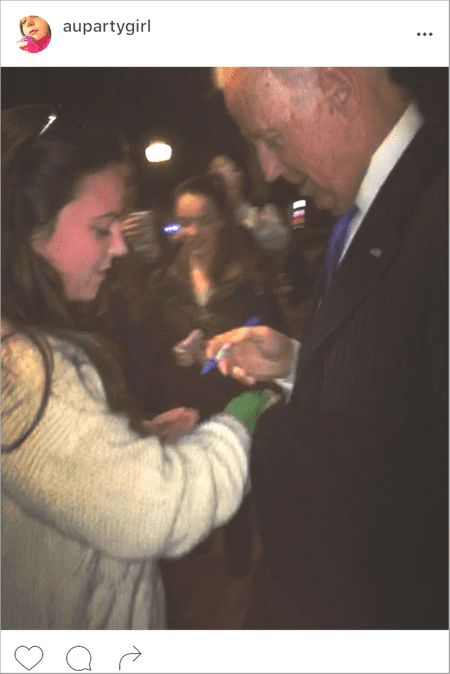 The problem with Le Diplomate is that it’s likely out of your price range, unless you are a diplomat. If you can afford it, dine here during lunch and listen to high-ranking officials discuss the merits of the Trans-Pacific Partnership over a salad, no dressing. Joe and Jill Biden have also been spotted here; America’s heartthrob clearly enjoys dining and drinking out across the District.

1789 received the distinguished title of America’s Top Table from Gourmet Magazine. Barack Obama and German Chancellor Angela Merkel dined there together in 2011. The four-course fair is divine, but, yet again, extremely pricey. It’s a favorite among state representatives and senators. Congress is once again inaccessible to the working middle class – how predictable.

A popular bar in the downtown area with low-ranking politicians. You won’t spot a Clinton here, but maybe your local congressman or John Boehner – whose been demoted and ridiculed by his party since being removed from Speaker of the House. At the least, you’ll find the people who work for them.

Blue Duck is the quintessential spot for the power lunch – the famed lunchtime in DC when politicians meet to talk business and procure signatures for legislation in 30 minutes. Unlike other political power lunches, this one isn’t exclusively steak; there’s plenty of vegetarian options.

This luxury speak-easy’s vicinity to the White House makes it the perfect spot for big-hitting politicians. Caricatures of officials who have visited the establishment line the wall. Ironically, the bar’s basement location and dim lighting are its most popular features among the political elite – privacy. If you’re not one to care about intruding, embrace your inner paparazzi and head there during the weekday in the post-work rush from 5 – 8PM. Don’t forget to double check the far back table behind the bar.

Best place to be seen but not heard #shamelessplug #hayadamsbar #comevisitus

This dive bar is popular with underpaid Hill staffers who can’t afford the luxury places that politicians frequent. Give your patronage here to eaves-drop on high profile gossip and learn which congressman is cheating on his wife. There’s thin-crust pizza, traditional burgers, and $5 margaritas.

Welcome Monday with a glass of wine….or a half priced bottle. Half price bottles of wine & half price pizza. Only at the lounge. #caploungedc #winemoments #pizza