For an urban metropolis, Washington, D.C. is quite aesthetically pleasing; it’s one of the nation’s greenest cities, and its low-lying buildings permit plenty of sunshine. Yet astoundingly scenic towns also await outside District limits, offering original colonial architecture and a wealth of history – coupled with that small town charm.

The quaint colonial town transports tourists to the late 1700s, the time when George Washington resided in Alexandria’s town center. Established in 1749, Old Town is known for its historic homes, past residents, antique shops, and art galleries. But these grounds, the iconic cobblestone streets, and brick sidewalks have a tumultuous past. The town marketplace, which still operates, was the sight of the nation’s second-largest slave market, and an audacious Confederate soldier statue still stands tall in the town center. 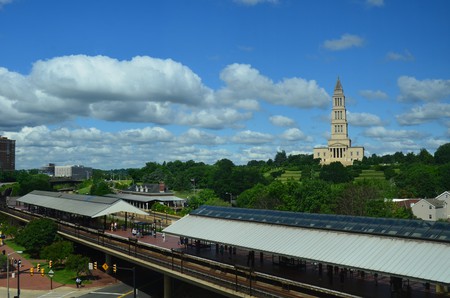 Annapolis is a quaint waterfront town with scenic views and colonial architecture, dating back to its initial settlement in 1695. Despite being the state capital, Annapolis lacks a big-city feel and instead retains a small town charm. The town offers plenty of activities for budding explorers – check out the Maritime Museum and join a pirate expedition for the kids. Eat the famous Maryland Blue Crabs freshly caught, which were likely harvested mere hours before your arrival. Be sure to dine at The Boat Yard – a local favorite for fresh catches. 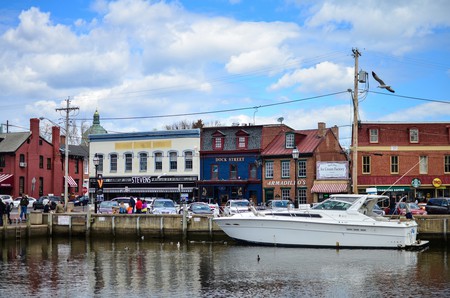 The scenic town offers 360 views of sweeping, vibrant foliage during autumn. Its lower end is nestled in Harper’s Ferry National Historical Park, and the town is a dream for nature enthusiasts; spectacular hiking trails wind across Harper’s Ferry, and the Appalachian Trail passes through it. The town offers plenty of history to match its outdoors excellence – Harper’s Ferry was the sight of a historic Civil War battle. 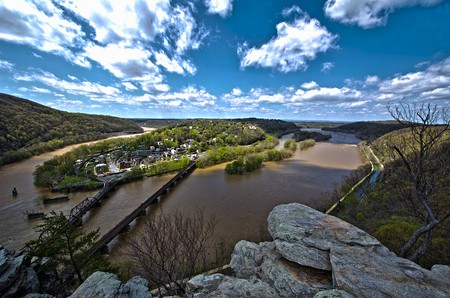 The charming beach town rests on the banks of the Delaware Bay, adjacent to the Atlantic Ocean. With a population under 3,000, the truly small town welcomes hoards of Washingtonians each summer for vacation. Lewes houses multiple iconic lighthouses that are a popular destination, and the town offers a wide array of water activities, fishing, fresh sea food, but also some entertainment on land – like wine tastings at nearby vineyards. 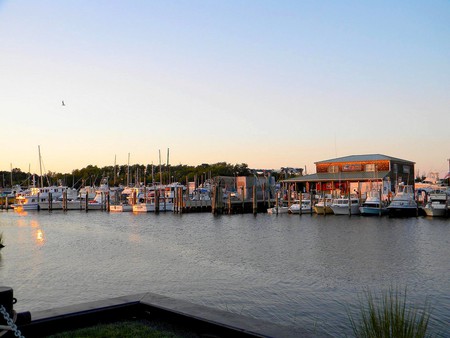 This oceanfront, resort town provides endless sources for both adventure and relaxation. Tourism is the main revenue of Ocean City, and the town caters to tourists with colorful entertainment and boundless shopping. The famed, three mile long Ocean City Boardwalk is a quintessential summertime stop, offering carnival games, artisan ice creams, two amusement parks, a Ripley’s Believe It or Not! museum, and beachfront views. 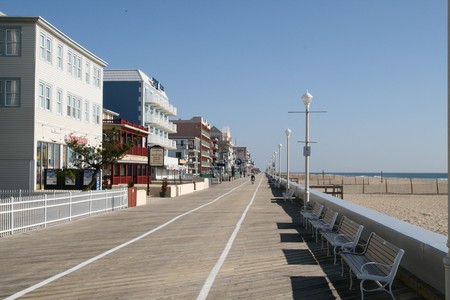 Winchester hosts the annual Shenandoah Apple Blossom Festival, which dates back to 1934. The springtime festival celebrates all things apple with a carnival, parade, fireworks show, and a colossal party where an Apple Blossom Queen is crowned. Winchester was also a prominent Civil War battleground, and General Stonewall Jackson’s original headquarters still stand there. 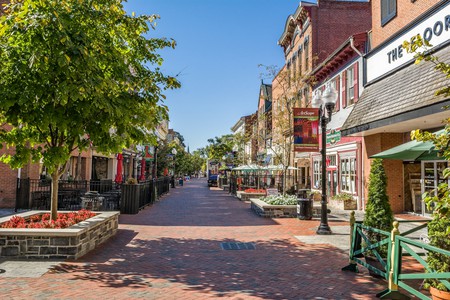 Winchester | © Ray Clark/Flickr
Give us feedback