An Art Tour of The National Mall

National Gallery Of Art Seen From National Mall | © David Holt/Flickr
Washington, DC offers a wide variety of art museums and installations, ranging from classic portraiture to avant-garde digital creations. The best part: they’re all free and within walking distance from each other – though you may find that a single day is not enough time to spend within their fascinating walls.
Hirshorn Museum &amp; Sculpture Garden
Museum, Art Gallery 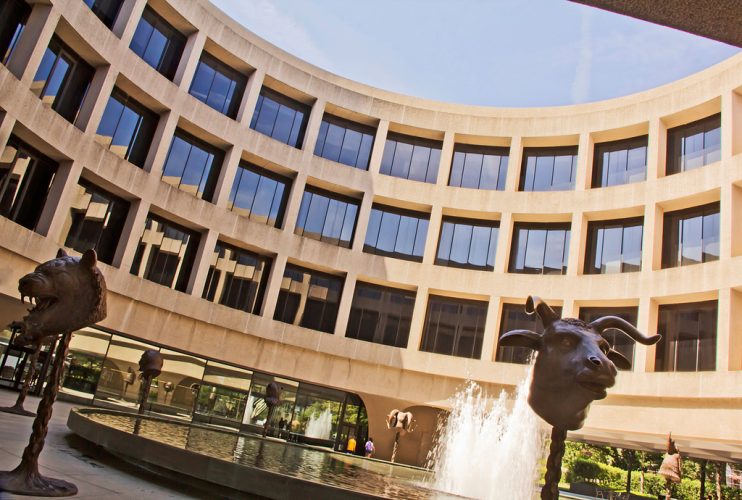 The Hirshorn Museum resists traditional art museum aesthetics in favor of something a little more avant-garde to match its experimental collections. The circular museum was intended to be ‘a living piece of functional sculpture.’ Its modern exhibits seek to question humanity’s place and relationships in the age of artificial connection. It frequently employs surreal, speaking digital projections, which are eerily similar to humans, yet unsettlingly different – questioning what it means to be human as we increasingly become one with technology. The museum also includes an extensive outdoor sculpture garden, where eclectic bronze statues twist and turn into the sky.

Current must-see: World Time Clock. A series of photos from clocks in 24 time zones sweep across the walls of the Hirshorn’s inner rotunda. Artist Bettina Pousttchi traveled across the globe to reach each time zone, and she captured a photo of a clock there at the same local minute. From Bangkok to Moscow, she sought to demonstrate ‘global synchronism’ while also pondering the nature of colonialism – all countries use the same form of clock, which was often forcibly introduced by invading western powers. 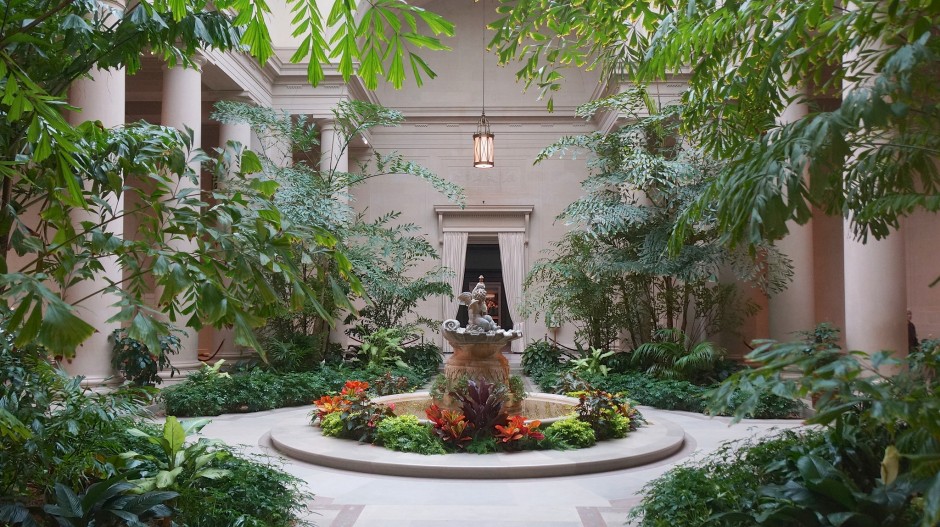 This impeccable museum is comprised of a classic West Building and a modern East Building. Featuring high ceilings, grand atriums, and gold ornamental detailing, the West Building seems like more of an Italian palace – which is only fitting to house an original da Vinci painting. The collections also include extensive impressionist and post-impressionist artworks from the likes of Van Gogh and Monet. The recently renovated East Building is less exquisite and more eclectic, and works such as the ready-mades of Marcel Duchamp fills its rooms.

Current must-see: Ginevra de’ Benci, 1474/1478. This is the only da Vinci painting in all of the Americas. Early into his experimentation with oil paintings, there are slight imperfections in the artwork – some wrinkling of the paint – but spectators can also detect the subtle naturalism that would become a staple in da Vinci’s masterpieces. The young girl depicted was the daughter of a wealthy Florentine merchant, and she poses outside – a rarity at a time when women were almost always portrayed sheltered indoors. 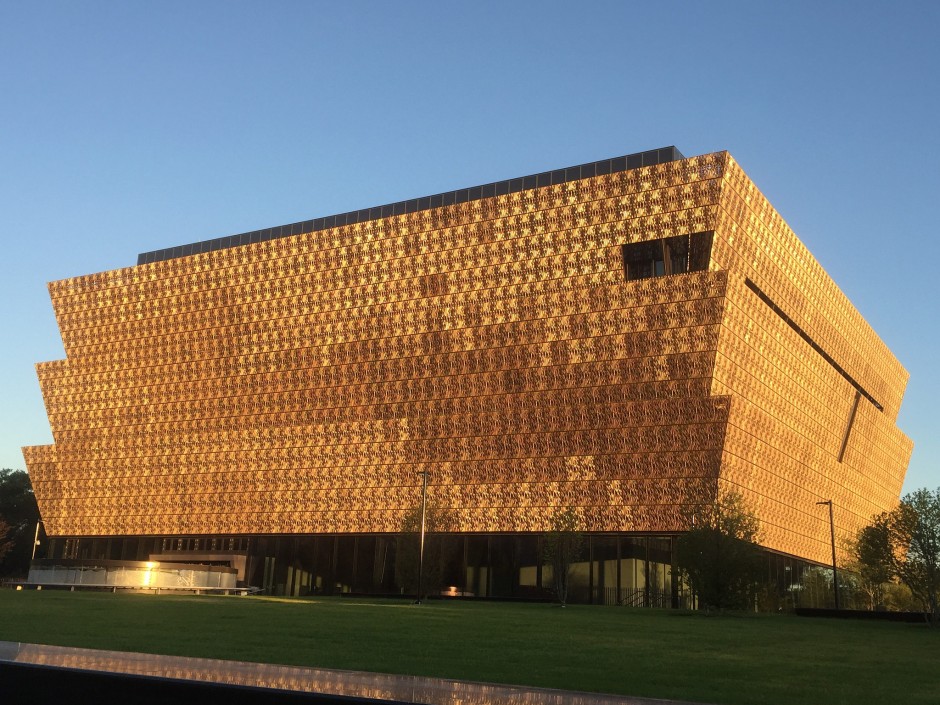 While not classified as an art museum, the NMAAHC celebrates black cultural achievements, including their affinity for and significance in the arts. The building ‘s geometric bronze paneling, designed to create a different appearance depending on the time of day, is an installation in itself. The museum’s extensive craftsmanship exhibit explores talented black artists that constructed materials with their hands, from fine woven baskets to ornamental metal work. There’s also traditional portraiture dating back a century, and digital geometric prints originating during the Civil Rights Era.

Current must-see: Robbing The Eagle’s Nest, 1856, Robert Duncanson. The 19th century oil painting depicts, quite literally, a man scaling a cliff to reach an eagle’s nest, presumably to plunder it. Duncanson, an African-American painter in the Hudson River School, was known for his surreal romantic landscapes and success against artistic conventions. He was criticized by his son for not being overtly political, and by others for being too controversial, but he is remembered for his ‘victory over society’s presumptions of what African American artist should create.’ 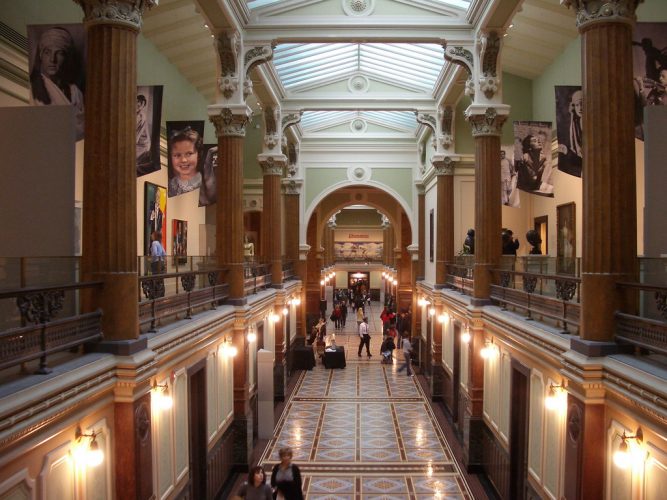 The National Portrait Gallery and SAAM share a grand building that houses classic portraiture and the lineage of American artistic movements. SAAM traces the emergence of a unique American identity, detailing its artistic infancy as the colonies struggled to distance themselves from European influence. The Portrait Gallery seeks to emphasize changing perceptions between subject, audience, and artist – dedicating an exhibit to portraits of pop culture celebrities and how they present themselves to the world in public versus in an intimate setting.

Current must-see: The Four Justices, 2012, Nelson Shank. In 1981, Ronald Reagan appointed the first female justice to the Supreme Court – Sandra Day O’Connor. Three more have joined her in the last 35 years: Elena Kagan, Sonia Sotomayor, and feminist icon Ruth Bader Ginsberg. The painting depicts the four court justices solemn and strong in a discipline that is dominated by men. The colossal painting measures seven feet by five-and-a-half feet – a testament to the power of women.