A Quick History Of The Washington Monument 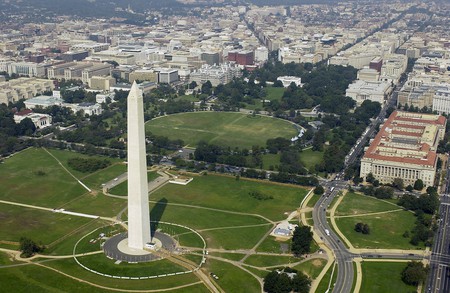 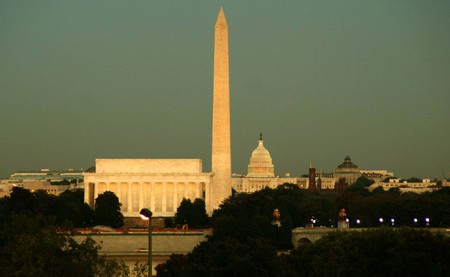 The monument was originally commissioned as a testament to the country’s admiration for its most revered Founding Father. In Pierre L’Enfant’s original plan for DC, space was reserved on the National Mall for a colossal monument to honor George Washington. Designed by Robert Mill decades later, the Washington Monument is modeled after Egyptian obelisks to embody the timeliness of ancient civilizations and the awe inspired by Washington. The first stone was laid in 1848, but the monument was not completed until 40 years later. What took so long? Money and war, what else? The first phase of construction was privately funded, and bureaucratic issues and mishandling of finances led to disaster. Mills died in 1855; the nation then erupted in Civil War, and construction ceased. 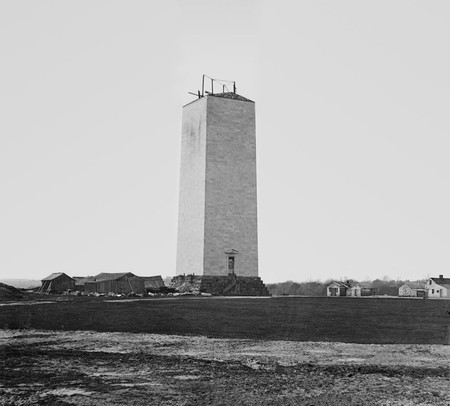 How The Washington Monument Remained For Twenty Years | © Matthew Brady/WikiCommons

Finally, in 1876, Congress assumed control of the project and allocated public funds. The second phase reached peak efficiency, and the monument was finalized eight years later. The two phases left it with slightly different colors, because the stones were sourced from different quarries. The Washington Monument was officially dedicated on a chilly February morning in 1885.

Despite the monument’s hardy structure, it was no match for the 5.8 magnitude earthquake that struck near DC in 2011. Quakes are a rarity on the eastern seaboard of the United States, and very few structures are earthquake proof. The foundation shook, and the marble cracked. Congress authorized an extensive renovation plan, and the monument was encased in scaffolding for three years during construction. The repairs were completed in May 2016, and the inside was reopened to an anxiously awaiting public. The Washington Monument is now fully restored to its former glory, the ultimate show of thanks to the original Founding Father. 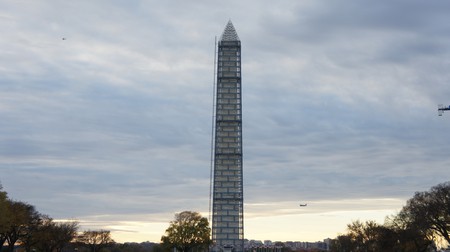 Washington Monument During Repairs | © brownpau/Flickr
Give us feedback