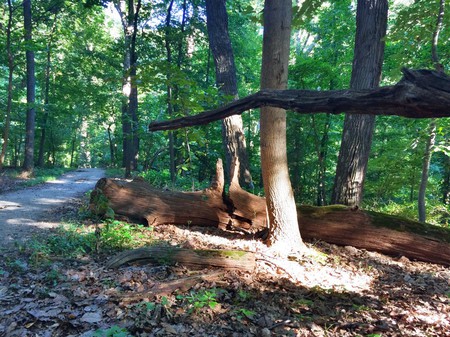 D.C.’s largest national park spans 4.4 square miles across the northwestern quadrant. Established in 1890 by Congress, Rock Creek is one of the biggest and oldest urban forests in the nation; there’s a wealth of hiking trails, horse stables, unique species of migratory birds and a planetarium. Here is everything you need to know about Rock Creek Park before you dive right in to it!

Rock Creek Park was the nation’s third national park, emerging from an act of Congress and approval by President Benjamin Harrison. The Congressional act called for ‘the preservation from injury or spoliation of all timber, animals, or curiosities within said park, and their retention in their natural condition, as nearly as possible.’ The National Zoo was established the previous year, and lawmakers sought to protect the expansive forests and lands around the zoo (which technically spans into the park).

The impressive urban forest is an oasis within the nation’s capital. Here, you can be fully emerged in the woods with murmurs of songbirds a mere three miles from The White House. Plenty of isolated parks that dot across the District are considered part of the larger Rock Creek. 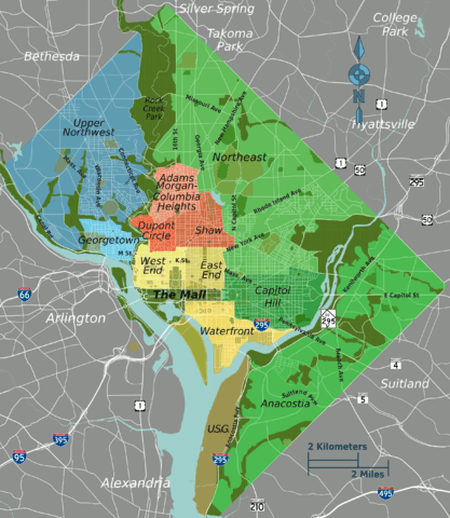 Around 300 white-tailed deer live in the park, with numbers quickly rising; they have no real predators left, so they continue to breed without consequence. Unfortunately, their booming numbers means they overgraze on the native vegetation and leave little food left for other species. Park rangers protect vulnerable flora with fencing and take steps to control deer numbers with lethal and non-lethal measures. The park suffers as a result of the overpopulated deer — ecological surveys show the vast majority of new trees or shrubbery seedlings are devoured before having a chance to grow.

In addition to the deer, there are coyotes scattered throughout the park, as well as a few dens of fox. Thirty species of mammals total call the park home.

Rock Creek Park’s most diverse fauna are its birds — it’s an important resting spot for migratory birds on their journey south. The park houses a wide variety of bluebirds, gold finches, hawks, Baltimore orioles and even the occasional bald eagle. This park has become the watching site of many bird-watching clubs and aviation enthusiasts. 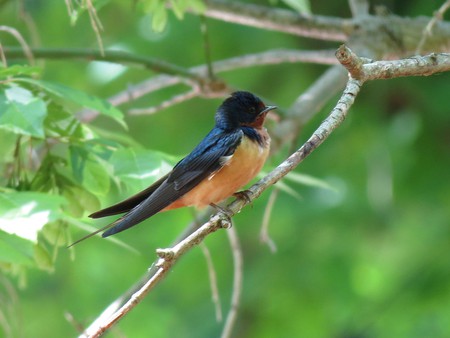 The Nature Center is the park’s visitor center that provides information, trail guides and exciting educational activities. The center also includes a bird watching deck, an active beehive and live turtles and snakes.

A planetarium within the center uses high-tech software to project the night sky onto the ceiling as educators discuss astronomy. Once a month, telescopes are set up outside the planetarium for an evening of stargazing open to the public. 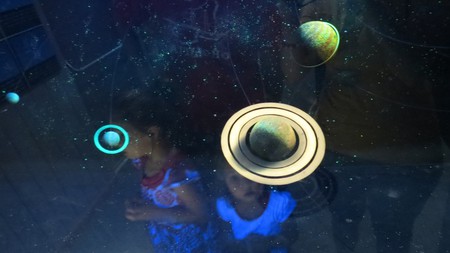 The park offers more than 30 miles of recreational trails through two ecosystems: deciduous forests and wetlands. The former is a forest where the majority of trees lose their leaves each year. Wetlands are an environment where the ground is saturated with water often enough to support freshwater vegetation. Stop by the Nature Center to obtain free maps of the park and trails.

The most popular hiking trails through Rock Creek are as follows:

The Western Ridge Trail is one of the more challenging trails in the park, with hilly ascents and rocky terrain. The trail spans 4.6 miles in one direction, but there’s plenty of smaller trails to explore that shoot off or loop back around for a 10 mile hike.

The Valley Trail runs along the eastern side of the park to the D.C./Maryland border. The 5.5 mile trail is parallel to Beach Drive, which is closed to vehicular traffic on the weekends; during the week, the passing cars may interrupt your nature oasis.

The Boulder Bridge Hike is a 3.5 mile loop that begins and ends at the Nature Center. It travels through the dense forest and along the creek, eventually reaching a stone bridge constructed in 1902. It has been reported that Theodore Roosevelt lost his ring somewhere along the bridge while on this exact hike over 100 years ago. 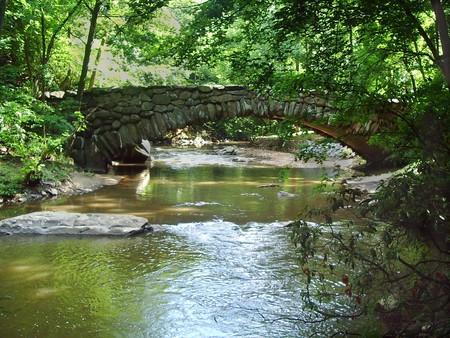 The Rock Creek Park Horse Center offers private lessons and relaxed, guided trail rides through the park’s scenic forests. Trot along a flowing creek with no roads in sight and forget you’re anywhere near a city. An hour trail ride is $40/person and beginners are welcome. Be sure to note that advanced reservations are required. 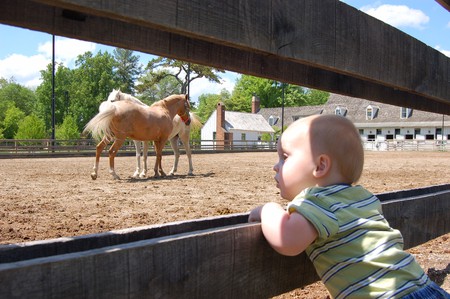 This historic grist mill was constructed in the 1820s and became part of Rock Creek during the park’s development in 1892. It was operated primarily by slaves until the Civil War when it closed permanently. The water-powered mill is now a museum. 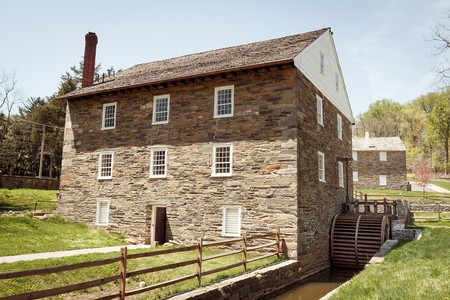