A Guide To Touring The White House 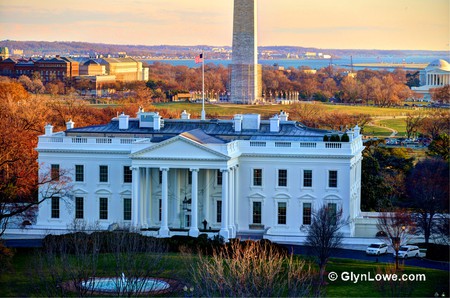 A tour of the White House can’t be spontaneous. If you want to see the world’s most iconic house from the inside, you must plan, email, and plan some more. Welcome to DC. But if you do manage to get inside, two hundred years’ worth of history and elaborate décor await you.

Officially, if you want to tour the White House, you must submit a request to your congressional representative up to six months in advance. Requests can be submitted no later than 21 days prior to the desired tour date. Find your representative’s contact information here. If you don’t have U.S. citizenship, you must coordinate with your country’s US embassy. Tours are free, but spots fill up quickly.

Alternatively, if you’re a networking fiend, tickets can be set aside for friends and families of White House employees, so start cultivating your contacts.

If your request is accepted, you will receive detailed instructions on where to report to on the day of your tour. You must present a valid, government-issued photo ID; non-US citizens must present their passport. Given that this is the White House, there’s a predictably exhausting list of prohibited items, including video cameras, any camera with a detachable lens, all bags (including small purses), makeup, food, bottled water, and tobacco products. Don’t try and sneak in a granola bar – they’ll check, at least three times. Basically the only items you’re allowed to have on your person are a phone and a smile. You’re permitted to take photos without flash.

The tours available to the public focus on the East Wing and the State Floor. You won’t be granted access to the West Wing, where the Oval Office is located, nor the third floor residence unless you’re a real VIP. As in, you’re a world leader or have the last name Obama or Biden kind of VIP. 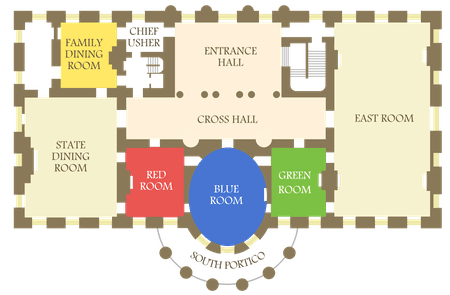 OK, so you’ve received tickets, showed up at the correct entrance, and gone through all the security checkpoints, you’re in! Look out for the First Dogs, Bo and Sunny. They’re elusive, but the pampered pooches have been spotted on tours before. If you miss them, you’ll have the opportunity to fawn over their portraits, as one of the first stops on the tour is a room dedicated to White House pets through the years. The best ones? Warren Harding had a single squirrel named Pete, because why not? Teddy Roosevelt kept a zebra, with who his daughter once reportedly got stuck with in an elevator. Calvin Coolidge received a pygmy hippopotamus as a present, but he allowed the animal to live out its life at The National Zoo. John Quincy Adams, on the other hand, hid an alligator in the East Wing, and Thomas Jefferson kept two grizzly bear cubs locked in a cage on the front lawn. Let’s rejoice how far animal rights have come since the 18th century.

After getting an insight into the life of presidential pets, you can stroll through lavish rooms with the best color schemes in the nation. You’ll peruse through the famous Green Room, Red Room, and Blue Room.

In the China Room, located in the basement, you’ll marvel over the exquisite taste of first ladies dating back to Martha Washington. Each presidential administration gets the opportunity to commission and design its own set of china. However, some opted to use that of their predecessors; the Kennedies, for example, had a reported affinity for Lincoln’s purple china. 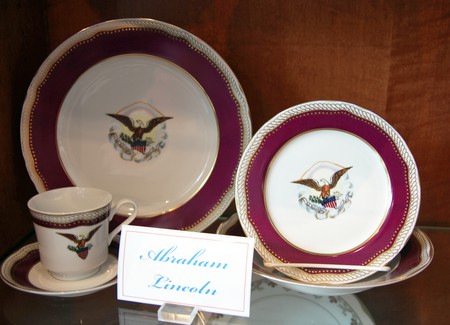 All in all, the tour should take approximately an hour. At its end, you’ll gather in the front hall and exit through the north entrance of the White House. Pretend you’re Obama or Frank Underwood as you descend down the most recognized steps in the world. And don’t worry – there’s plenty of opportunities for photos to show everyone how important you are. 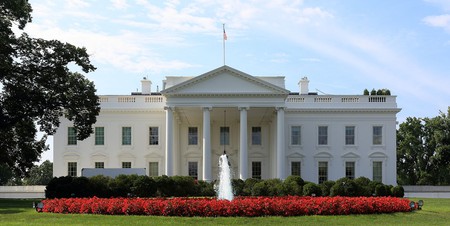 The White House | © Martin Falbisoner/WikiCommons
Give us feedback