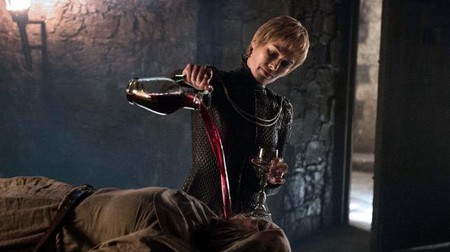 We know you already have the theme music playing in your head, and you’ve got goosebumps after remembering just how badass Cersei Lannister was at the end of season six. With the release of the seventh season of Game of Thrones just around the corner, here’s something to quench your appetite before the sigils of Westeros jump out from your television screen. Spoiler alert: it’s a GoT-themed bar, (mouth drops).

For the night is dark and full of pop-ups.

Whilst it’s not the first GoT-themed bar to have popped up (remember that awesome one in Edinburgh?), the prospect of having one open up in Washington D.C. has filled the souls of many fans with absolute joy.

The Game of Thrones bar/pub will open in the Shaw neighborhood of Washington D.C. on June 21 for 10 weeks only. Who do you have to thank for this? Well, the wonderful medieval masters at Ommegang Brewery and Drink Company! According to their website, the inspiration behind the concept was simple: “We believe Game of Thrones is the seminal show of this decade,” says Drink Company CEO Angie Fetherston.

“We didn’t have a choice; the three-eyed raven picked us. This pub is our love letter to the Seven Kingdoms and we cannot wait to share it with fellow fans,” she continues.

Once inside expect over 3,000 square feet of themed rooms based on the North, Meereen, the Throne Room, Red Keep and the ever so creepy House of Black and White. Oh, and there’s even an Iron Throne and a cameo of Daenerys’ dragons too! Whilst the interiors promise to blow people’s minds, the pop-up is ultimately about the booze.

They’ll be drinks like “The Lannisters Send Their Regards” (we’d rather not know what’s inside), “What Is Dead May Never Die,” and a scotch-based mashup that goes by the name “The North Remembers.” And of course, there will be a generous serving of Bend the Knee Golden Ale – the super fancy official GoT beer – which will be served on tap!

The bar will be open for nearly 10 weeks, closing on August 27.

In London? Everyone’s going mad over the vegan doner kebabs!