A Brief History Of Pennsylvania Avenue 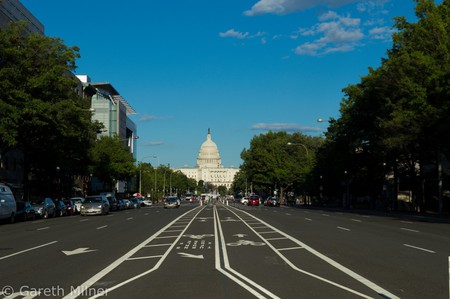 Pennsylvania Avenue measures 5.8 miles through D.C., but its most notable stretch spans 1.2 miles from the White House to the Capitol Building. Aerial views, showing the eb and flow of traffic in front of the Capitol, dominate opening scenes in pop culture and the media — you’ve likely seen similar shots in House of Cards. 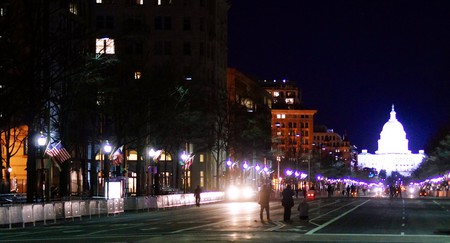 Designed as part of architect Pierre L’Enfant’s ‘Grand Plan’ for the city’s layout, Pennsylvania Avenue was intended to be a ‘grand avenue’ essential to the city’s infrastructure. It was one of the earliest roads constructed in the capital city, albeit originally from dirt. George Washington and Thomas Jefferson recognized the road’s significance and planted trees along its edges to distinguish it from other dirt roads.

The earliest known reference to the street as ‘Pennsylvania Avenue’ was in a 1791 letter scripted by Jefferson himself; it likely was an act of concession to appease Pennsylvania after Congress elected to designate D.C., and not Philadelphia, the nation’s capital; state legislators were very bitter over the selection choice. 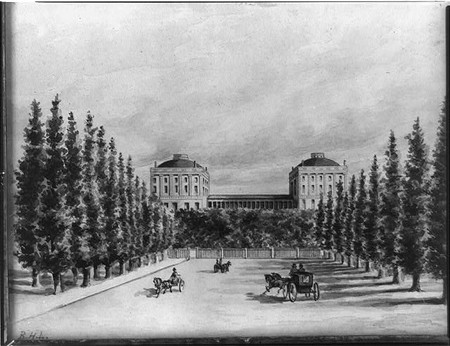 The avenue once led directly between the White House and the Capitol Building with unobstructed views until Andrew Jackson’s presidency. The Treasury Building was constructed to block direct sight of one from the other, allegedly because Andrew Jackson was a petty child who was angry at Congress and wished to not have to look at it.

Tradition, dating back to Jefferson’s inauguration, calls for the president to parade down Pennsylvania Avenue after taking the Oath of Office. Every ensuing president has done so, although with increasingly strict security measures (U.S. presidents have a 9% chance of being shot while in office, making it one of the country’s most dangerous jobs). After 9/11, the stretch of Pennsylvania Avenue in front of The White House was permanently closed to vehicular traffic, but is still open to cyclists and pedestrians; the road has also been the sight of many presidential funeral processions.

Despite security concerns, the avenue hosts a myriad of parades and protests each year and has done so since its inception. During the 1890’s Depression, protestors marched down Pennsylvania Avenue to the Capitol Building to demand unemployment aid. The Woman Suffrage Procession, lead by famed suffragette Alice Paul, marched down Pennsylvania Avenue during the inauguration of Woodrow Willson to demand attention for equality. There’s also the continuous White House Peace Vigil, an ongoing 34-year protest against nuclear weapons, which is manned 24/7 on Pennsylvania Avenue’s corner. The iconic avenue will also be the sight of many protests to come in a changing nation. 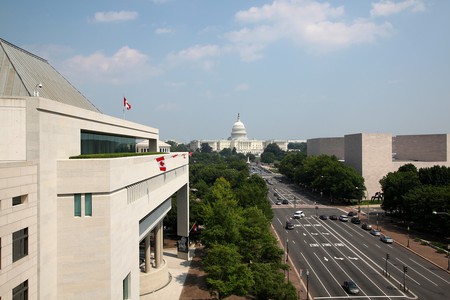