8 D.C. Distilleries to Put You in Good Spirits

8 D.C. Distilleries to Put You in Good Spirits

A few of the tasty cocktails served at the Ivy Room at Republic Restoratives | © Ted Eytan / Flickr
Spirits, whether you take yours neat, on the rocks, or in a cocktail, have always been part of the scene in D.C., and some might even go so far as to say that spirits help keep the wheels of Congress turning, but we’ll leave that to the pundits to decide. What is certain, however, is that the growing spirits industry in the DMV (what locals use to describe the tri-state area of the District, Maryland, and Virginia) makes it cooler and easier to drink what’s made in our own backyard, and it’s politically correct.

What’s weird is that despite the non-stop flow of booze that’s been the norm since America was founded, there weren’t any distilleries in the city for about 70 years, thanks to Prohibition. But all of that changed in 2013 when the Washington DC City Council passed a few laws that once again made it legal to distil spirits in the District of Columbia. And if you love cocktails, 2015 and 2016 kicked butt. Not just because cocktails took center stage and seasoned drinkers got the chance to throw back high caliber drinks, but because Washington, D.C.’s roster of local distilleries jumped to eight.

Here’s our guide to what’s available. Join us in raising a glass to 2017—who knows what’s in store.

Bar, Market, American, $$$
Cotton & Reed Distillery | Copyright Farrah Skeiky
Two aerospace nerds walk into a bar, discover they both love cocktails made with fantastic spirits, and before you know it, they are best buds. This story may sound like one of those corny old jokes, but it’s proof that truth can be stranger than fiction. The guys in question are Jordan Cotton and Reed Walker, and they really did work as consultants for NASA, but they loved rum more, and that’s how they became proud owners of Cotton & Reed, D.C.’s first rum distillery and bar at Union Market. They, along with distiller Chas Jefferson, make a killer white and dry spiced rum and never stint on the quality of the wild yeasts and botanicals used to create their classy potables.
More Info
Open In Google Maps
1330 5th Street Northeast, Northeast Washington, Washington, District Of Columbia, 20002, USA
+12025442805
Visit website

What do you get when you cross a distillery with a tavern? A U Street Corridor hot spot called District Distilling. This distillery tavern, located in a brownstone townhouse, is the first in D.C. (and judging from the crowds jockeying for a table, it won’t be the last), so if you’re hungry and in the mood to try some new spirits, head over now. Take a tour of the distillery downstairs, and then make your way to the tavern to sample the distillery’s hand-crafted vodka, gin, whiskey, and rum, all made in small batches in German copper pots and column stills. Everyone, from hipsters to millennials, spirit connoisseurs, and hungry diners go to relax and get comfortable in the rustic urban atmosphere, complete with exposed brick and wood accents. And don’t forget to check out the menu for a selection of seasonal American fare.

Wonderful whiskey is made in DC | © Michael Bentley / Flickr

Restaurant, American, $$$
George Washington, a founding farmer | © Joye~ / Flickr
The U.S.’s Founding Father, George Washington, was America’s largest whiskey (he specialized in rye whiskey) distiller in his day and is the inspiration for Farmers & Distillers, D.C.’s newest distillery restaurant. Good ole George always thought of himself as a farmer first, which in a way makes him a founding farmer too, so he would probably be blown away by the scope of this new venture from the folks behind Farmers Fishers and Bakers. First, because it’s the restaurant group’s first foray into the distillery industry in D.C., and second, the sheer size of the place (more than 300 seats and a menu that includes dozens of food items) is a big gamble in a city with an insanely fickle dining public. Do what George would probably do and sample the range, which includes craft gin, rye, amaro, vodka, and their house-made clementine and aromatic bitters, which the bartenders use in more than 40 cocktails.
More Info
Open In Google Maps
600 Massachusetts Avenue Northwest, Northwest Washington, Washington, District Of Columbia, 20001, USA
+12024643001
Visit website
Mon - Wed:
7:00 am - 10:00 pm
Thu:
7:00 am - 11:00 pm
Fri:
7:00 am - 12:00 am
Sat:
9:00 am - 12:00 am
Sun:
9:00 am - 10:00 pm

In Italy, you can’t throw a rock (cocktail or otherwise) without hitting some really tasty eau de vie, liqueur, cordial, tonic, or distilled spirit. Limoncello is what actually turned Americans on to these versatile mixers, and that’s just the tip of what has been a centuries-old tradition. And now, D.C. has its own Italian expat producing exact replicas. Francesco Amodeo is the founder of Don Ciccio & Figli, and his spirits are based on old family recipes that are more than a hundred years old. His authentic range includes nut liqueurs, traditional aperitifs and intensely flavored spirits that are delicious on their own or in creative cocktails. Look for standouts like walnut, espresso, and fennel liqueurs, the Cinque Aperitivo, and the Amaro della Sirene. 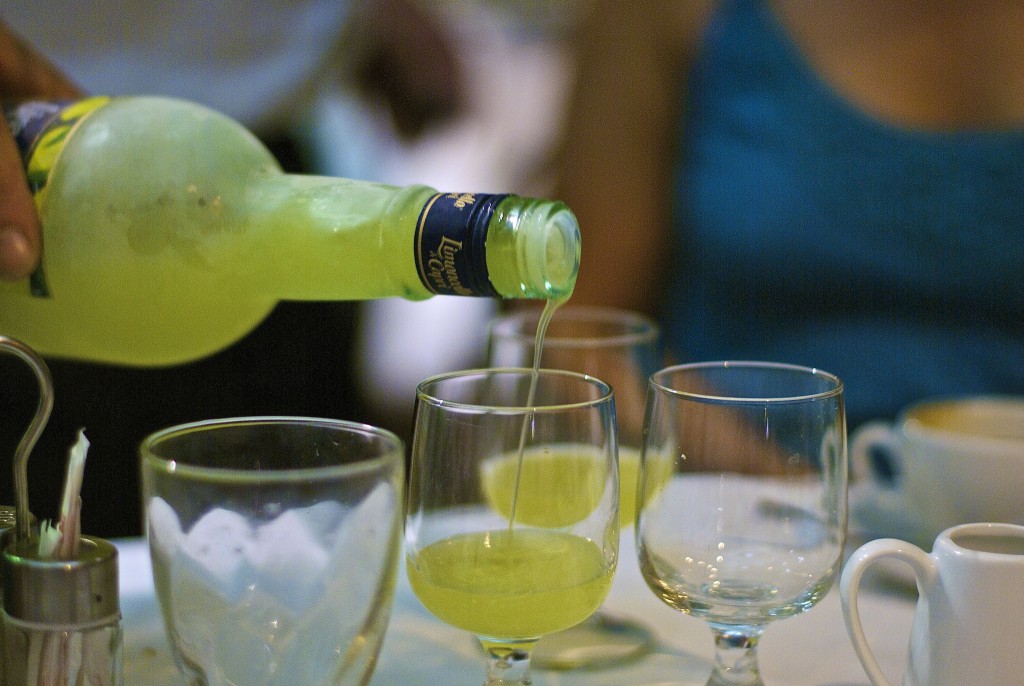 Bar, Cocktail Bar, American, $$$
Jos. A. Magnus Tasting Room Ivy City | ©Ted Eytan/Flickr
Ivy City is an up-and-coming area in D.C. that’s a food and drink destination, complete with four distilleries that include New Columbia Distillers, One Eight Distilling, Republic Restoratives, and Jos. A. Magnus & Co., which also includes the Murray Hill cocktail bar. The distillery may be young, but it has an old soul and a powerful link to the past. Back in the 1800s, Joseph Magnus was a distiller from Cincinnati who moved to D.C., opened a distillery on the spot that is now the FBI Headquarters on Pennsylvania Avenue, and did well until Prohibition sadly shuttered the distillery. Approximately 100 years later, Magnus’s great-grandson, Jimmy Turner, found an original bottle of Magnus’s Murray Hill Club Bourbon buried in his mother’s closet, tasted it, and immediately knew what he was meant to do. Over the next seven years, he experimented with recipes and bourbons to duplicate the smooth, flavorful bourbon he tasted that day, and in 2015, he opened his distillery, named in honor of his ancestor. Today, the distillery produces limited cases of Joseph Magnus Bourbon and Jos. A. Magnus & Co. Vigilant Gin.
More Info
Open In Google Maps
2052 West Virginia Avenue Northeast, Northeast Washington, Washington, District Of Columbia, 20002, USA
+12024503518
Visit website
Thu:
4:00 pm - 10:00 pm
Fri:
4:00 pm - 12:00 am
Sat:
12:00 pm - 12:00 am
Sun:
12:00 pm - 7:00 pm

If you want a quintessential D.C. story, you need to look no further than the story behind Green Hat Gin, which is distilled by New Columbia Distillers. According to local myths, during Prohibition, George Cassiday was THE bootlegger in charge of supplying members of the U.S. Congress with illegal hooch, and he earned a reputation for being a fixer. A flamboyant Irishman known for his sense of style and gift of the gab, Cassiday was easily recognizable by his green felt hat. During his daily rounds of both houses of Congress, he would discreetly take alcohol orders from Members who furtively referred to him as the “Man in the Green Hat.”

His illicit spirits sales eventually landed him in trouble with the law, but at New Columbia, John Uselton and Michael Lowe, the founders, pay homage to this local lore by naming their flagship gin as a nod to D.C.’s first spirits ambassador. Their range includes the original, Green Hat Gin, plus Navy Strength Gin, a spring/summer gin version that uses a mix of botanicals, florals, and citrus that complement sunny weather drinking, and a fall/winter version that’s warm and inviting. There is also a new release, Summer Cup, that’s based on an old British tradition that involves infusing Navy Strength Gin with lots of citrus fruit, cucumber, black, tea, verbena, lavender, and herbs and spices that are then combined with Capitoline White Vermouth and lightly sweetened. 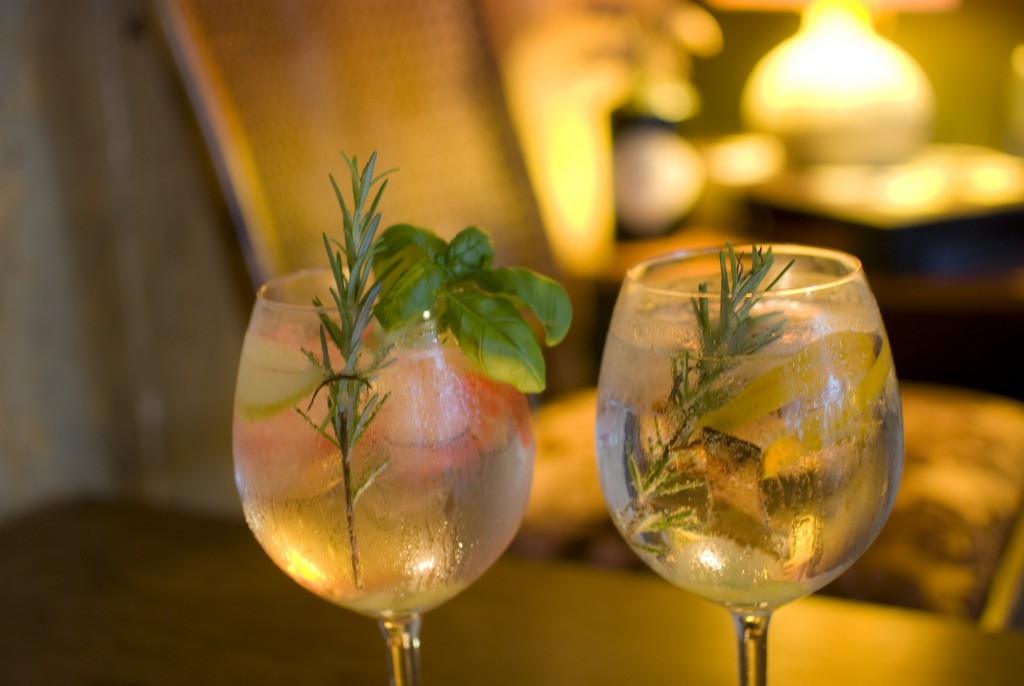 If you didn’t already know this, the United States’ Founding Fathers were serious imbibers of all sorts of potent potables from Madeira to rye whiskey, and when the folks at One Eight Distilling were just getting started, they wanted to celebrate George Washington, Benjamin Franklin, Thomas Jefferson, and the establishment of the nation’s capital. To do this, they chose to name the distillery One Eight Distilling, which takes its name from Article One, Section Eight of the Constitution, that Article that established Washington, D.C. as the nation’s capital. Whether you’d like gin, vodka, or whiskey, this distillery has a range of spirits that are excellent served neat or in cocktails. 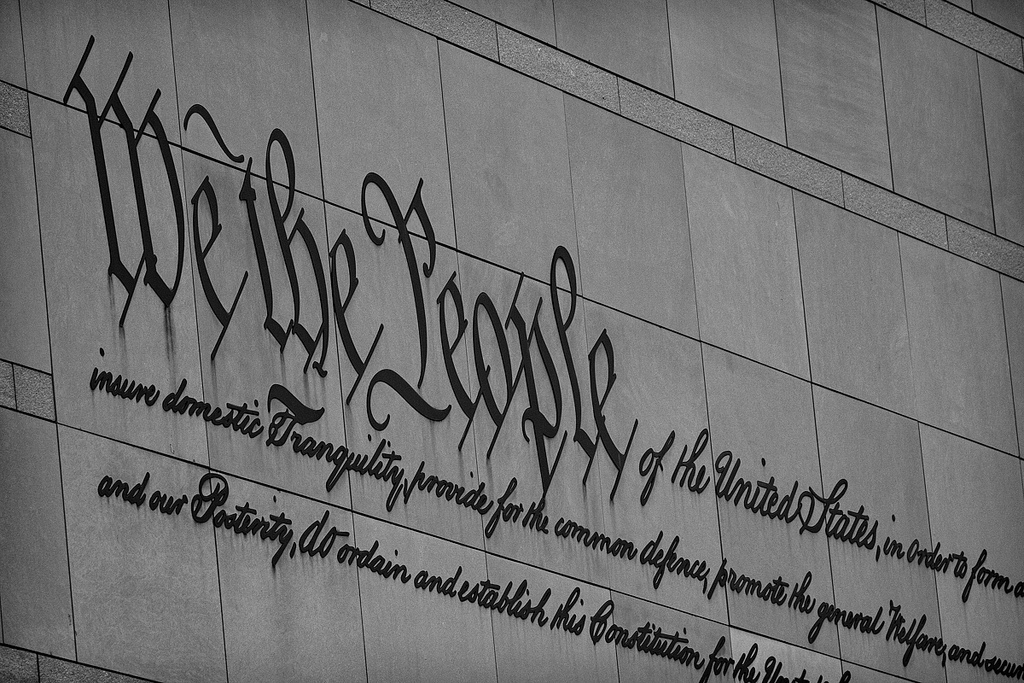 The preamble to the US Constitution, the document that started it all | © Stefan Ogrisek / Flickr

Bar, Cocktail Bar, American
A few of the tasty cocktails served at the Ivy Room at Republic Restoratives | © Ted Eytan / Flickr
The opening of this new distillery and bar is more than just a fantastic addition to the local spirits industry; it’s also a historic first. Republic Restoratives is the nation’s only 100% women-owned distillery, and it’s also the largest crowd-funded distillery in the world. The founders, Pia Carusone and Rachel Gardner, raised over $119,500 on Indiegogo to fund their new venture, which includes the distillery and a tasting bar. The bar is expertly manned by David Strauss who uses Republic’s craft vodka and bourbon (read our article about Rodham Rye, their latest release) to make exceptional drinks while he charms every guest with his outgoing personality.
More Info
Open In Google Maps
1369 New York Avenue Northeast, Northeast Washington, Washington, District Of Columbia, 20002, USA
+12027333996
Visit website
Thu - Fri:
5:00 pm - 11:00 pm
Sat:
12:00 pm - 11:00 pm
Sun:
12:00 pm - 5:00 pm