6 Art Exhibitions To See In Washington, D.C. In January

SAAM Steps To Promote Gene Davis Exhibit | ©Mike Maguire/Flickr
As the city of D.C. descends into chaos, distract yourself with art about the multitude of human experiences. Celebrate diversity.

To summarize Viola’s enticing media exhibit in one word: mesmerizing. This is the Portrait Gallery’s first exhibition comprised entirely of media art, but it goes further – the works observe how the whole genre of portraiture is evolving. ‘Moving portraits’ are an entirely new realm, and Viola seamlessly navigates their waters. In dark silent rooms, his creations play on repeat and absorb the viewer into the piece. He merges intimate human experiences with technology, as their boundaries are increasingly blurred.

Museum, School
The Washington Colour School was a uniquely D.C. artistic movement, marked by large splotches of uninterrupted color stretched across a canvas. This exhibit at the Smithsonian American Art Museum highlights the face of color field painting, Gene Davis. He once said, ‘I am like a jazz musician who does not read music, but plays by the ear. I play by the eye.’ The exhibit exudes color and spontaneity.
More Info
Open In Google Maps
Washington D.C., District Of Columbia, USA
View menu
Visit website
Visit Facebook page
Send an Email
Give us feedback

Woman Artists From The Rubell Family Collection: NO MAN'S LAND

Museum
Solange Pessoa, Hammock, 1999–2003 | Courtesy of the Rubell Family Collection
This special exhibition, presented by the National Museum of Women In Arts, explores depictions of the female body and the act of creating them. Many of the individual pieces required laborious processes, and these female artists attempt to reinvent the notion of physical labor as masculine. The exhibit draws on the feminist artistic movement of the 1970s, and features the work of 37 artists from 15 countries – making a point of inclusivity in an often white-washed movement.
More Info
Open In Google Maps
1250 New York Avenue Northwest, Northwest Washington, Washington, District Of Columbia, 20005, USA
+12027835000
View menu
Visit website
Visit Facebook page
Send an Email
Give us feedback
Mon - Sat:
10:00 am - 5:00 pm
Sun:
12:00 pm - 5:00 pm

Linn Meyers: Our View From Here

Museum
This site-specific exhibit comprises a drawing which Meyers sketched onto the inner walls of the Hirshorn’s rotunda; she drew for the space, as opposed to placing pre-made art in a blank space. The Hirshorn director explained that the project seeks to think of ways to reinvent the idea of space within the museum’s walls. Meyers’ 400 foot, 360 degree sketch consists of meticulously hand drawn lines that create ripple effects.
More Info
Open In Google Maps
Washington D.C., District Of Columbia, USA
View menu
Visit website
Visit Facebook page
Send an Email
Give us feedback

Coming to the Phillips Collection on January 8th, 2017, To Haiti Let Us Go captures the spirit of the Haitian liberation movement during the French Revolution. The exhibit features 15 silkscreen prints that portray the story of slave turned revolutionary, Toussaint L’Ouverture. Lawrence’s work reflects his life long interest in freedom and those pursuing it. 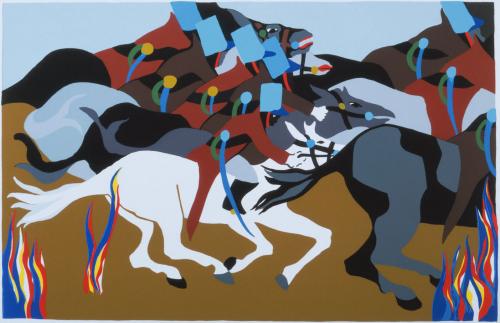 Dutch photographer Rineke Dijkstra is known for her bold depictions of global youth. The pictures veer away from sentimentality, and their use of low-toned backgrounds make the adolescents seem uncharacteristically assertive. The National Gallery of Art will exhibit five of her earnest pieces. 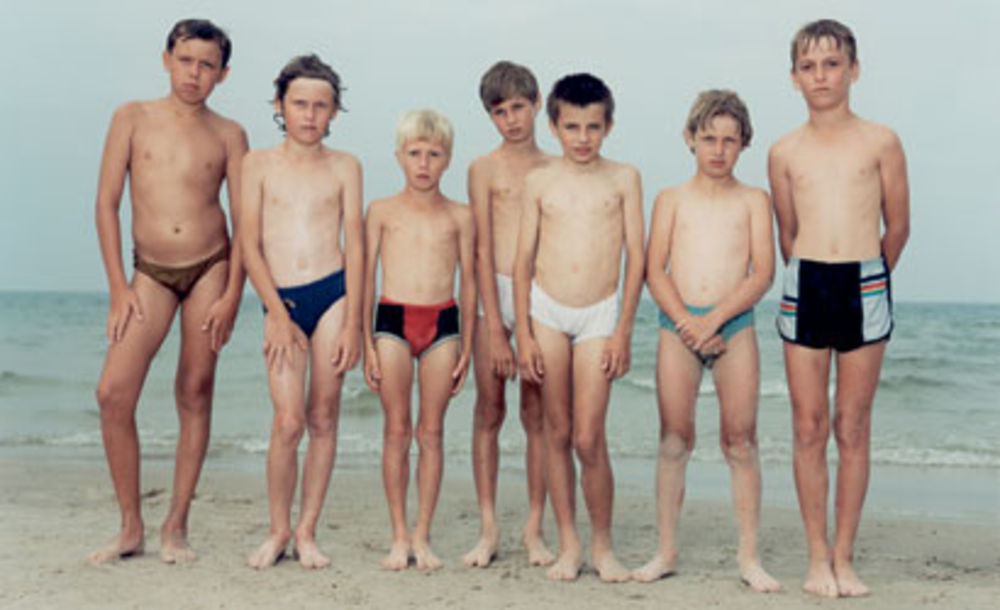 Courtesy of National Gallery of Art