18 Photos That Prove Washington, DC is a Winter Wonderland 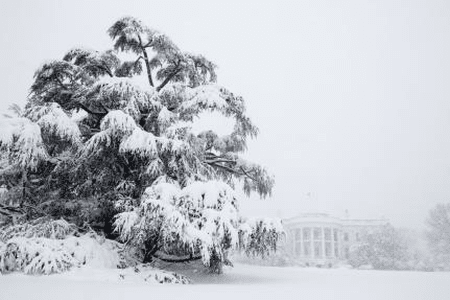 The cherry blossoms and Potomac River in spring always seem to steal the show in Washington, DC, but there’s a lot of beauty in the winter, too. We might not appreciate it as much because we’re layered from head to toe, waiting impatiently to get out of the snowy weather. But not before snapping a few pictures to remember the beauty of the day around a warm fire sipping cocoa. Here are 18 photos that show DC as a winter wonderland.

The lighting of this tree is a huge event in DC that marks the beginning of the holidays. Ornaments come from all over the country, in line with the idea of the Pathway of Peace, a walkway of 56 smaller trees adjacent to the National Christmas Tree that represent all the states and territories. 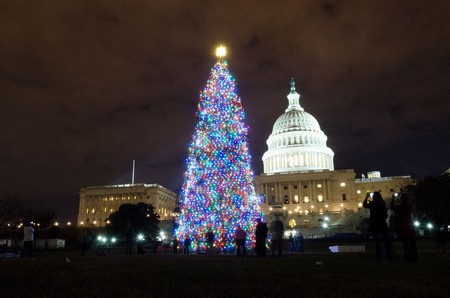 Festival of Lights at The Church of Latter-Day Saints

The Church of Latter-Day Saints and the surrounding land is decorated in more than 450,000 Christmas lights each year. They also have free local music concerts every night in their beautiful theater. 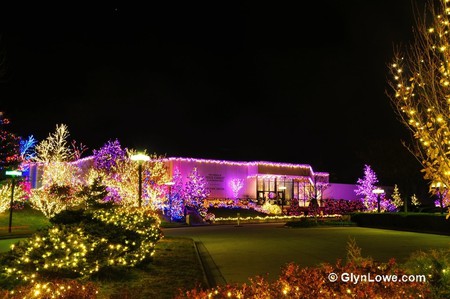 Each year, people lay wreaths on the tombstones in Arlington Cemetery during the annual Wreaths Across America ceremony. 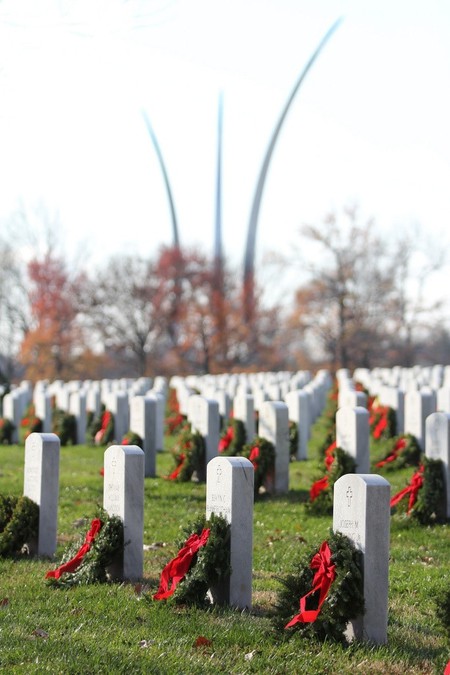 During this free event, the Smithsonian National Zoo is turned into a winter wonderland with more than 500,000 environmentally-friendly LED lights, delectable winter treats, live music performances, and small venues for holiday shopping. 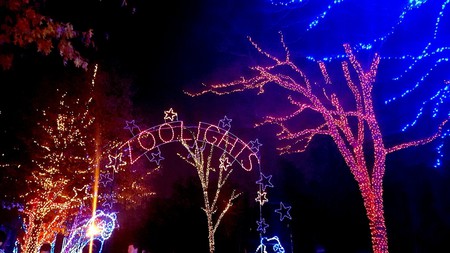 On the National Mall, between 9th and 7th Street, and Madison St and Constitution Ave, the National Gallery of Art turns the Sculpture Garden into a fun ice skating rink. 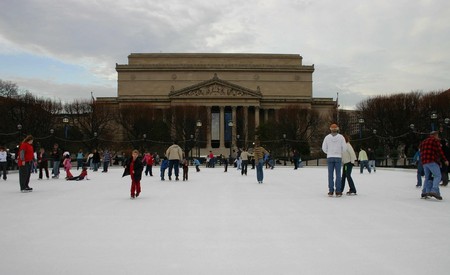 The Pathway of Peace is made up of 56 small trees set around the National Christmas Tree. The path represents each the states and territory that make up the United States. 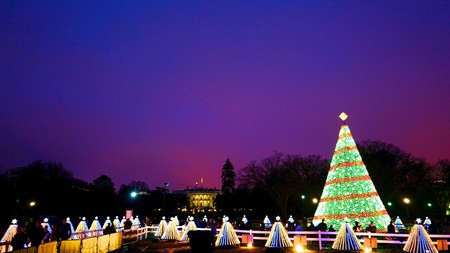 Every year, on December 12th, there is a free lighting ceremony of the massive Hanukkah menorah on The White House Ellipse. 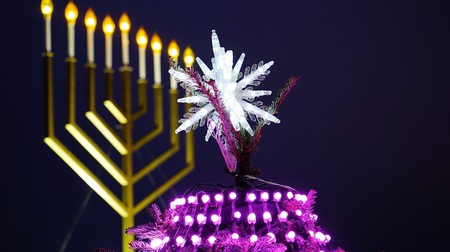 Some people see politics as dry and dull, but no one can resist the holiday cheer. Many political buildings are decorated, including the Supreme Court, which sets up a gorgeous Christmas tree. 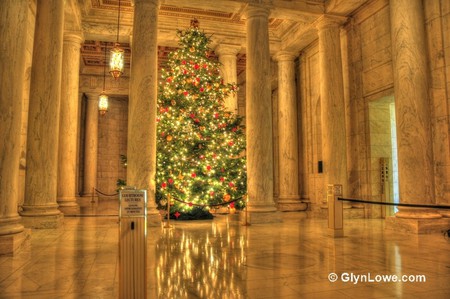 Santarchy is an annual event, this year on December 9th, where people in major cities all over the world dress up in Santa suits just for the fun of it. 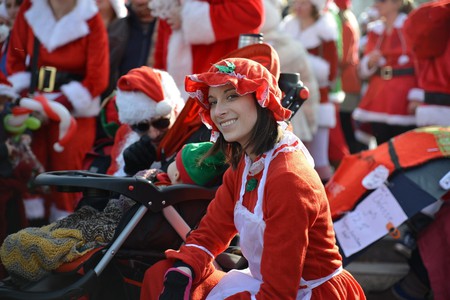 Even the bustling transportation building in DC is dressed up nicely for the holidays. Among old brick and high arches, you’ll find decorations, including this impressive wreath. 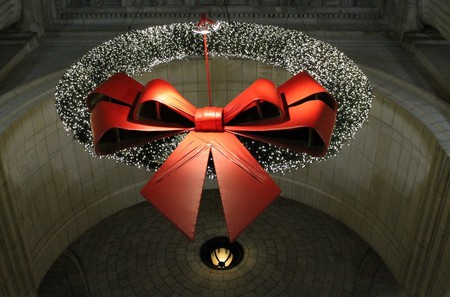 2016 was the first time in 141 years that sledding on Capitol Hill was legal. No fear of imprisonment this winter; feel free to sled to your heart’s content. 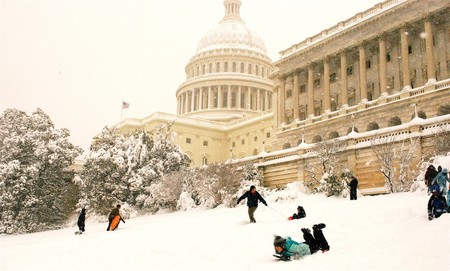 The white-stone historical monuments are particularly enchanting in a snowy setting. 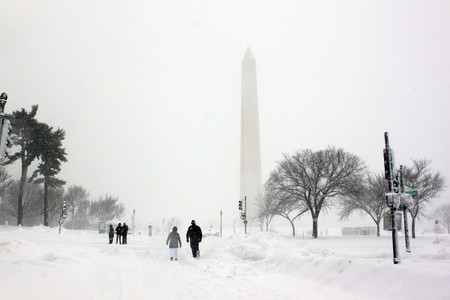 There’s just something magical about white on white on white. The snowy White House is a gorgeous site that people travel from all over to see, and locals love to pass by each day. 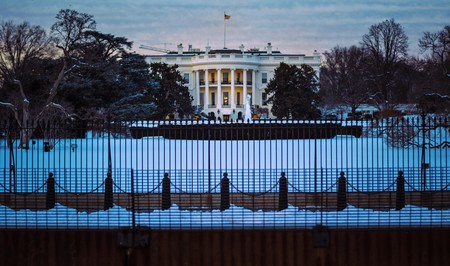 Here is a side view of the most famous house in America, just to get a better perspective of how truly beautiful it is. 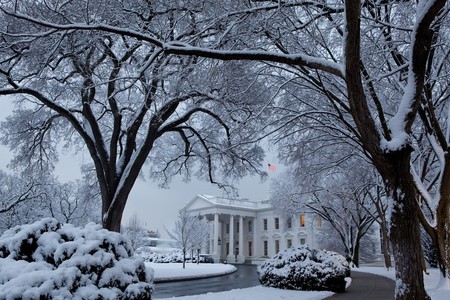 The White House isn’t the only home that looks charming with a dusting of snow. Every snowy street in DC holds beauty, especially the colorful row houses on 19th. 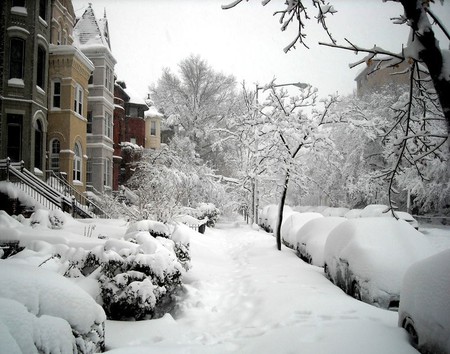 This memorial of stainless steel soldiers is dedicated to those who served in the U.S. Armed Forces during the Korean War. It’s a unique memorial any time of year, but there is a special solemnity to it in winter. 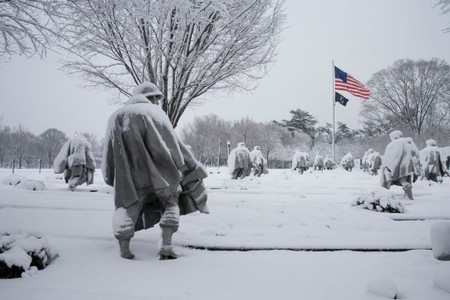 What’s a winter wonderland in DC without a gorgeous scape of the National Mall? It’s an open public space, where people stumble upon little snowy treasures like snow fights, snow angels, snowmen, and snowwomen, all winter long. 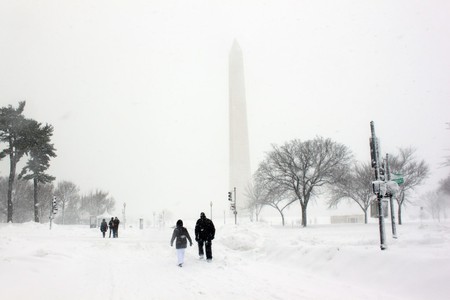 DC has the perfect blend of spacious sidewalks that are adjacent to all sorts of trees and national buildings with distinct architecture. The way the snow falls on both is a beautiful and unique site. 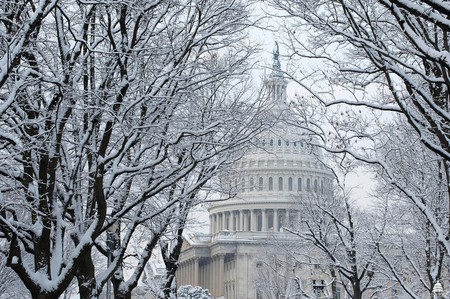 Capitol Building in winter | © USCapitol/Flickr
Give us feedback