The holiday season is approaching! Check out these uniquely D.C. gifts, suited for those both enchanted and disgruntled by the capital city.

With D.C. having the least reliable public transit in the nation, often even spontaneously catching on fire, guarantee your loved ones don’t risk their lives on the Metro this year: instead, offer the car-less in your life a membership for a pay as you go car rental service. Car-2-Gos are scattered about the streets, and the company’s app locates the closest car to you. With a membership card, you simply hold the card to the window and unlock. Bam. Reliable. Minimal chance of death. Registration fee is a mere $5, but don’t be a Scrooge – pay to load the card with ride credits. 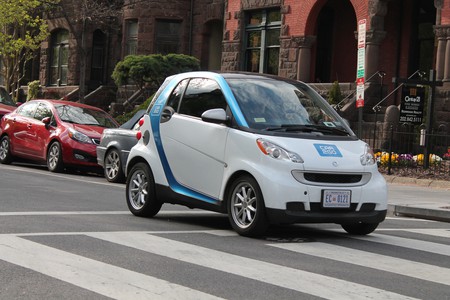 In a city of $9 bud lights, why not make your own home brew? Craft beer and home brewing are a rapidly growing hobby in D.C., and you’ll likely be able to sell your own batch – if it’s good. A beginner’s kit costs $70 and a lot of patience. Ideal for the beer snob in your life. 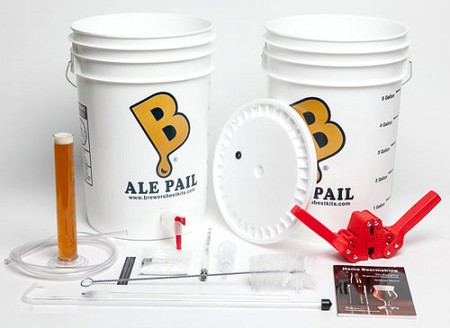 Ever heard a world leader’s motorcade pass? It’s not a fun experience. With a minimum of a 10 car police escort, the deafening sirens are enough to drive anyone mad, and the sound lingers. And lingers. Miles away. Maybe everyone would be in a better mood with a pair of old fashioned ear plugs. Although D.C. is the only city where ‘Obama made me late’ is an acceptable excuse. $6.39 for a reusable pair on Amazon.

Exclusive to the DMV area, locals pride themselves on this peculiar hometown sauce. The condiment is similar to BBQ, but with a sweet and tangy flavor. District residents lather Mumbo sauce on wings, fries, and any form of takeout. The gift is original and thoughtful without hurting your wallet, retailing for $7.25 at Capital City Co. 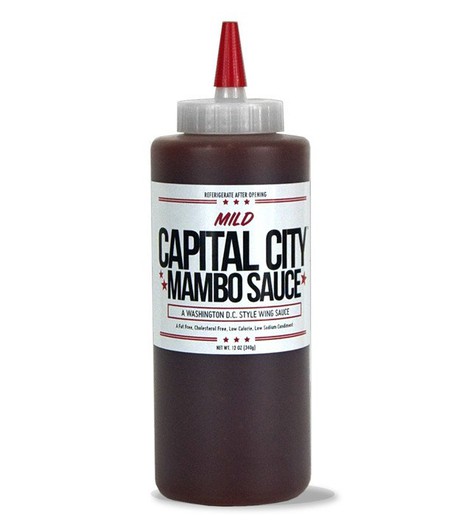 This is specifically for all the unpaid interns in your life! The city runs on free labor, exploiting all those desperate for political experience by not paying them. As unpaid interns are either working for free full-time, or splitting their time between school and working for free, they start to fade away without money for food. Make sure they’re fed, and they’ll probably cry with gratitude.

The most important thing to know about D.C.: bottomless brunch isn’t just a past time, it’s a lifestyle. The capital city is the brunch mecca of the nation, with Uber reliably surging every Sunday afternoon. Give the gift of bottomless brunch this holiday season, but in style. Offer brunch on a boat! The cruise costs $186 for two and an afternoon of debauchery. 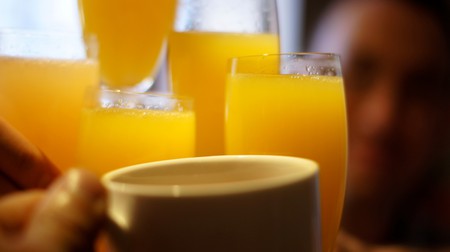 Ideal for those who work in crowded coffee shops that never have enough outlets. There might be one left, but it’s directly behind someone’s chair, and your stupid macbook charger won’t fit. But fear no more! Now your charger faces to the side, instead of outward, and can squeeze into all kinds of nooks and crannies. Cost is $20 for the utmost convenience. 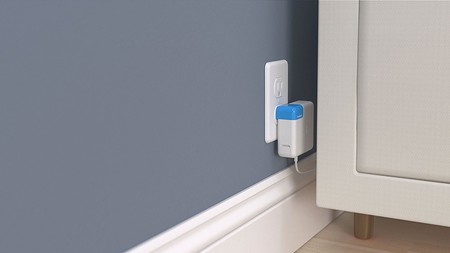 No, not of the stuffed variety. Give the gift of a real giant panda this holiday season. Okay, so you don’t actually get to interact with said panda, but the National Zoo offers sponsorships of their pandas, where you can ‘adopt’ one and contribute to its care. Adopt packages range from $50 – $1,000, and each adoption comes with a variety of adorable gifts. This is perfect for locals, as the giant pandas are D.C.’s most beloved residents. 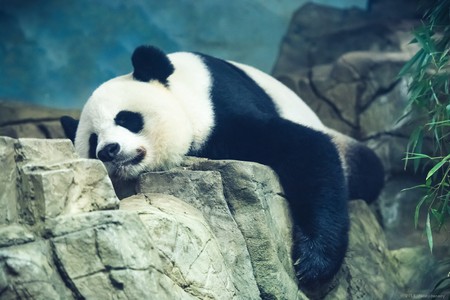 The District’s tourism sector thrives off of cherry blossom season. The capital city is coated in vibrant shades of pink when springtime arrives, accompanied by thousands of pushy tourists. Yet many locals despise the season all together, thanks to the influx of people who don’t know how to use an escalator. Sniff the blossoms without the intrusion of large crowds this year: $50 for all the scents, none of the stress.

Donald Trump and Vladimir Putin sitting…shirtless on a pig. Reminiscent of a certain famed episode of Black Mirror, this tee is sure to delight all those liberal fans of political satire – aka the entire population of D.C. $19.99 for guaranteed laughs. 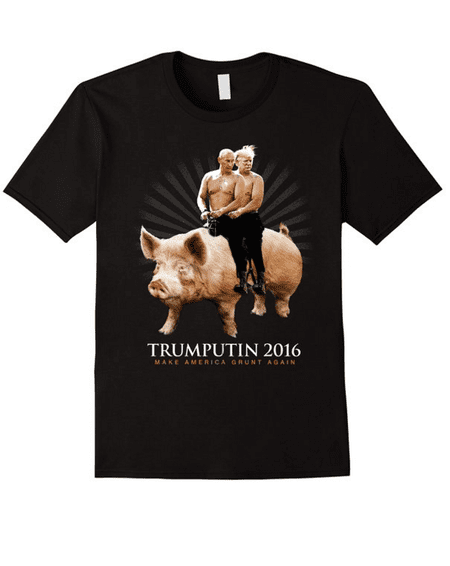 Are you just done with politics? No one ever thought the day would come that D.C. would be over all the political bullshit, but this insane election has been the catalyst. This wine glass reveals what we’re all thinking, and locals hope D.C. will return to normal soon – which all depends on November 8th. But don’t drink alone! $36 for two. 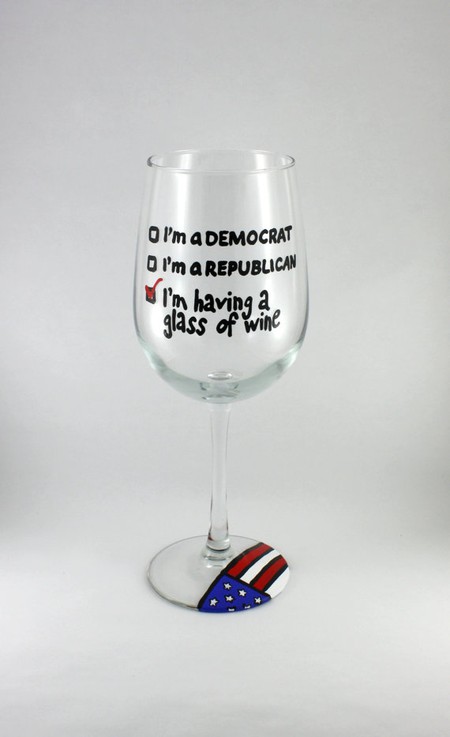 D.C. has a wealth of ecclectic adult classes, but the Navy Yard’s Trapeze School offers an unparalleled experience. Give the gift of flying, almost. Recommended for friends with a phobia of heights, because what is a better gift than forcing someone to conquer their fears! Classes cost $50.

Washington, D.C. – the city of neither rain nor shine, but more aptly, who really knows? Forecasts are rarely dependable here, and the city is known for transitioning from a sunny, warm day to the sky opening up and unleashing its wrath in a matter of moments. It’s wise to always carry an umbrella around, so a pocket umbrella is ideal for DMV life. This one retails at $49.

D.C. has a God awful football franchise, whose official team name is The Redskins. It’s a heated source of embarrassment for the people who live here; no one wants their city to be represented by a racial slur. Well, most people don’t (although Trump is polling at 45%…). This shirt mocks the dreaded football team with a running joke, renaming the team The Washington Drones.

An Airline Ticket Out Of DC

Literally anywhere. The impending doom of the election draws nearer. Do it now. Do it right now. A one-way ticket to Aruba, leaving from Baltimore, is only $162. 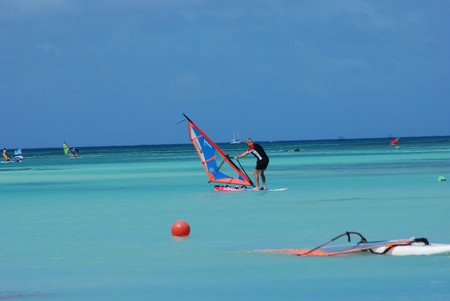 This Could Be You, In Aruba | © Harvey Barrison
Give us feedback