Virginia, USA is steeped in history and is a beautiful state with many farms and ranches. It is also a must-visit for any foodie seeking to taste incredible farm-to-table cuisine. These are the best restaurants in Virginia. 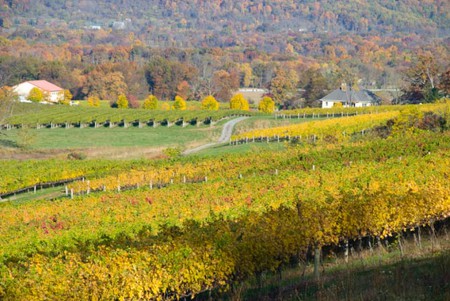 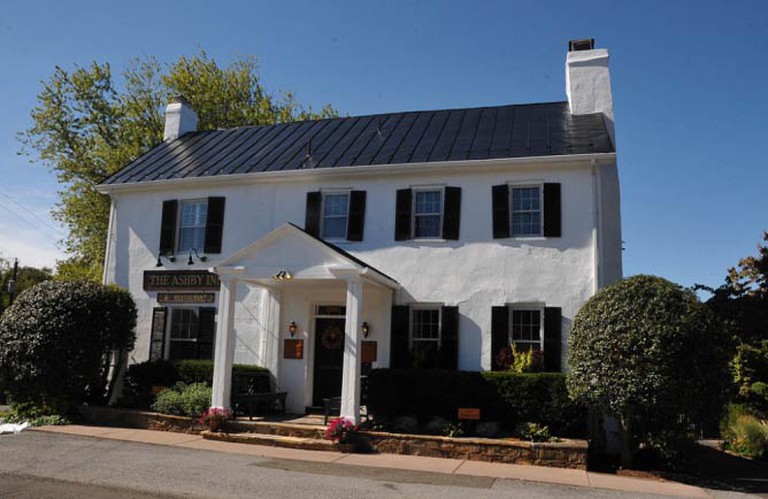 Exterior of The Ashby Inn & Restaurant | © Jerrye & Roy Klotz, MD/WikiCommons
Situated in the heart of Williamsburg, A Chef’s Kitchen is a culinary experience not to be missed. Opened by Chef John and Wanda Gonzales, this establishment offers guests an opportunity to watch, learn, and eat. The open kitchen is like a stage. From their tiered seating and tables, the diners watch the chef and his team prepare a multi-course meal. The culinary team creates new menus each month and might include delectable options such as their signature skillet baked cornbread. In the past there has also been Louisiana gulf shrimp with Creole sauté and cheesy grit cakes; and mocha pots de crème with cinnamon-cocoa meringue. The meals are paired with three wines and diners receive recipes so they can recreate their favorite dishes at home.
Open In Google Maps
501 Prince George Street, Williamsburg, Virginia, 23185, USA
+17575648500
Visit Website
Give us feedback 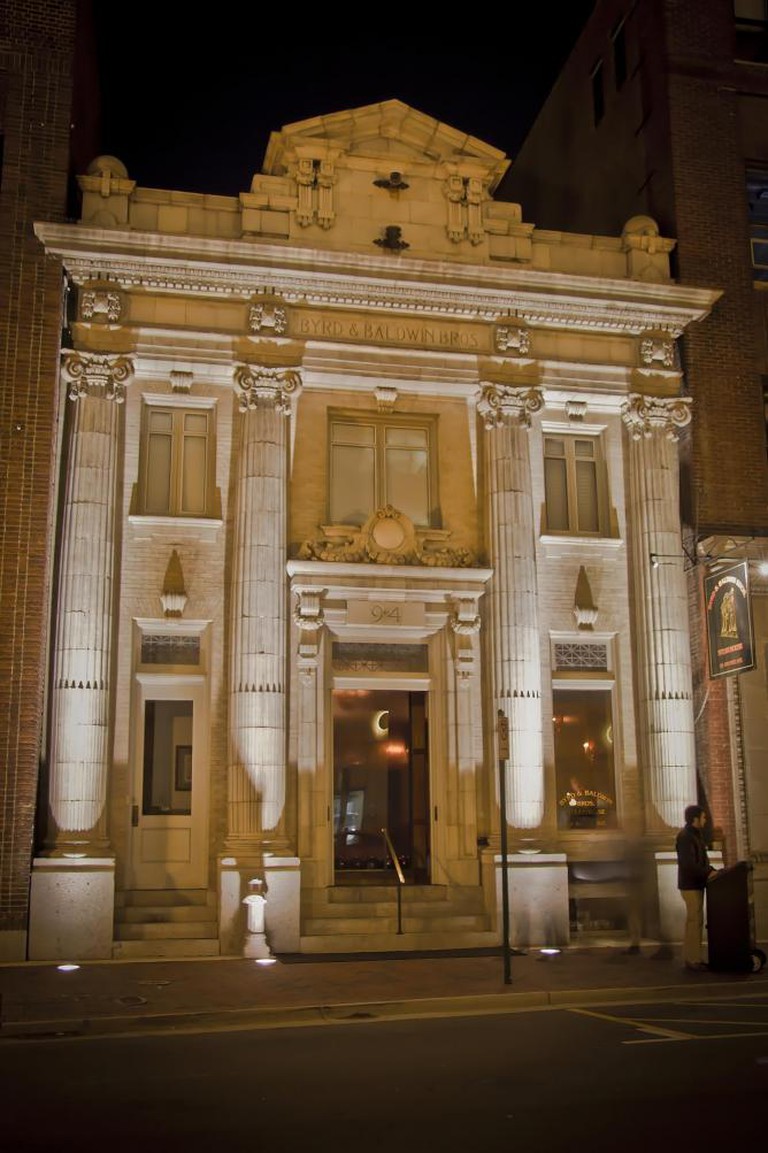 Exterior of Byrd & Baldwin Bros. | © Byrd & Baldwin Bros.
Located in a tiny village in Northern Virginia called Paris, The Ashby Inn and Restaurant is a charming venue nestled inside an 1829 building originally built as a private home. Today, it is a lovely spot, surrounded by lush landscaped grounds, where guests can retreat and have exquisite farm-to-table cuisine created by executive chef Patrick Robinson. Sourcing ingredients from the inn’s garden and local farms and purveyors, the culinary team creates new menus each day in order to showcase the freshest in-season products. They also offer wine and cider tastings. This place is open for lunch and dinner Wednesday through to Saturday plus Sunday brunch and reservations are strongly recommended.
Open In Google Maps
Suite D, 692 Federal Street, Paris, Virginia, 20130, USA
+15405923900
Visit Website
Give us feedback

The Inn at Little Washington 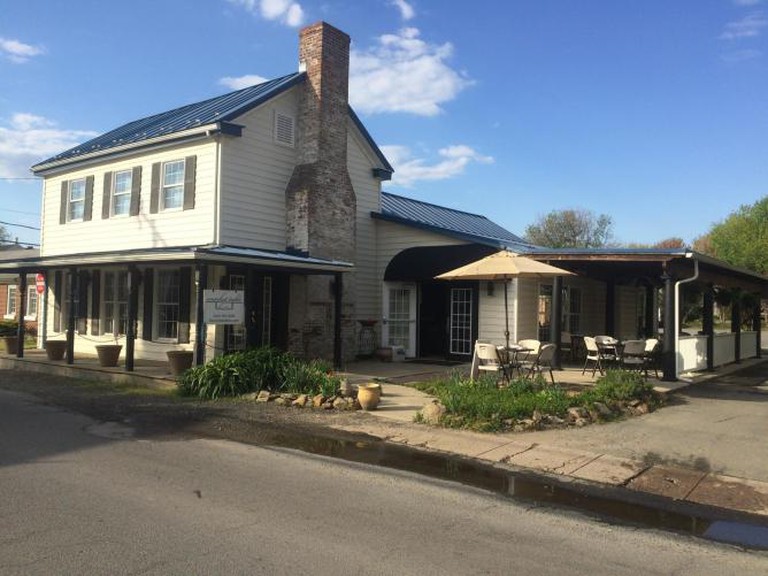 Exterior of the Market Table Bistro | Courtesy of Market Table Bistro
Located in the Virginia countryside in Washington, The Inn at Little Washington is a real culinary gem that should be on every foodie’s bucket list. Established in 1978 in a converted garage by the acclaimed Patrick O’Connell who is also the chef, the restaurant has garnered numerous awards and recognition over the years. Within luxurious, romantic interiors, discerning diners can savor a host of exquisite, refined American dishes made with local and artisan ingredients. The menus, which include a vegetarian menu, change often. They have included sweet New England bay scallops with candied yams and macadamia nuts and the cauliflower ‘steak’ with yellow Indian curry, green grapes and candied walnuts. An award-winning wine cellar with more than 2,400 selections from around the world is on-site as well.
Open In Google Maps
309 Middle Street, Washington, Virginia, 22747, USA
+15406753800
Visit Website
Give us feedback

Bistro, American, Vegetarian, Vegan, $$$
Facebook
Email
Twitter
Pinterest
Copy link
Share
Map View
Found in Lovettsville in the heart of the Loudon County wine country, Market Table Bistro is a lovely farm-to-table venue located inside a converted home. Opened in 2010 by Chef Jason Lage and Rebecca Dudley, the restaurant creates delicious fare inspired by the regional bounty, which is procured from local purveyors. Within a warm, inviting interior with art-adorned walls, guests can visit for lunch, dinner, or weekend brunch. Enticing options diners may find on the menu — it changes often — includes crispy quail with fall greens, corn cakes, honey and hot sauce. There has also been vegetable pot pie filled with roasted winter vegetables and mushrooms accompanied by a salad of field greens tossed in an herb vinaigrette. Beer and wine, with an impressive selection of local varieties, are also available.
Open In Google Maps
13 East Broad Way, Lovettsville, Virginia, 20180, USA
+15408223008
Visit Website
Give us feedback

Bistro, Restaurant, French, $$$
Facebook
Email
Twitter
Pinterest
Copy link
Share
Map View
Le Refuge is a charming, casual French bistro located in the heart of Old Town Alexandria. Founded in 1983 by Jean-Francois Chaufour and his wife, Francoise, who are natives of France, the beloved, family-run spot attracts locals and tourists with its delicious French cuisine and warm environment. Within a cozy interior, diners can savor a host of French classics, including French onion soup topped with Swiss cheese. There is also beef Wellington, which is a filet mignon wrapped in pastry dough with duck liver mousse and mushrooms served with a Madeira sauce. Another good pick is frog legs with garlic butter and tomatoes. An extensive wine list is also available. Reservations are recommended.
Open In Google Maps
127 North Washington Street, Alexandria Historical District, Alexandria, Virginia, 22314, USA
+17035484661
Visit Website
Give us feedback

Bakery, Restaurant, American, German, $$$
Facebook
Email
Twitter
Pinterest
Copy link
Share
Map View
Tucked inside a historic 1779 tavern in historic Abingdon, The Tavern is a delightful restaurant serving upscale American and German cuisine. Over the years the building— the oldest historic building in the town — has been a bank, a bakery, and even a hospital during the Civil War. It became its current incarnation in 1994. Entrees sure to delight the tastebuds of diners include the filet mignon stuffed with shrimp, bacon, ricotta and herb cream cheese served with a Marsala reduction. There is also the wienerschnitzel, which are pan-fried, breaded veal cutlets accompanied by spaetzle, beef mushroom gravy plus red cabbage. To complement the meal, a selection of wine, including local varieties, is available.
Open In Google Maps
222 East Main Street, Abingdon, Virginia, 24210, USA
+12766281118
Visit Website
Give us feedback

Restaurant, American, Seafood, $$$
Facebook
Email
Twitter
Pinterest
Copy link
Share
Map View
Nestled inside a historic building in downtown Staunton, Zynodoa is a wonderful establishment specializing in ‘inspired southern cuisine.’ Striving to give diners a taste of the area, the crew at this restaurant works with independent farmers throughout the state to provide the freshest, seasonal ingredients available. They also have their own farm where they produce vegetables, fruit, herbs and eggs. Within a modern, sleek interior, guests can savor items such as house-made pickled vegetables. There is also Buffalo Creek Beef steak frites with oyster mushrooms, crispy potato battonets plus horseradish aioli. Desserts include Disaronno amaretto crème brûlée with crushed almond and sugar tuile. Pair the meal with a complementary wine for a full culinary experience.
Open In Google Maps
115 East Beverley Street, Staunton, Virginia, 24401, USA
+15408857775
Visit Website
Give us feedback
Give us feedback