This Virginia Museum Has Some of the World’s Coolest Aircraft 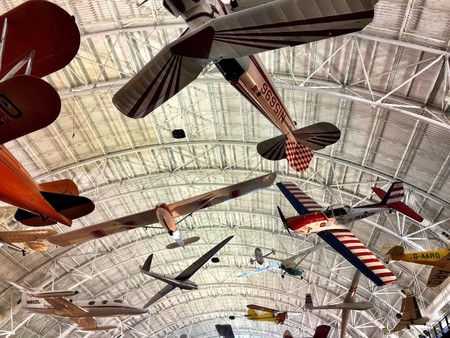 At the Smithsonian Institution’s Steven F. Udvar-Hazy Center in Chantilly, Virginia, visitors can get up close to some of the most impressive aircraft invented, including a Concorde jet, a U.S. space shuttle and numerous World War II airplanes and other artifacts.

The Smithsonian Institution decided to build the Steven F. Udvar-Hazy Center, located near Dulles Airport in Chantilly, Virginia, because there was not enough space at the Air and Space Museum on the Mall in Washington, D.C. to display all that was in storage. Museum officials also wanted a space that could fit modern aircraft, which tends to be bigger. 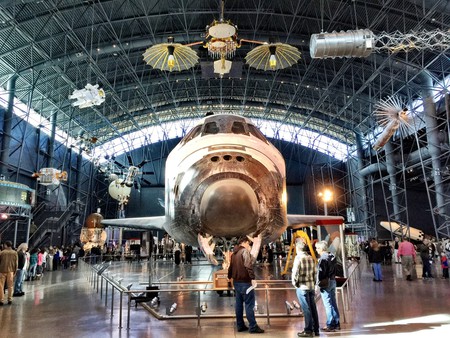 The Space Shuttle Discovery is one of the popular artifacts at Udvar-Hazy Center of the Air and Space Museum. | © Joanna Marsh / Flickr

The jewels of the Air & Space collection at Udvar-Hazy include the supersonic Air France Concorde jet and the Blackbird SR-71, which is considered to be the world’s fastest jet-propelled aircraft. In 2012, NASA gave the Smithsonian the Space Shuttle Discovery, which entered service in 1984 and flew on 39 Earth-orbital missions before its last flight in 2011. Hanging above and around the Space Shuttle Discovery are satellites that have flown around the Earth in service of NASA and military operations, or for commercial applications.

The two large hangars at the front of the museum feature memorabilia and artifacts ranging from military planes to commercial aircraft to leisure aircraft. One of the earliest models of jets produced for business travel is there, as well as a Boeing 367, which served as the precursor to the Boeing 707, a passenger jumbo jet. Military artifacts include a 1917 French twin-engine Caudron G-4, which the Smithsonian says is one of the oldest surviving bomber aircraft in the world, and a Boeing B-29 Superfortress named Enola Gay, which flew a weather reconnaissance flight prior to a second atomic bomb that the U.S. military dropped on Nagasaki, Japan, in August 1945. Visitors can also see specialists undertake the restoration of aircraft and space objects at the viewing mezzanine of the Mary Baker Engen Restoration Hangar.