The Best Hotels and B&Bs to Book for Shenandoah National Park, Virginia 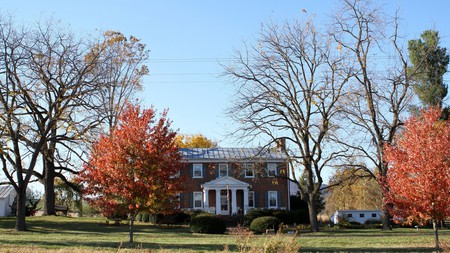 From cozy cabins overlooking the Blue Ridge Mountains, to boutique hotels built for a weekend’s pampering, these are the best places to stay for Virginia’s natural adventure playground, Shenandoah National Park – and they’re bookable with Culture Trip.

Whether you’re a back-country rambler, or a nature-loving road-tripper, Shenandoah National Park has something for you. Stretched over roughly 200,000 acres of Virginia’s Blue Ridge Mountains, and home to miles of forest trails leading to waterfalls, rocky cliffs, and calm wetlands – as well as the dramatic Skyline Drive – it’s a slice of America that time forgot. Forget the daily grind with a weekend at one of these brilliant hotels, all located within a stone’s throw of the park. 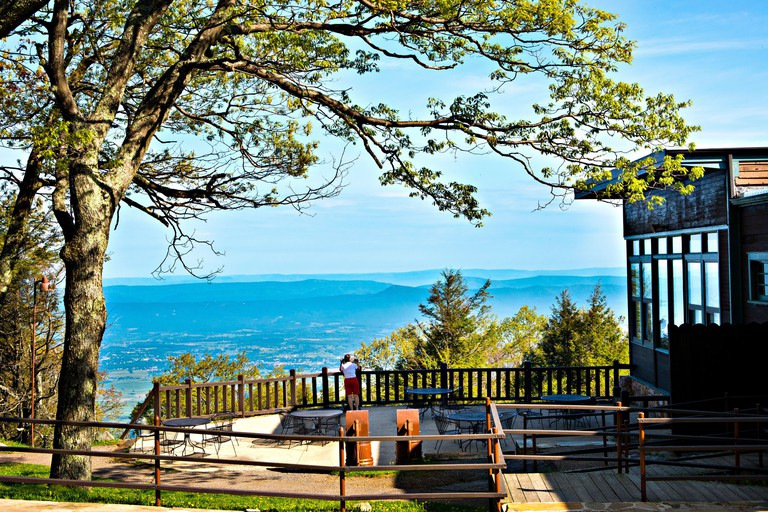 For Skyline Drivers, it doesn’t get better than this. At the road’s highest point, this cozy, stone-clad lodge – with both in-building rooms and private, standalone cabins – comes with cloud-kissed views of the Shenandoah Valley. Wifi and cell phone service are admittedly spotty, but that just gives you more of an incentive to kick off your hiking boots – or driving shoes – and kick back and enjoy the views. A glass of craft beer from the on-site Mountain Taproom couldn’t hurt that cause, either. 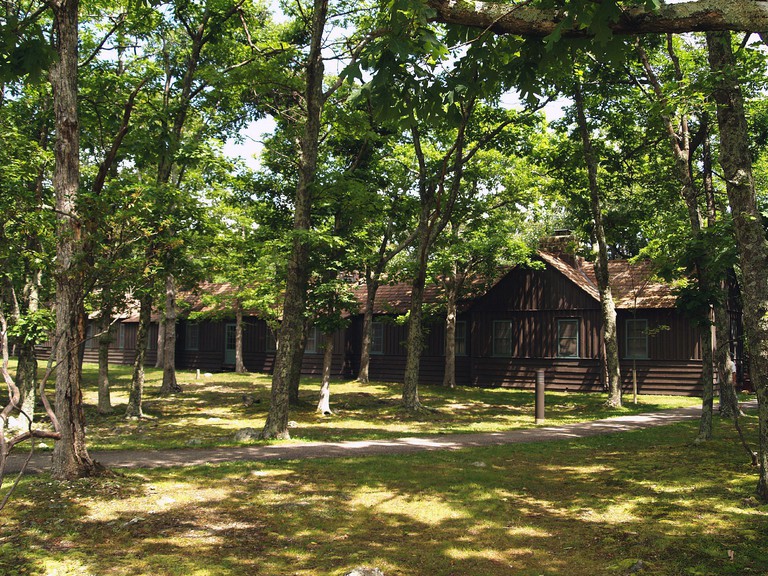 Courtesy of Big Meadows Lodge / Expedia
Star gaze until you go cross-eyed at this Skyline Drive lodge. It’s just a couple of minutes from the large, grassy meadow at the mile 51 marker which, with its light pollution-free skies, makes for ideal ground for any budding astronomers. During daylight hours, you can hang out on the lodge’s pet-friendly outdoor terrace, where amazing views and Yappy Hour menus will keep tails wagging all afternoon. 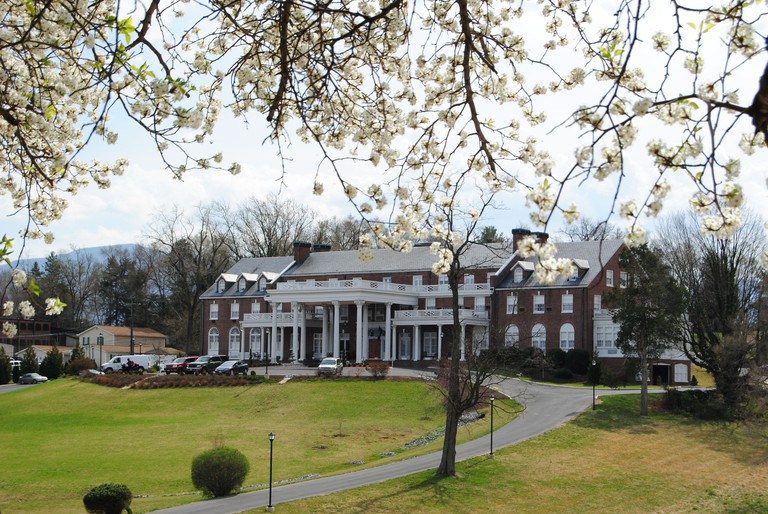 This historic hotel has a special significance: First Lady Eleanor Roosevelt stayed here during the opening of Shenandoah National Park in 1936. You can too, if you book the aptly named Roosevelt Room. Too hungry to think about history? No worries, Sunday brunch at Circa ‘31 Restaurant will sweep away those hunger pangs with biscuits and gravy, chicken and waffles, and fried green tomatoes. It’s a southern-style slap-up, designed to restock those calories you burned while hiking. 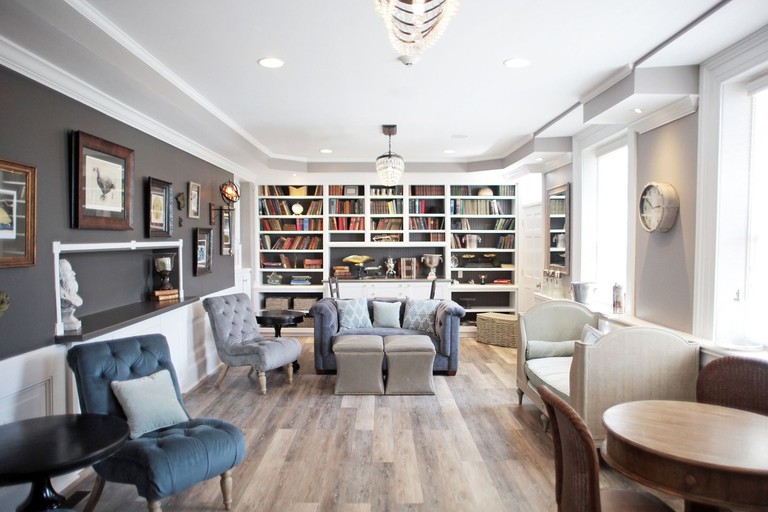 With only a dozen rooms – each with a full kitchen – it’s not hard to see why the boutique Hotel Laurance is a popular layover for Shenandoah Valley town Luray. Creekside cafes are only a few blocks to the east while the cool Luray Caverns and cuddly rescue animals at the zoo are only a few blocks to the west. If you’ve brought your bicycles along, the Luray Hawksbill Greenway will show you everything else the town has to offer from north to south. 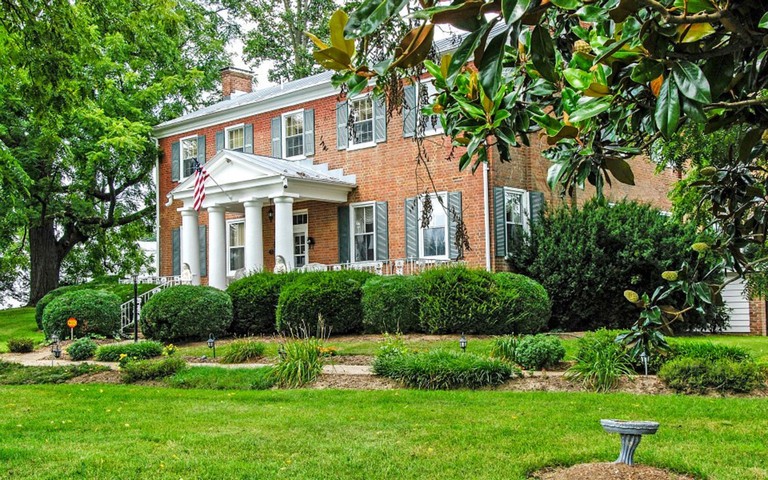 A quiet stay awaits you at Cave Hill Farm Bed & Breakfast, just 15 minutes from the park entrance. This five-room manor house is as peaceful as it was when it was built in the 1830s. The authentic, antique-heavy decor is delightful, but rooms are thankfully brought up to modern spec with electric fireplaces and TVs. And for the more boisterous bunch? Cave Hill Farms Brewery is a walkable half-mile from the manor.

The Blackburn Inn and Conference Center 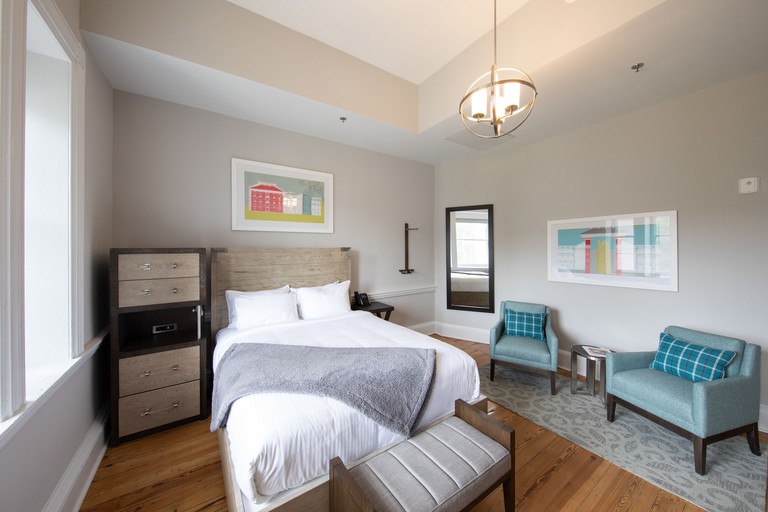 Courtesy of The Blackburn Inn and Conference Center / Expedia

History without the cobwebs, heritage without the cramped sleeping quarters – this boutique hotel, originally built in the 1820s, seamlessly blends old-world charm with modern elegance. The 49 rooms are all slightly different in layout, but equally chic in decor, with polished floorboards, dove-grey walls and bright, light-filled bathrooms with huge walk-in showers. Relax with a massage in the hotel’s whitewashed spa, or let loose at one of the live music events the hotel hosts in its manicured grounds. 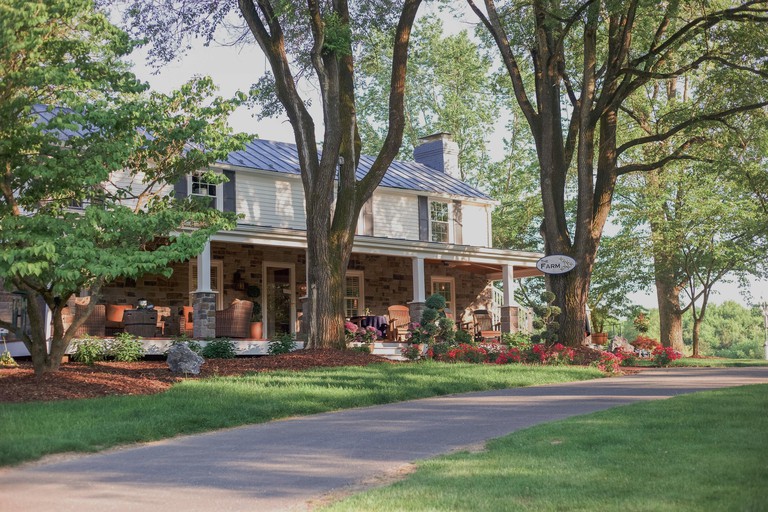 The simplicity of Virginian farm life is yours to savor at Orlesa Farms. This private farm offers only nine romantic guest rooms, with private entries and private baths to ensure unspoiled discretion. We’re not sure which is more amorous: the easy-on-the-eyes sunrises or the cozy fireplaces that will convince you to cuddle up even in the heat of summer. Orlesa Farms is only a few minutes from Shenandoah National Park, but we have a feeling you’ll be spending more time in your room’s jacuzzi tub. 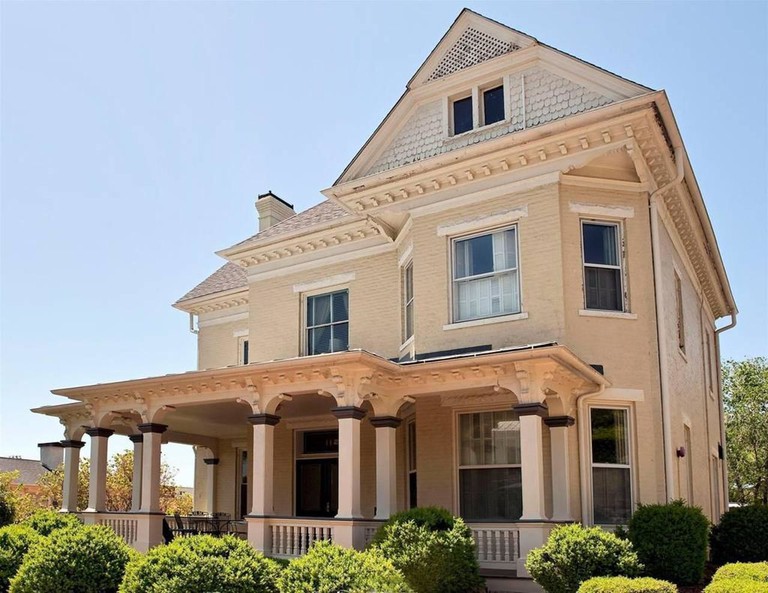 Appreciate the beauty of Shenandoah National Park and the rich history of neighboring Staunton at Frederick House. Located in the historic downtown area, a good night’s rest in one of the seven 19th-century houses and a homemade breakfast will get you ready for a day of exploration. The nearby Woodrow Wilson Presidential Library and Woodrow Park will give you an appreciation for the former president’s birthplace – while the Frontier Culture Museum will ready you for a day exploring the trails of Shenandoah.

The surrounding areas of Shenandoah National Park are equally as charming and offer some of the best views in Virginia. See hotels in nearby Charlottesville with many suitable for those on a budget – now bookable via Culture Trip – and restaurants that’ll boost your energy supplies nicely in Winchester. For the adventurous types wanting to go further than Skyline Drive, discover America’s top cycling routes. For more great places to stay in Virginia, check out our pick of the best hotels in Charlottesville, Virginia, for every traveler, bookable on Culture Trip.