Virginia Beach is more than just a getaway from the bustle of the ‘real world’. It’s the place where the sun and sand meet the ever-expanding culinary palate. The diversity of flavors and cuisines you can find in one neighborhood, Alanton, is as unexpected as it is tantalizing. Check out the 10 best restaurants to visit while you’re here. 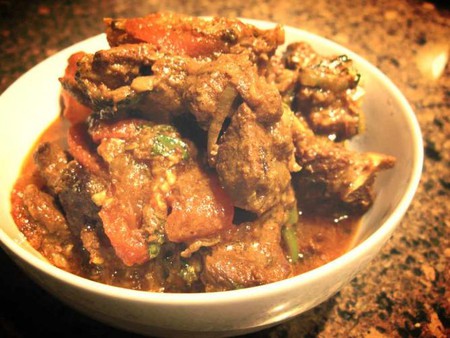 Awarded with the 2015 Wine Spectator’s Award Of Excellence, Masala Bites is an unforgettable Indian dining experience in the heart of Virginia Beach. With mouthwatering courses served in both the afternoons and evenings, the executive chefs at Masala Bites use premium, often imported ingredients in each dish to deliver on their promise of authenticity. Pair them with the restaurant’s award-winning wines for a moment of spicy, creamy masala goodness you’ll wish would never end. 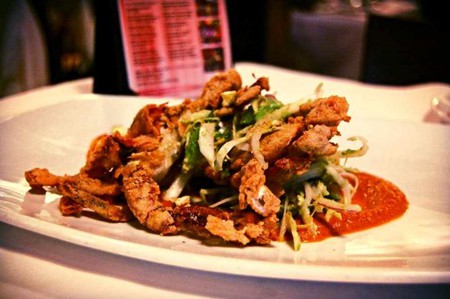 Coastal Grill has a motto it lives by, and in doing so it’s quickly become a favorite among critics and locals alike: “classic and consistent”. The seafood is, of course, caught fresh each day and cooked to the patron’s preference. However, there are also a few signature options that locals can’t get enough of: the famous pot of steamed mussels (cooked with thyme and tomato), the pan-fried rainbow trout (with hints of bacon and garlic), and fried oysters (with homemade tartar). With crowds lining up outside each evening, you’ll need a reservation to get a table.
Address and telephone number: 1440 North Great Neck Road, Virginia Beach, VA 23454 +1 757-496-3348 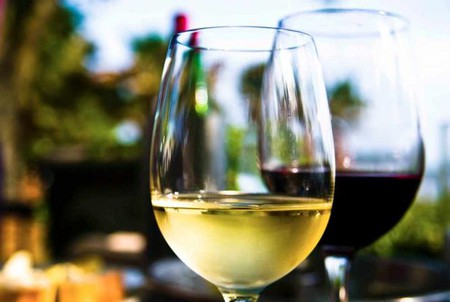 Aldo’s Ristorante offers a traditional, premier Italian dining at an affordable price. Alanton is known for its vast array of Italian cuisine; the sheer volume of pizzerias, and family-style restaurants is overwhelming. But Aldo’s finds a way to rise above the rest, winning awards for over twenty years for its extensive wine selection (over 350 diverse, cutting-edge selections are available) and its deeply-rooted Italian menu. 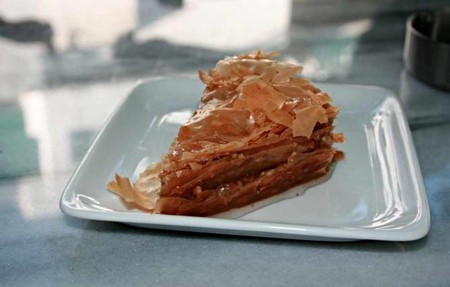 Head over to Baladi Mediterranean Café, located in the Hilltop West Shopping Center, for inimitable Lebanese–Greek cuisine. The surroundings may not be the most scenic, but the food more than compensates for the lack of Virginia Beach views. Everything on the menu is made fresh by hand, per order; ingredients like pure honey, semolina flour and rose water syrup make regular appearances on the popular dessert menu.
Address and telephone number: 626 Hilltop West Shopping Ctr, Virginia Beach, VA23451 +1 757-425-8877 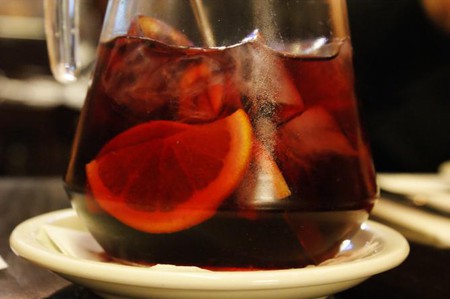 Hot Tuna Bar & Grill is the kind of pub-restaurant-tavern that you come across once in a lifetime. It’s a steakhouse and seafood grill, but it’s much more than a culinary establishment. You can literally see the chefs’ passion for cooking unique creations come to life; you can witness firsthand the bartenders’ zeal for mixing drinks and being present in your company. The ingredients are all local and seasonal, sourced from nearby farmers’ markets. The atmosphere is vibrant and buzzing with energy, with local musicians performing nightly. As a member of the farm to fork movement, Hot Tuna will not disappoint. 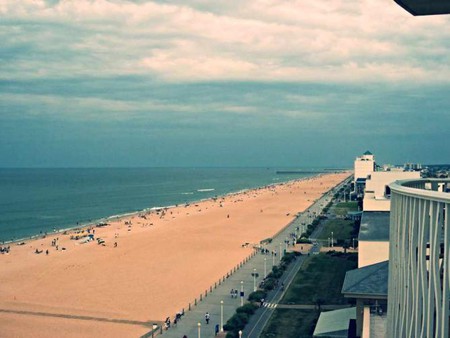 If you’re in the mood to splurge on deliciously all-American dining, head to Zoës for dinner with a sea view. Situated directly along the Virginia Beach ocean-front, Executive Chef Jesse Wykle has been with the restaurant for four years and has taken it to new heights, honing his culinary prowess with offerings like sesame seared Pacific tuna loin on coconut foam and crispy lotus. The ingredients are exotic, testing the scope of customers’ palates by expertly marrying opposing flavors. 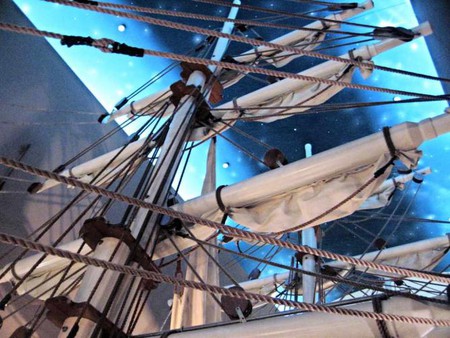 For a playful spin on fresh seafood on a budget, Captain George’s Seafood has you covered. The buffet is always a hit with loyal customers and new visitors alike, the latter of which are usually drawn to the restaurant thanks to the glowing, life-sized blue sailboat and wooden lighthouse exterior. Captain George’s offers you a menu with the day’s “Fresh Catch” on it, explaining in detail how each seafood dish ought to be savored. Having been around since the 1970s, Captain George certainly knows his seafood better than most.
Address and telephone number: 1956 Laskin Road, Virginia Beach, VA 23454 +1 757-428-3494 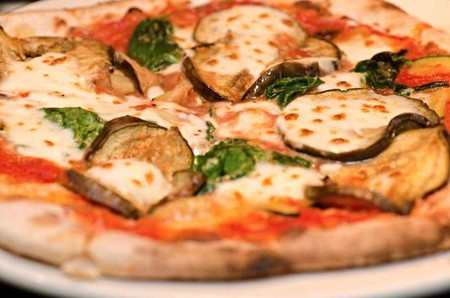 Fire & Vine promises to redefine wood grill dining with its simple yet robust culinary offerings. From wood-fired pizzas to all types of fire-roasted entrees, the flame is the name of the game. The atmosphere is warm and inviting, with low lighting and attractive decor. Its location in the Hilltop area’s shopping center makes it incredibly accessible despite its proximity to Virginia Beach’s oceanfront, so you can be sure to find parking without getting caught up in the crowds heading for the beach. The attentive and friendly staff are prompt without being abrupt, and are there to guide you through the plentiful menu selections.
Address and telephone number: 1556 Laskin Rd., #134, Virginia Beach, VA 23451 +1 757-333-4824 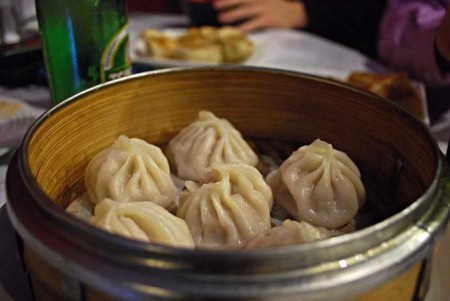 Every great town has one great Chinese restaurant that doubles as the perfect midnight takeout place, and Peking City is Alanton’s. This crowd favorite serves some of the most authentic Chinese dishes you’ve ever tasted, and serves as another example of the culinary diversity you can find at Virginia Beach. Even though it’s a tiny hole-in-the-wall located along a strip mall, reviewers consistently rave about the incredible value and quality of the meals. For quantity and quality without compromise, Peking City is the place to eat. 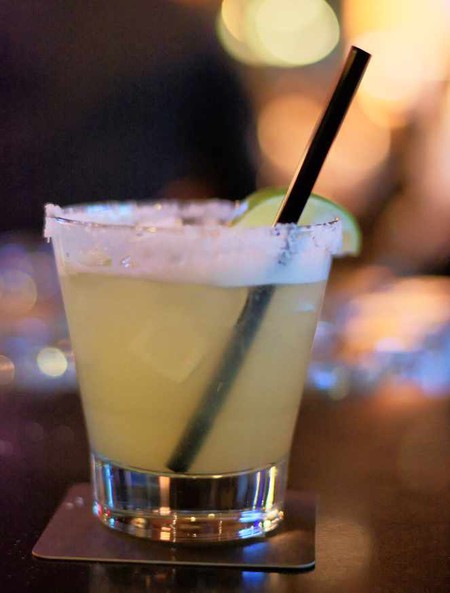 If you’re craving a quick bite of spicy, tangy and mouthwatering Mexican food, don’t waste a second in heading over to El Tapatio. Located just south of Virginia Beach in a pocket of Alanton, El Tapatio specializes in speedy service without skimping on value. The tapas-sized tacos are the perfect accompaniment to the decadently strong margaritas and cocktail drinks; there’s never a dearth of wait staff or bartenders here, so you know you’re getting the best possible service.
Address and telephone number: 2129 General Booth Blvd. Virginia Beach, VA 23454 +1 757-563-2373