Most Haunted Sites to Visit in Williamsburg, VA 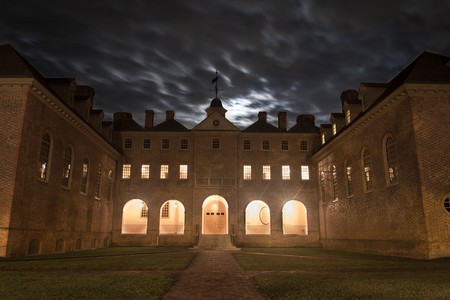 Some consider the Christopher Wren Building of the College of William and Mary to be haunted. It has a crypt underneath. | © Drew B Darby / WikiCommons

Known as a historic site that witnessed the American and Civil Wars, Williamsburg is also known as one of the most haunted in Virginia. Here are some places within Williamsburg where you might encounter a strange chill. 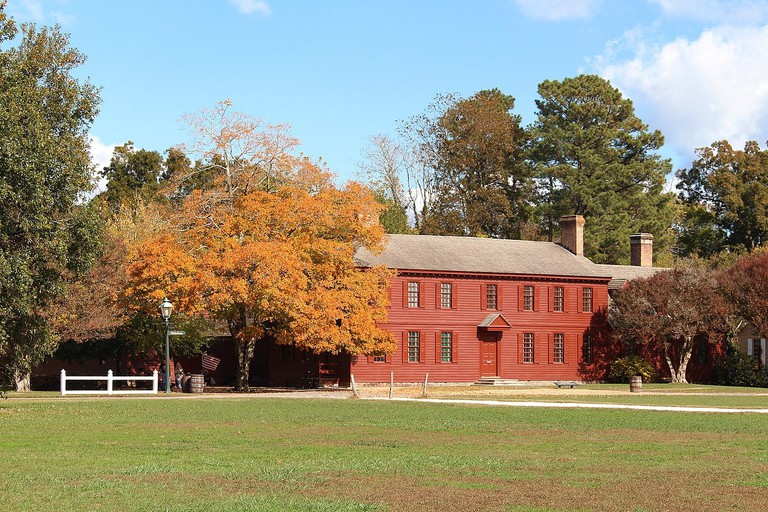 The Peyton Randolph House is considered to be one of the most haunted buildings in the historical area of Williamsburg. | © Kristopher Grubbs WikiCommons

Considered to be one of the most haunted buildings in Colonial Williamsburg, the Peyton Randolph House has seen a number of tragic deaths in its storied past. Peyton Randolph was a politician from a prominent family, and his home, one of the most stately in the town, hosted political players and gatherings in its heyday. The Peachy family later owned the home. But tragedy also struck the home several times. According to local folklore, severe mistreatment of slaves living and working there caused the home to be cursed. Local stories recount multiple deaths: the house became an infirmary for wounded soldiers who might have breathed their last there. For decades, visitors to the house claim to have heard strange sounds like footsteps or crying, or seen ghosts in the windows. 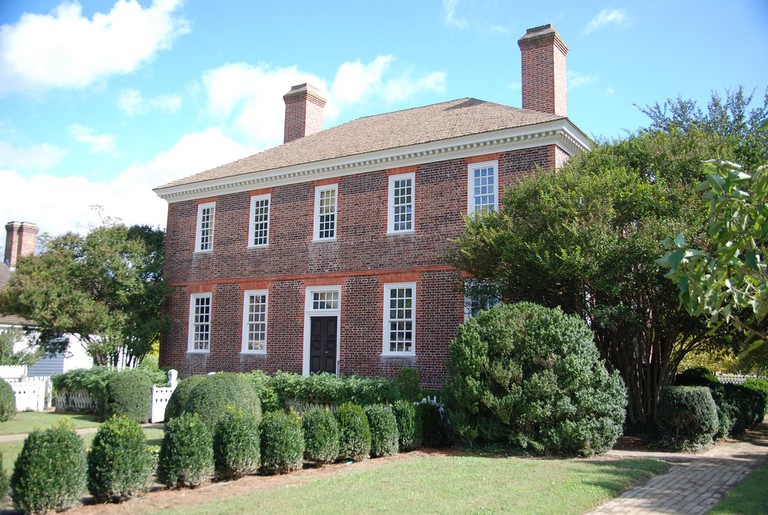 The George Wythe House is one of the many buildings in historic Williamsburg rumored to be haunted. | © Joe Ross / Flickr

This building is considered haunted by association. A prominent citizen of Williamsburg, George Wythe mentored Thomas Jefferson at the College of William and Mary, taught law, and signed the Declaration of Independence. According to local folklore, friends of the Wythes—Sir Peyton Skipwith and his wife Ann—had trouble in their marriage. Ann committed suicide because Sir Peyton had flirted with Ann’s sister at a ball. While historical accounts cannot back up that story—another story says Ann died in childbirth and not from suicide—those who have lived or worked in the building have smelled perfume or heard doors slam. Even when the house served as the offices of the neighboring church parish did those strange supernatural encounters continue.

The public gaol, or jail, held prisoners who were awaiting more minor consequences, like paying fines, or more severe ones, like being branded, whipped or hung. Among the most notorious prisoners were 15 henchmen of the pirate Blackbeard. The gaol was known for having bouts of “gaol fever,” or what might be considered typhus fever, as the living conditions were deplorable. As a result, the public gaol has been known to host angry or desperate spirits who might have suffered slow deaths, and visitors coming to gaol sometimes report a sense of overwhelming sadness hanging in the air. 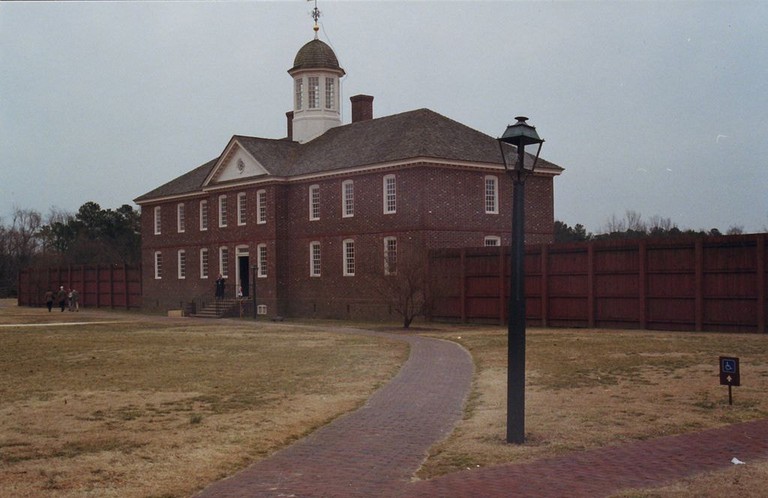 The old public hospital in Williamsburg had a prison-like environment for its patients in its earliest years. | © Marc Carlson / WikiCommons

Known as America’s first mental hospital, the Public Hospital in historic Williamsburg housed those deemed mentally unfit. However, the treatment philosophies of early America would sometimes call for virtual imprisonment for particularly violent or aggressive patients. And so, besides isolation, other practices included strong drugs and ways to shock the patient out of mental illness, such as plunge baths, electric shocks and bleeding. Later administrations applied more humane treatments to the hospital patients. But when Union soldiers took over the hospital building by force during the Battle of Williamsburg, the administrator, Dr. John Galt, was said to have been devastated. According to local folklore, after dying from a drug overdose, Galt’s spirit still roams the grounds, seeking to treat his charges humanely.

While the grounds now seem quiet and hospitable for a good night’s sleep, the Fort Magruder Hotel and Conference Center, located just outside of historic Williamsburg, is actually near the scene of a Civil War battle. As such, the hotel possesses many historical artifacts from the Civil War and the Battle of Williamsburg, including swords, musket balls, uniforms and even a Union Army belt buckle. Because of the hotel’s location near the battlefield, some visitors have said they’ve seen ghosts of past soldiers on the grounds, or even perched on guest beds.