The Most Haunted Places in Virginia Beach, Virginia 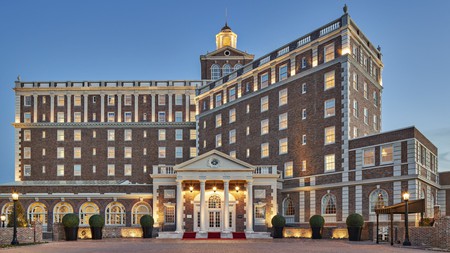 The Cavalier has a long and somewhat spooky history | Courtesy of The Cavalier Virginia Beach, Autograph Collection / Expedia

Restless souls still roam Virginia Beach, Virginia, with intriguing tales of hauntings becoming more popular than ever. Check out the most haunted places in this East Coast city.

Inhabited by Native Americans for millennia before English colonists arrived, Virginia Beach is one of the most historic regions in the USA. It was along this strip of sandy Atlantic coastline that the Jamestown colonists first arrived from England in 1607; it was the first permanent English settlement in North America, now marked by the First Landing State Park. The decades that followed were tumultuous. Disease and starvation plagued the English settlers, as did brutal conflicts between them and the native Powhatan people. Old Point Comfort, just around the Chesapeake Bay from Virginia Beach, was also where slavery began in North America, with the arrival of the White Lion ship and 20 captured people from Angola in 1619.

With such a violent backstory, it’s perhaps no surprise that Virginia Beach is reportedly haunted. Ghosts in colonial-era clothes drift around 18th-century cottages, and the victims of an 1810 shipwreck wander a local plantation at night. You can take ghost tours throughout the city or stroll around the following sites and contemplate the spooky – and sad – stories of the region. 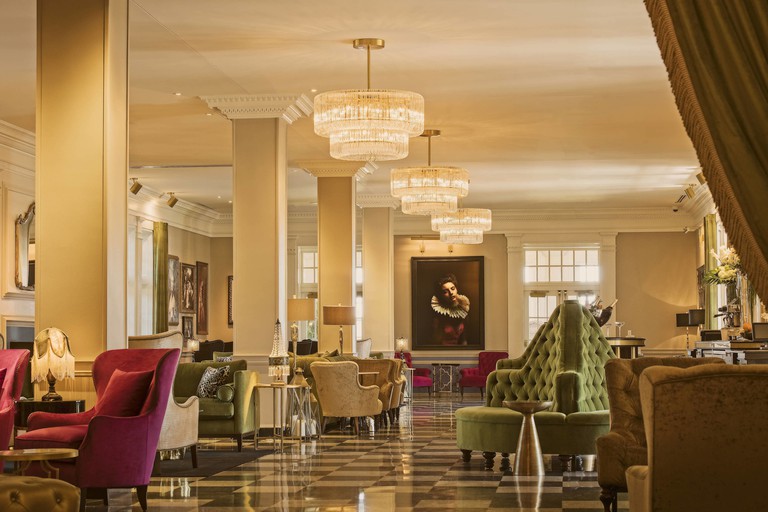 Courtesy of The Cavalier Virginia Beach, Autograph Collection / Expedia
Built in 1927, the Cavalier is one of the most famously spooky spots in Virginia Beach – and one of the most historic and glamorous hotels in the area. It underwent a multimillion-dollar refurb between 2014 and 2018, and it has attracted many high-profile guests in its lifespan of nearly a century, including Muhammad Ali, Franklin D Roosevelt, Frank Sinatra, Judy Garland and Elizabeth Taylor. But beneath the grandeur runs an undercurrent of tragedy. The founder of Coors Beer, Adolph Coors, died by suicide here in 1929, jumping from one of the sixth-floor windows. Today, there’s said to be a ghost dressed in an old bellhop uniform patrolling the sixth-floor landing, warning guests to stay away. Those who have stayed on that floor report hearing voices and the sound of something hitting the pavement below in the middle of the night. 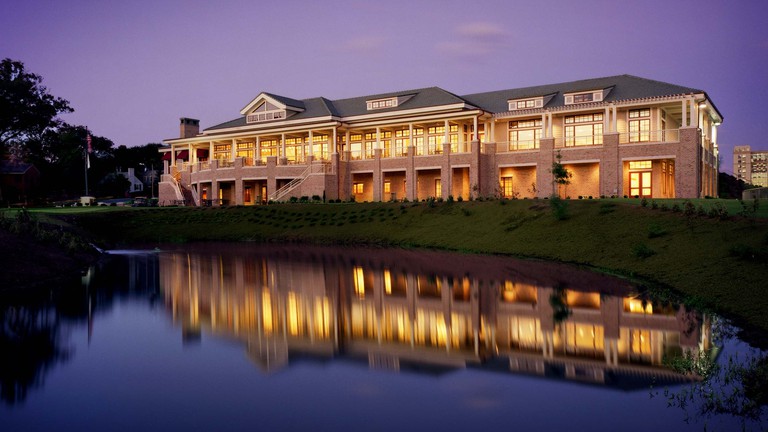 The Roaring Twenties was a time of growth and change in politics, lifestyle and culture. Country clubs began sprouting up throughout the country, including the Princess Anne Country Club in Virginia Beach. Allegedly, the spirit of a lovely bride haunts the historic country club’s halls, usually preceded by 1920s music. During a remodeling job, construction workers claimed they heard clinking glasses and silverware being set in the dining room (is anyone else picturing the 1980 film The Shining?). And there have even been sightings of a cape-wearing ghost, who supposedly loves to surprise and scare the guests.

The site on which the Ferry Plantation House sits dates back to the early 1600s. During the 1830s, it was the starting point for a ferry service that transported passengers to and from the Lynnhaven River. Since then, it has been a school, a post office and a courthouse, where early English settlers accused of devil worship and practicing witchcraft went on trial. However, today, it’s a museum. The house is now reportedly home to 11 ghosts, including the Lady in White – who died after falling down the stairs and breaking her neck – and Grace Sherwood, the only woman in Virginia convicted of witchcraft. You can take ghost tours of the building today; guests and neighbors have reported the sound of heavy chains dragging, doors loudly banging and piercing cries from a sycamore tree. 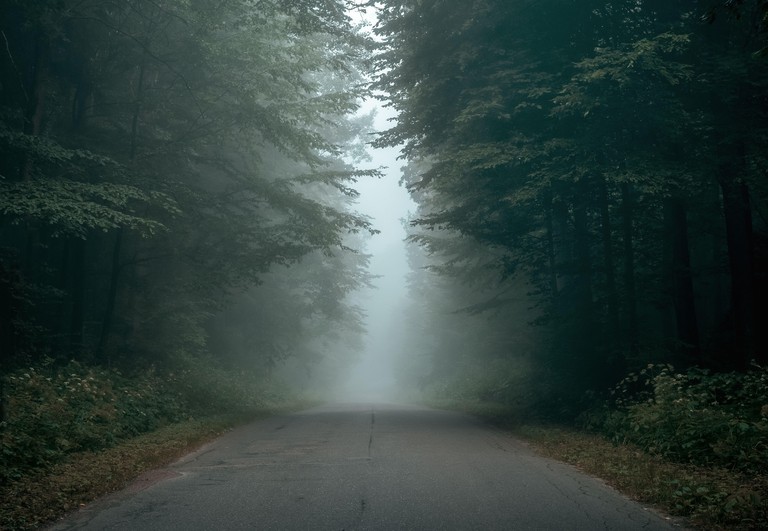 Virginia Beach residents warn motorists to never stop on Elbow Road, or you might encounter an old lady named Mrs Woble. She lived in a house on one of the road’s sharp, curvy bends and was allegedly murdered, although her body was never found. According to the author of Weird Virginia, police searched her home after she went missing and found a plate of cold, untouched dinner on her table and a horrific, bloody scene upstairs. To this day, no one is sure what happened to Mrs Woble. But on occasion, drivers report seeing a woman walking along the road, bloodied and searching for her home. And although her house isn’t there anymore, people have seen its lights turning on and off in the dead of night.

Grace Sherwood, aka the Witch of Pungo, was a midwife and farmer who practiced herbal healing methods in Virginia Beach during the late 1600s and early 1700s. As modern medicine developed, traditional medicine began to be seen as a form of witchcraft, and it wasn’t long before she was tried as a witch. To determine her guilt or innocence, the court had her ducked in the Lynnhaven River, meaning her hands were tied to her feet, and she was tossed into the water. Grace floated to the surface and survived but was incarcerated and eventually released. She died at the age of 80, and today, there’s a bronze statue honoring her in front of Sentara Bayside Hospital, close to the site of the colonial courthouse, where she went on trial. As well as haunting the Ferry Plantation House, Grace allegedly revisits the place where she was ducked each summer, in the form of a flickering light that lingers above the water.

You’re going to need somewhere to relax after enduring all the scares of Virginia Beach. Book one of the best hotels in the city now via Culture Trip. Alternatively, head further afield to the vibrant college town of Charlottesville, which is full of great, bookable places to stay. Immerse yourself in Virginia’s natural side by finding out where to see the dainty fall foliage.