As a new series focusing on the first female settlers in America hits the screen, Culture Trip takes a closer look at the inspiration behind Jamestown by catching up with the first episode and heading off to Historic Jamestowne in Virginia to see what life was like for early pioneers. 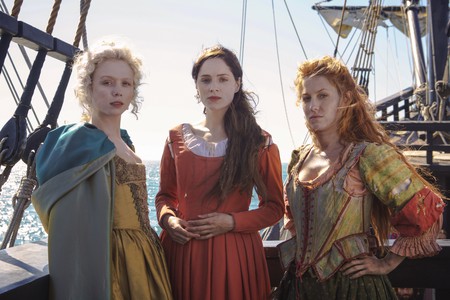 The 17th-century English settlement of Jamestown was struggling to exist in the harsh conditions of Virginia. Disease, restless natives and low morale were ravaging the men that had first established the outpost, and the move to introduce women (known as ‘the maids to make brides’) was a desperate bid by the ruling Virginia Company to establish a prosperous town.

The series, from the makers of Downton Abbey, relies on a strong backbone of authenticity. There is no sugarcoating the conditions or brutality of the era, and the locations on screen closely mirror those we saw in person on our tour of Historic Jamestowne. The most surprising thing about the series is that it was filmed thousands of miles away from its inspiration. The TV version of Jamestown was actually built from the ground up in Hungary, with a handful of scenes also shot on the high seas off the coast of Spain. 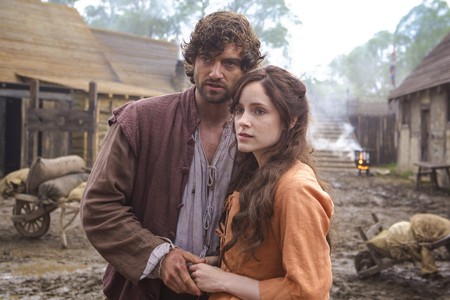 The first episode opens with a ship making the arduous journey over from England to Jamestown. On board is the new governor of the settlement, Sir George Yeardley (Jason Flemyng), who is travelling with new plans for the small number of residents, as well as passengers to make life better for the menfolk of Jamestown.

We also meet three women on the ship, all of whom will go on to play an important role in the coming episodes of the show. Sophisticated courtier Jocelyn (Naomi Battrick) has her hand in all of the scheming that will occur. Farm girl Alice (Sophie Rundle) has been promised brutish land-owner Henry (Max Beesley) but she instantly forms a connection with Henry’s younger brother Silas (Stuart Martin).

Finally we have the streetwise and sassy Verity (Niamh Walsh), who is left on the dock and later realises that her husband-to-be is the town drunk. 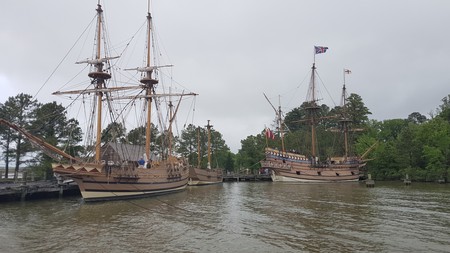 Life on the Jamestown Settlement was harsh, but then so was the journey across. Taking months, the journey across the Atlantic was often a one-way trip. We received a small sense of what conditions were like when we boarded one of the three recreation ships moored at Jamestown Settlement. Crammed in, the women would have had to share the space with livestock and ammunition (the threat of attack from Spanish and French fleets were ever-present).

‘The women were the turning point for Jamestown, the arrival of these brave pioneers helped saved the colony and turn around fortunes,’ Producer Sue de Beauvoir told us as we walked around the Jamestown site. ‘Women arrived in a town full of men who’d been there for years without female company; they were outnumbered by at least eight to one. But this gave them power, they were a prized commodity and the way that the social dynamics shifted with the breakdown of social mores makes it so much more interesting seeing it through the women’s eyes.’ 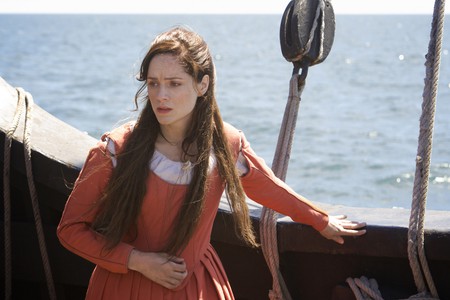 For many years, it was thought that the original site of Jamestown had been washed away into the James River. It wasn’t until a relatively recent excavation and further archaeological research that most of the original foundations were found to still be above water.

‘Jamestown, essentially, was the birth of America, a town based on commerce and tobacco that saw the start of American legislation and democracy along with the arrival of the first slaves,’ de Beauvoir adds. 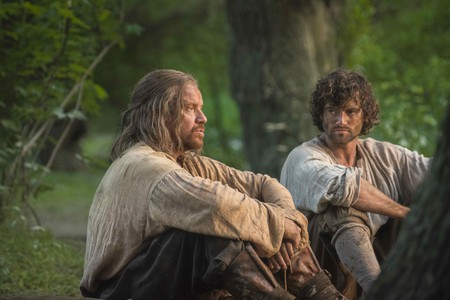 Even though the locations in the TV series were actually recreated in Europe, you can get a real sense of the authenticity on screen when comparing the show Jamestown with what you can see at the Jamestown Settlement itself.

Although the series only covers the events effecting the earliest settlers, on our visit we learnt about the rest of Jamestown’s fascinating history. Most people will know about the story of Captain John Smith and Pocahontas, both of whom lived here. The remains pictured below show the actual spot where Pocahontas (who was re-named Rebecca) married John Rolfe in 1614, during a period of peace between the native population and settlers that followed the horrific events of the Starving Time. 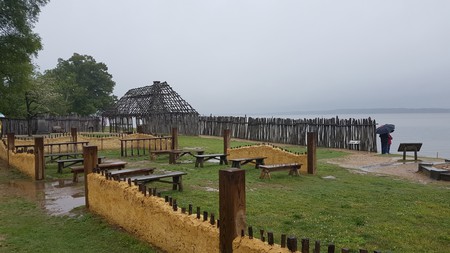 Sue de Beauvoir spoke about the fine line between creating an entertaining drama and dealing with historical realities. ‘You’ve got to have creative licence with fictional characters, but if you base it on historical fact and use that as a springboard you will believe the world. It keeps it authentic and you can deviate slightly from historical accuracy. It’s not a documentary, it’s about people and the characters are the important part – if the world around them is authentic then you get good drama.’

Jamestown starts Friday May 5, at 9pm on Sky 1 and NOW TV