12 Reasons Why You Should Visit Virginia Beach, VA 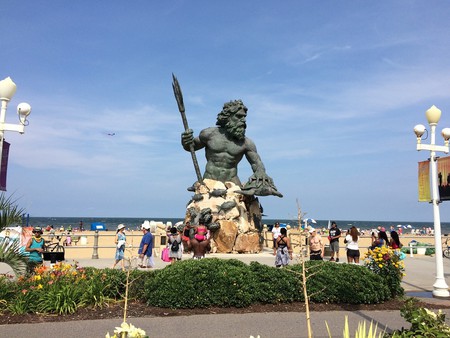 Are you trying to decide where to go on your next vacation? Why not Virginia Beach? Here are 12 reasons why you should include this East Coast gem on your travel itinerary. 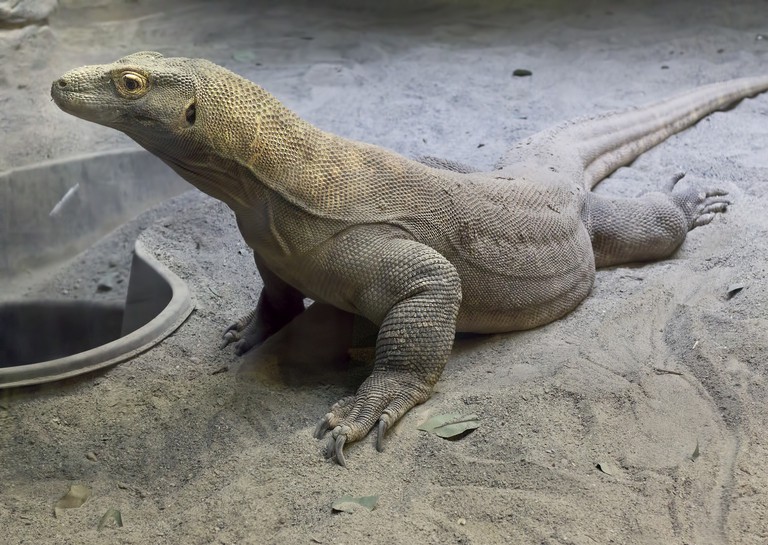 Komodo Dragon at the Virginia Aquarium & Science Center | © C Watts / Flickr
The aquarium is home to more than 800,000 gallons of freshwater and saltwater displays. Some of the exhibits are interactive and promote the aquarium’s mission to help educate the public about endangered species. There’s also a research and conservation branch of the aquarium that is responsible for the award-winning Stranding Response Program—a program that responds to sick or injured sea animals including dolphins, whales, and sea turtles from local shores.
Open In Google Maps
717 General Booth Boulevard, Dam Neck, Virginia Beach, Virginia, 23451, USA
+17573853474
Visit Website
Give us feedback

From The Boardwalk to The North End and Croatan to Sandbridge, there’s a beach for everyone. Croatan is a local’s spot and well-guarded secret, tucked away in a neighborhood, while The Boardwalk is a major tourist attraction and great for people-watching, socializing, and visiting King Neptune! Similar to Croatan, The North End is also in a residential section of Virginia Beach, while Chic’s Beach is a perfect area for kayaking, floating, and small children. Sandbridge is a 30-minute drive through country roads where you’ll find secluded beaches and beautiful rental homes.

Park, Skate Park
Facebook
Email
Twitter
Pinterest
Copy link
Share
Map View
The highest point in Virginia Beach is a man-made hill called Mount Trashmore. Just as its name suggests, the enormous hill is made out of compacted layers of solid waste and clean soil. Don’t dismiss the thought of a visit yet; the park is an example of landfill reuse. Today, it is home to two lakes (where fishing is permitted), a skate park, playground, vert ramp, walking trails, a mountain trail, and more!
https://www.instagram.com/p/BjIm_NAhdfj/
Open In Google Maps
310 Edwin Drive, Virginia Beach, Virginia, 23462, USA
Visit Website
Give us feedback

There’s plenty of art to enjoy in this resort city by the sea. If you visit during the summer, be sure to stop by the Boardwalk Art Show. This show, which is celebrating nearly 75 years, is one of the best of its kind in the country! Stop by the Virginia Museum of Contemporary Art, on Parks Avenue near the oceanfront, or explore the new ViBe District. ViBe, an acronym for Virginia Beach, is a creative hub for artists, crafters, restaurateurs, leather smiths, surf and skate culture, live music, antique shops, and much more.

Our local businesses are awesome!! Thanks @fathomcoffeevb for helping out @javasurfcafe — neighbors helping neighbors is what its all about!! … https://www.instagram.com/p/Bdm9XgVnd2L/

A post shared by ViBe Creative District (@thevibecreativedistrict) on Jan 6, 2018 at 5:41am PST

Whether you are looking for sport fishing, charter fishing, deep-sea fishing, surf fishing or pier fishing, you’ve come to the right spot. Virginia Beach lies at the crossing of the Chesapeake Bay, the Atlantic Ocean, and countless freshwater waterways, thus offering a diverse species of fish. Drop your line in the water, and you’ll catch anything from striper and trout to king mackerel, flounder, and sea bass. 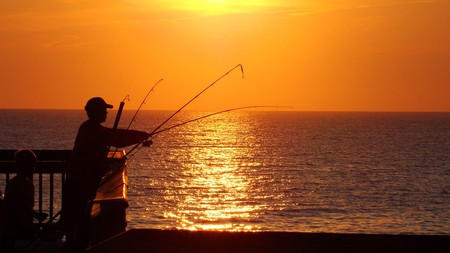 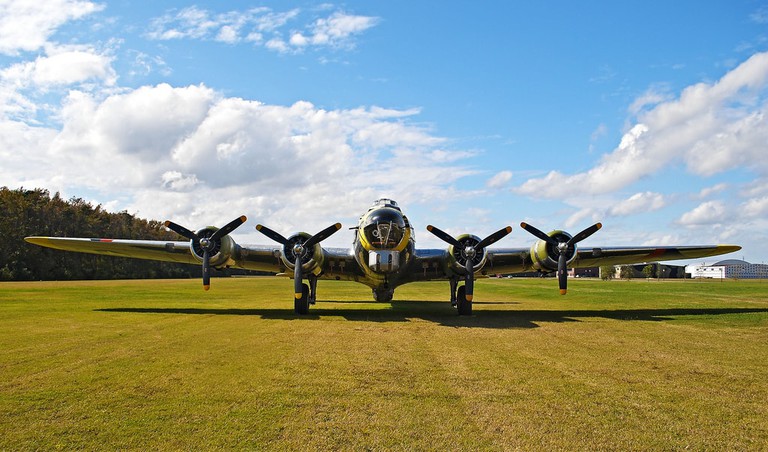 The Military Aviation Museum in Virginia Beach has numerous World War II aircraft and other wartime aircraft on display. | © Joanna Poe / Flickr
Home to one of the largest private collections of World War I- and World War II-era military aircraft in the world, the Military Aviation Museum houses stunningly restored planes. Many of the planes are still flown during demonstrations, festivals, and shows.
Open In Google Maps
1341 Princess Anne Road, Virginia Beach, Virginia, 23457, USA
Visit Website
Give us feedback

No matter if you’re a beginner or a pro, you’re sure to enjoy a morning or afternoon of surfing at the beach. If you’re new to the sport, you can sign up for lessons or surf camp and learn from some of the best in the area. During your lesson, you’ll learn all about safety practices, surfing etiquette, terminology, oceanography and much more. If you’re a pro, locals say to hit up Croatan Beach or the Virginia Beach Fishing Pier for the best waves. 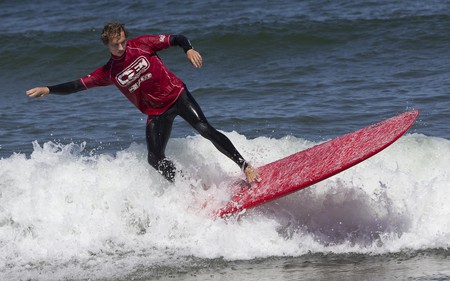 Grab a kayak, and jump into Sandbridge’s pristine, breathtaking waters. Follow your guide, and paddle over the soft waves. Also, keep your eyes open for pods of dolphins, turtles, fish and other sea life. Tours launch from south Sandbridge Beach. No experience is necessary, and all equipment is provided!

Tasting different species of oysters is easy to do in Virginia Beach. One of the most popular types, the Lynnhaven oyster, is indigenous to the region’s surrounding waters. A whole host of restaurants serve oysters in Virginia Beach, such as Chick’s Oyster Bar, Big Sam’s Raw Bar and Catch 31, to name a few.

Who could really go for some oysters right now?🤤

And speaking of oysters, there are very few places where visitors are welcome to explore an actual oyster farm. Whether you’re an oyster aficionado or simply an inquisitive learner, all are invited aboard the Pleasure House Oyster farm boat tour to cruise down the Lynnhaven River, learn about the Lynnhaven oyster and taste a few of the storied delicacies. Sign up for a “Tasting Tour” or “Waterman Tour.” Tip: You can even bring your own wine!

The brewery trend is still booming, and there is no better way to get a taste of this coastal city than to sip some local brews. From Young Veteran’s Jet Noise Double I.P.A (an ode to the U.S. Navy’s fighter-attack jets practicing flight patterns in the skies above) to Back Bay Brewing Company’s Atlantic Avenue I.P.A., you’ll love the original ales. For those looking for a hearty stout or porter, check out Commonwealth Brewing Company’s Marvolo Nitro Stout. In search of something a little lighter? Head over to Green Flash Brewing Company’s newly opened East Coast headquarters and order the Sea to Sea Zwickel lager.

Join our Canteen Command this Christmas! Or simply give the gift of camaraderie and craft beer to that special someone in your life!

Association for Research and Enlightenment (A.R.E.)

Edgar Cayce, also known as “The Sleeping Prophet” and “America’s Greatest Mystic,” was a well-known psychic who in 1925, at age 48, moved his family to Virginia Beach after a reading told him to do so. Not long after in 1931, Cayce founded the Association for Research and Enlightenment (A.R.E.) Health Center and Spa with the “purpose of helping people to transform their lives for the better through ideas and information found in his psychic readings.” Today, visitors are welcome to receive psychic readings, have their dreams interpreted, explore the meditation garden, book a treatment at the spa, attend conferences, and much more.