Where to Go Camping in Virginia 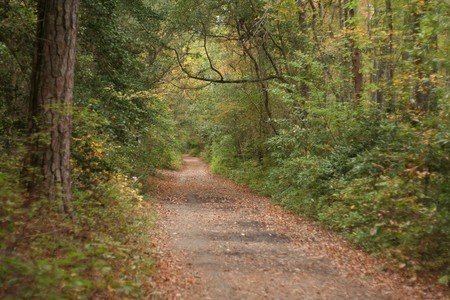 West Virginia may be known as The Mountain State, but Virginia more than holds its own when it comes to the great outdoors.

Touching both the mountains and the ocean, Virginia has endless opportunities for outdoor fun. When you’re not kayaking down the James River or snapping wildlife photos in the Shenandoah Valley, the cities of Old Dominion offer a mix of history and contemporary culture to rival anything in the southeast. Richmond’s food scene is renowned throughout the region, while the Virginia Museum of Fine Arts, American Civil War Museum and The Poe Museum are all world-class attractions. Check out the best of Virginia’s indoors and outdoors by pitching a tent at one of these campsites. 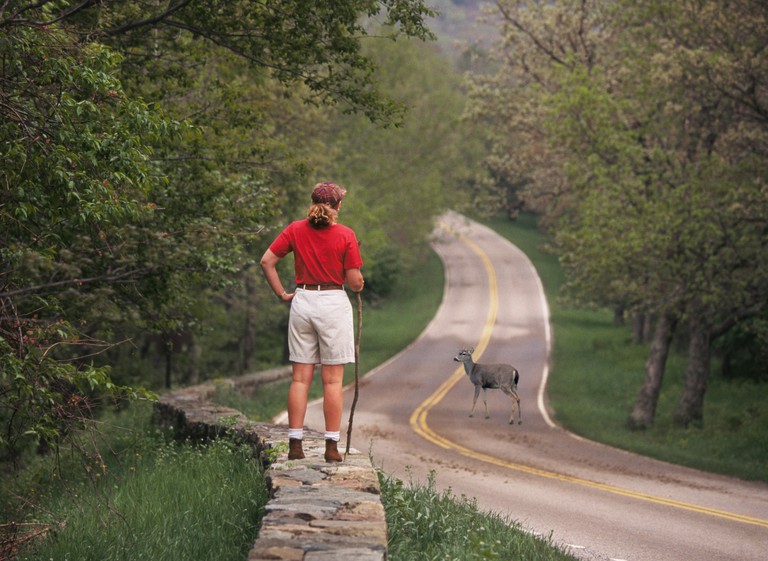 © Buddy Mays / Alamy Stock Photo
Fort Valley is deemed a valley within a valley, a scenic hideaway with roots dating back to the American Revolution. Today, the Fort Valley History Museum’s exhibits and restored historical buildings tell the story from George Washington’s days through the turn of the millennium. Tucked quietly beside the George Washington National Forest and Shenandoah National Park, camping near Fort Valley means you’re never far from a long walk in the woods.

Hills of the Angels 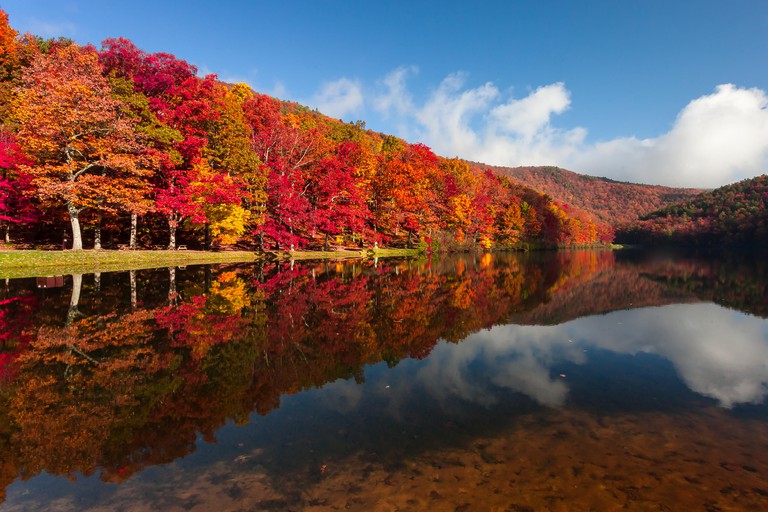 © Paul Brady / Alamy Stock Photo
Book Now
With 360-degree views of endless sky, the heavenly Hill of the Angels campsite offers more than 20 acres (8ha) of roughing it in style. This glamping experience includes tents, electrical outlets, a queen bed, additional seating, and other odds and ends that’ll put you right at ease. A hammock and ice chest are also available to rent if you really want a laid-back stay. Whenever you’re ready to slip from sandals into hiking boots, the George Washington National Forest is right next door. 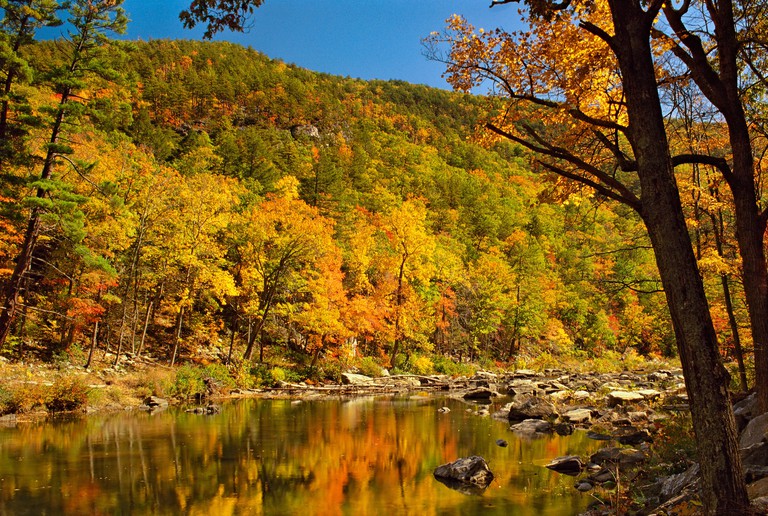 © Pat & Chuck Blackley / Alamy Stock Photo
Earn your outdoor adventure badges when you stay in Goshen, home to one of the largest scouting camps in the country. Mill Creek flows into Calfpasture River, leading down to the hiking trails at the Goshen Pass Natural Area Preserve and Wildlife Management Area. You’re not without your choice of trails, but there is a little walking route called the Appalachian Trail that perhaps you’re familiar with. Hop on any part of this iconic trail for a memorable experience. 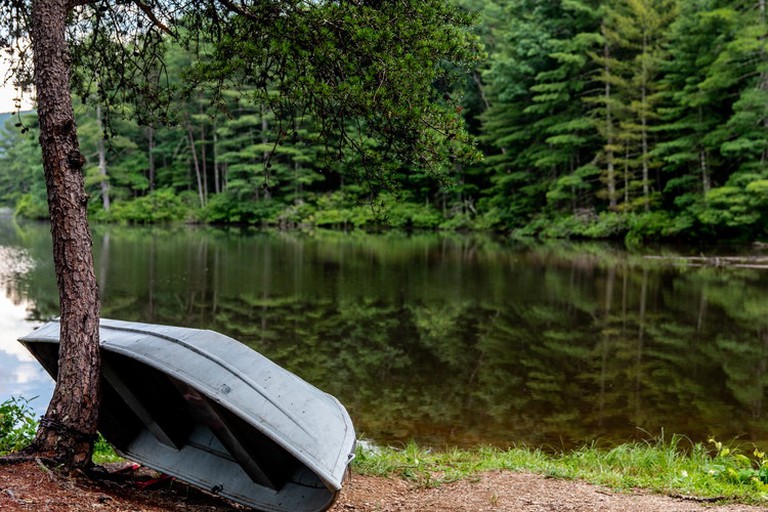 © Tentrr
Book Now
Fellow travellers have been pitching a tent at this campsite since the 1800s. Hundreds of years later, Cold Sulphur Springs continues to provide simple hospitality. You’re welcome to bring an RV, though nights spent under a tent are just as lovely. Swim, boat, fish and absorb the rumored miraculous medicinal benefits of the water – or just practice your doggie paddle. Dry off by exploring the campsite and stumbling upon the historic Spring House that’s still intact. 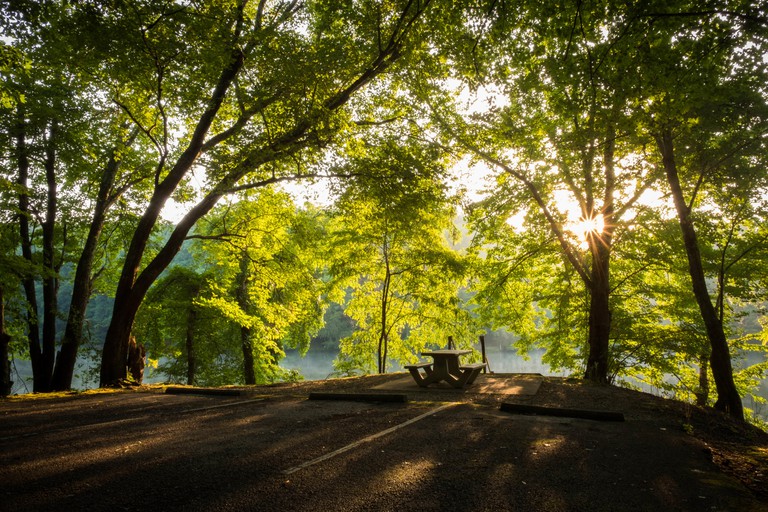 © Samuel Ray / Alamy Stock Photo
Part of the larger Cumberland State Forest, Bear Creek Lake State Park is a family-friendly space where Richmond’s residents come to play. The state park is situated on a 40-acre (16ha) lake where swimming, fishing and boating will keep you plenty busy. Any kids in tow will love the playgrounds while the big kids can take aim on the archery range. Bear Creek State Park does have trails, but if you want to really stretch your legs, the Cumberland Multi-Trail can be explored on foot, mountain bike or even on horseback. 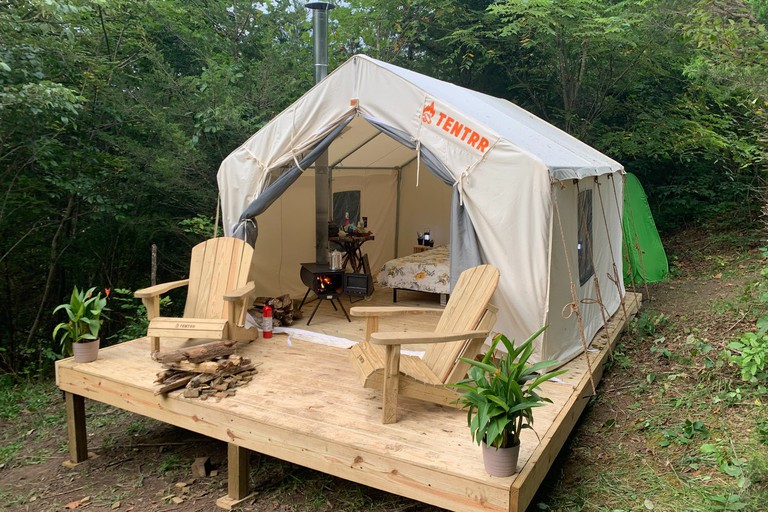 © Tentrr
Book Now
Do you count sheep to fall asleep? Then you’ll love pitching a tent on the Sweet Tree Hill Sheep Farm. As the Shetland sheep roam about their pastures, dozens of fish swim below the waters of the spring fed Shepherd’s Pond. Cook up lunch in the fully stocked camp kitchen then meander down to the pond to eat at the picnic table. You’re welcome to pass the time however you see fit, but if you need a little inspiration, a big box full of games, puzzles and playing cards will keep you busy until it’s time to start counting those sheep. 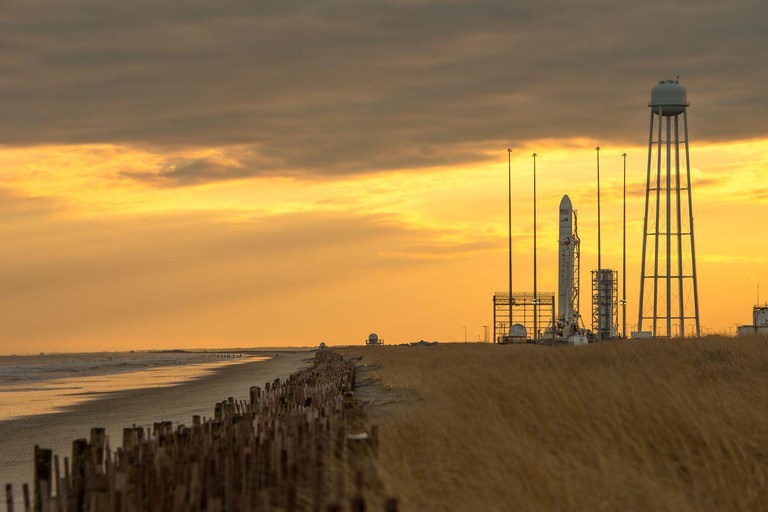 2CF7A0W An Orbital Sciences Corporation Antares rocket is seen on launch Pad-0A at NASA's Wallops Flight Facility, Monday, January 6, 2014 in advance of a planned Wednesday, Jan. 8th, 1:32 p.m. EST launch, Wallops Island, VA. The Antares will launch a Cygnus spacecraft on a cargo resupply mission to the International Space Station. The Orbital-1 mission is Orbital Sciences' first contracted cargo delivery flight to the space station for NASA. Among the cargo aboard Cygnus set to launch to the space station are science experiments, crew provisions, spare parts and other hardware. More info: http://1. | © freestocksorg / Alamy Stock Photo
Is it a shooting star or a rocket blasting off into the night? At Wallops Island, you may see both. This NASA site lights up the sky of the island on occasion. When the night sky isn’t welcoming a rocket, you’ll find that the stars and moonlight shine just as bright on Wallops Beach and the Wallops Island National Wildlife Refuge. Across Tom’s Cove, you’ll find more sandy shoreline as well as more hiking trails on Chincoteague and Assateague Islands. 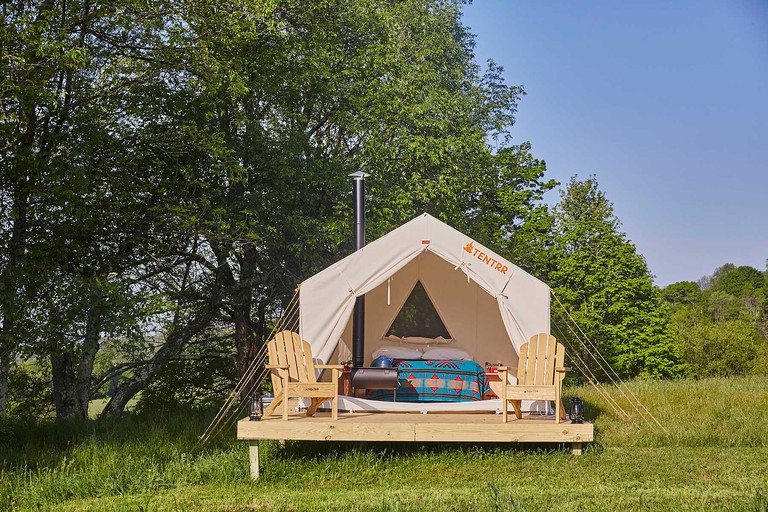 © Tentrr
Book Now
Privacy is provided in the secluded meadows and fields of the Creek Side campsite, but don’t be surprised if you hear the neighbors at night. This campsite is on Pony Pines Farm, an animal sanctuary that includes a working horse farm. Donkeys, horses, dogs and goats may send their regards as you’re cooking up dinner on the campfire grill. You can get a proper introduction to your four-legged hosts with a petting tour or horseback riding lesson on the beach. 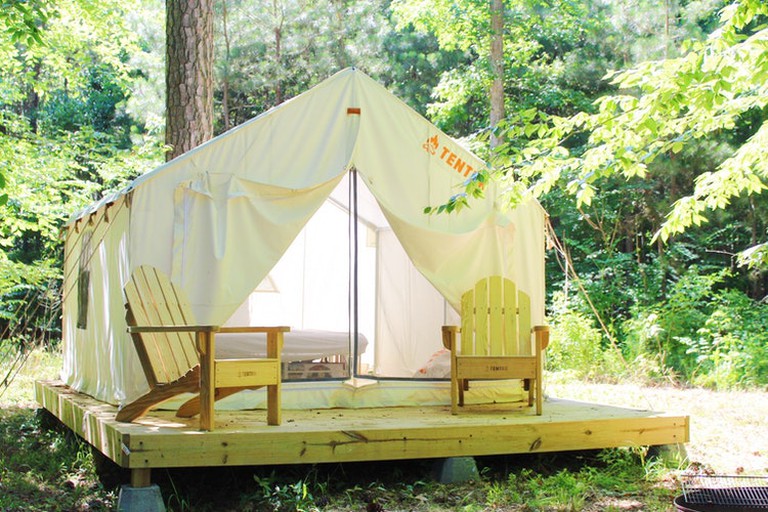 © Tentrr
Book Now
Riding into Assawoman with your horses? Treat them to a camping trip at Pony Pines Farm. This horse farm and animal sanctuary is home to donkeys, goats, dogs and horses, though your campsite is afforded a generous amount of privacy. A canvas tent with a queen bed and two Adirondack chairs sits on a raised platform, giving you a comfortable place to watch your breakfast cook on the grill. When the ponies are getting a little antsy, take them over to Wallops Island for a gentle ride on the beach. 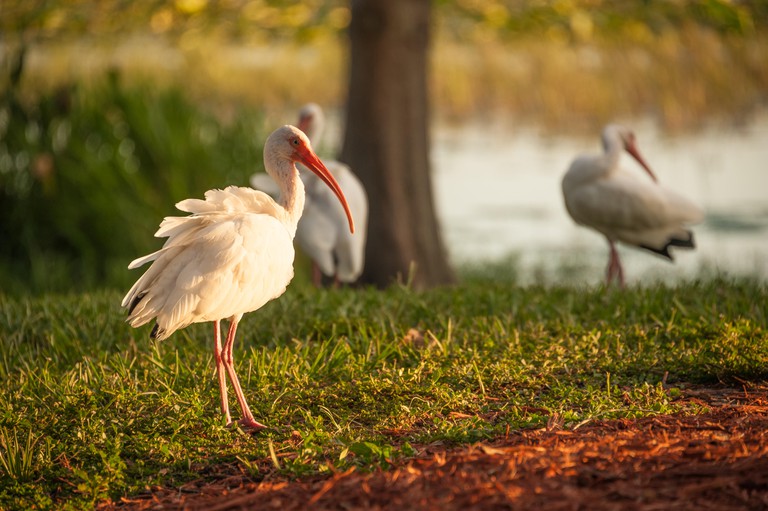 © Allen Creative / Steve Allen / Alamy Stock Photo
Just outside of Washington D.C., the town of Leesburg once acted as the seat of the U.S. Government. Its importance in the War of 1812 and Civil War comes to life at the Ball’s Bluff Battlefield and Loudon Museum. For a more niche audience, Leesburg will put you on the trail of the only foxhunting museum in the world: The Museum of Hounds and Hunting. Mix history with hiking with a walk through the Ball’s Bluff Regional Park, Coton Bridge Trailhead and Rust Nature Sanctuary. 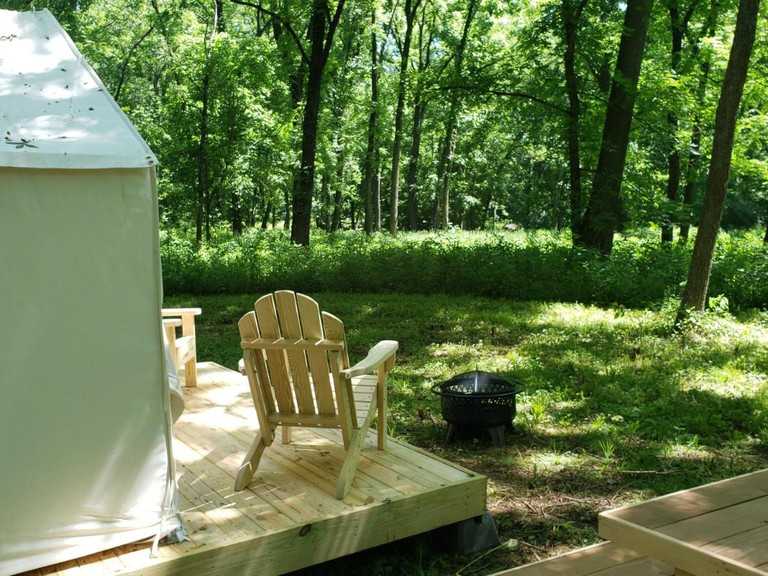 © Tentrr
Book Now
Wake up every morning staring across the meadow at the sun reflecting off of the Potomac River. A tent, toilet, shower and campfire grill will help you make yourself at home at Nut Orchard Retreat. Spending time on the communal deck by the river spotting wild turkeys and hawks is a fine way to spend the day, though you’re welcome to fill your schedule with seven miles of mountain biking trails. If you want to take a little piece of this retreat back home with you, your hosts will gladly send you packing with a jam jar of fresh cut flowers. 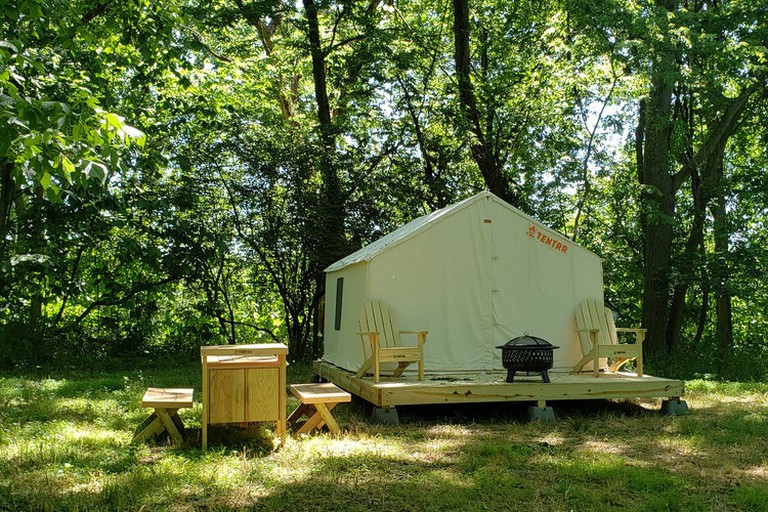 © Tentrr
Book Now
With bald eagles waving to you from across the water, you may just extend your stay at this Potomac River View campsite. As you sit beside the limestone rocks along the riverside, the only thing that’ll draw you back to the campsite is the smell of breakfast. Ask your hosts for a dozen farm fresh eggs from their hens and fuel up for a day of hiking around the river. If you want to walk or bike a little farther, take the White’s Ferry over to the C&O Trail. 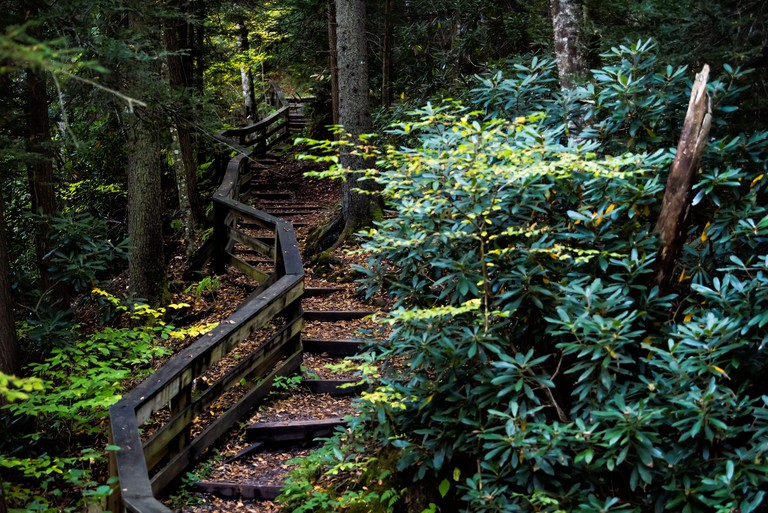 © Kristina Blokhin / Alamy Stock Photo
The small area of Spring Hill sits just across the Middle River from Staunton. Though Springhill Road connects the two, Spring Hill is immensely quieter and far less crowded, leaving campers plenty of opportunity to enjoy the absence of light and noise pollution. Look east and you’ll glimpse Shenandoah National Park; peer west and you’ll spot Monongahela National Forest. Anytime you need a reprieve from the silence and serenity, you can still get your fill of the outdoors with a visit to the open-air Frontier Culture Museum in Staunton. 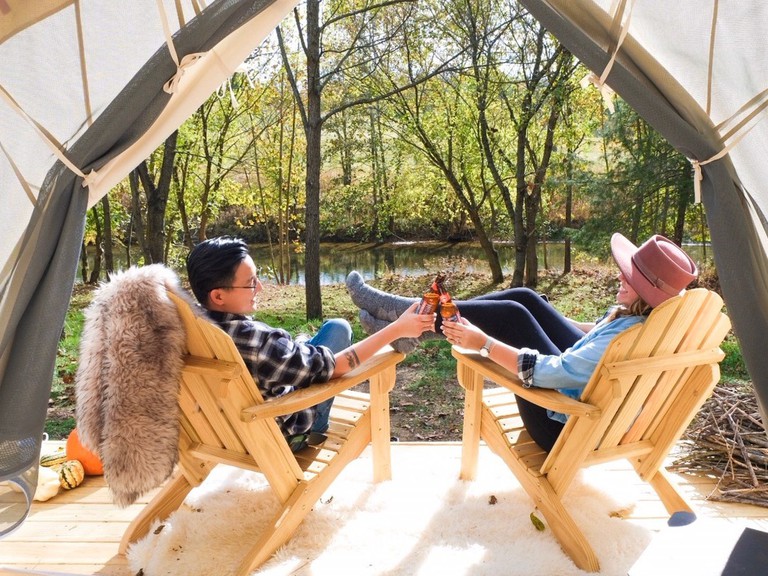 © Tentrr
Book Now
The Honeysuckle Hideaway is a sweet spot right on the Middle River. The campsite is secluded, despite being on a working farm only a few minutes from the breweries and wineries of Staunton. A camp stove, firewood, queen bed, lanterns and sun shower are just a few of the on-site amenities ready to greet you. Whether you choose to spend your nights sipping wine in Staunton or on the riverside, we’re pretty sure you’ll be spending your days wandering around the Shenandoah Valley’s wondrous woods. 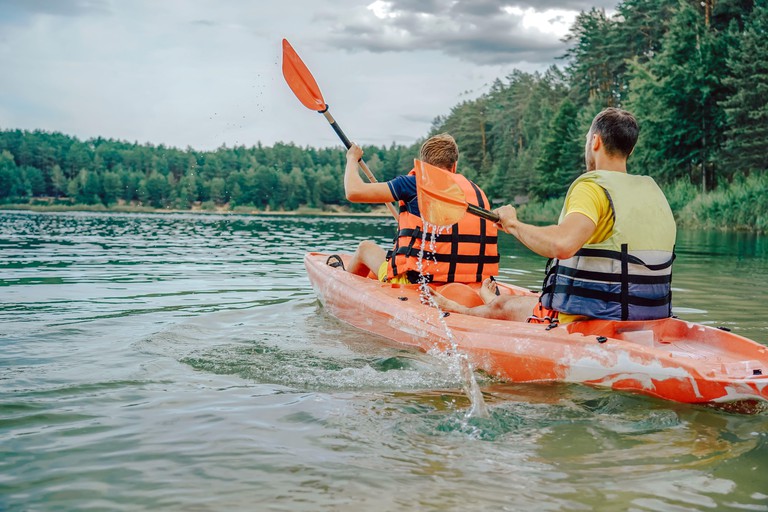 © Serhii Prystupa / Alamy Stock Photo
Book Now
Naturally, a quiet spot on the Middle River is the perfect place to skip rocks. The Skipping Rock campsite is also prime for fishing, kayaking or simply watching the water roll by from the comfort of your secluded canvas tent. There’s a second campsite, the Honeysuckle Hideaway, which can easily accommodate your friends or extended family without being right on top of one another. Don’t be surprised if you hear a moo when heading to the loo; this campsite is on a working farm. Take your bike along the quiet farm roads and lose count of too many breathtaking views of the Shenandoah Valley. 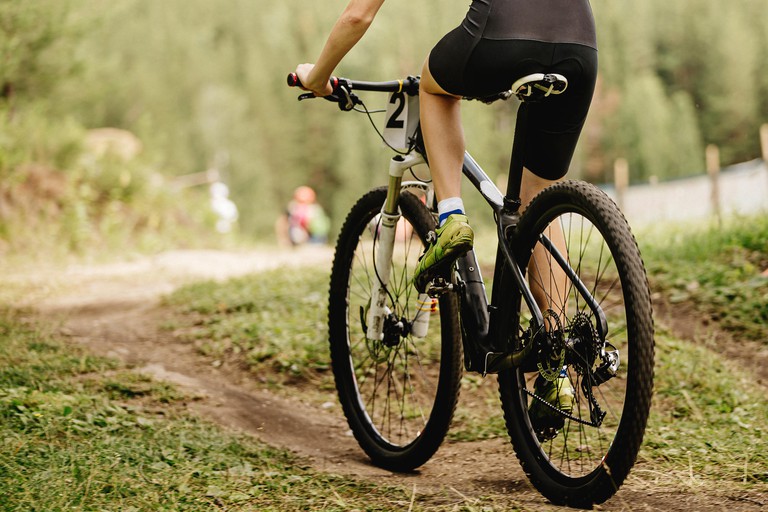 Sunset on the Pond 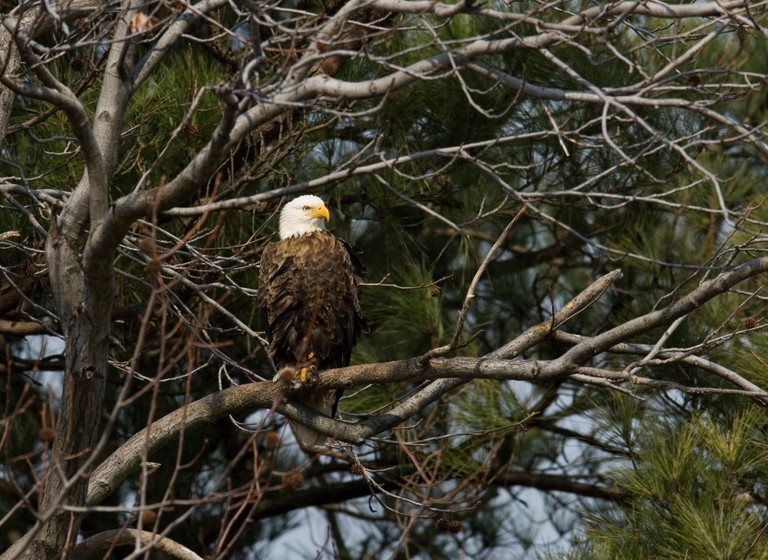 © William Graham / Alamy Stock Photo
Book Now
Settle in for a front row seat for nature viewing at Sunset on the Pond campsite. Bald eagles, hawks, ducks, geese and plenty of other birds will fly by above the otters and beavers that call the pond home. Before settling into your campsite, which includes everything from a canvas tent and queen bed to a camp loo and campfire grill too, politely explore this working farm and sign up for a tour whilst you’re at it.
Give us feedback