Smog by Tony Smith | © Nancie (Shelburne Museum) / Flickr
The adage that Vermont has as many art galleries as towns might be an exaggeration, but it serves as a useful launching point to capture the outsized role the fine arts have in the Green Mountain State. And while folk art still dominates the discussion, the state’s art galleries are no slouches when it comes to classic masters and modern outpourings. If you’re in Vermont and in the mood to see some art, here are our favorite galleries.

Museum, Train Station
One of Vermont’s busiest towns has some of its finest art offerings. Housed in the smallish confines of a former train station, the BMAC, as it’s known, has works by international and local artists and gallery exhibits that range from animal totems to the calligraphy and geometric patterns of Islamic art and architecture. A strikingly curated sampling of modern artists using materials as diverse as extension cords (wrapped into a scarf) is on display.
More Info
Open In Google Maps
10 Vernon Street, Brattleboro, Vermont, 5301, USA
+18022570124
Visit website

Museum
Smog by Tony Smith | © Nancie (Shelburne Museum) / Flickr
The college’s permanent collection includes thousands of objects, including superb collections of Asian art, photography, 19th-century European and American paintings, sculptures, and contemporary works. Highlights include etchings by Rembrandt and artworks by his pupils, prints by Goya, a lithograph of Manet’s The Execution of Emperor Maximilian, and works by Jasper Johns and Andy Warhol. Outdoor sculptures spring up around campus (including one of Robert Indiana’s LOVE pieces), and a free audio guide available via a download is a perfect way to explore.
More Info
Open In Google Maps
72 Porter Field Road, Middlebury, Vermont, 5753, USA
+18024435007
Visit website

Norman Rockwell painted more than 200 Arlington residents during the 14 years that he lived there, works prominently on display at—of all places—a maple syrup maker (also known as a sugar shack). Rockwell was known for his great technical skill and depiction—often with a gentle prodding humor—of a rosy vision of middle-class America. Some of his most famous works are on display here, including The Four Freedoms, which were painted in Arlington during WWII using Rockwell’s neighbors as models and were used to raise war bonds. 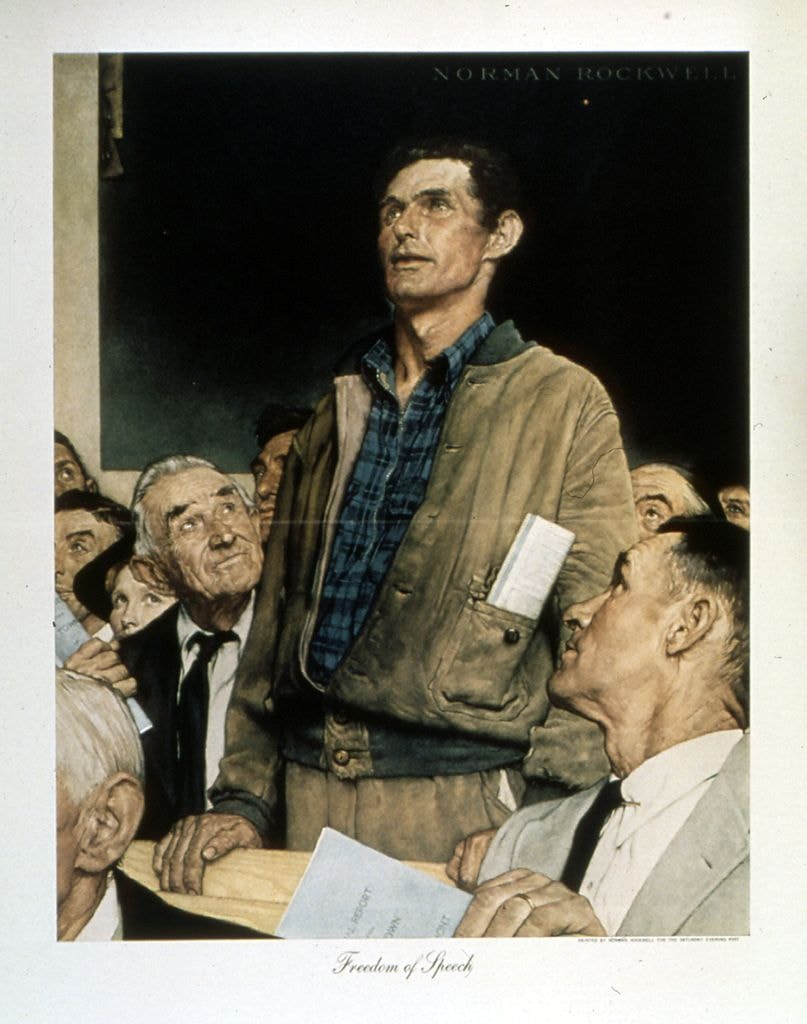 Building, Library, School
The Domes of Yosemite by Albert Bierstadt | Courtesy of St. Johnsbury Athenaeum
Housing a distinctive collection of American and European paintings and statues (from Fra Angelico and Veronese to George Loring Brown) in a stunning late 19th-century building, St. Johnsbury Athenaeum is a unique, can’t-miss stop on any art tour of Vermont. Highlights include the massive The Domes of Yosemite by Albert Bierstadt, as well as numerous works by other Hudson River School pupils. The library also features books from the 18th to the 21st centuries and serves as a fascinating counterpoint to the art.
More Info
Open In Google Maps
1171 Main Street, St. Johnsbury, Saint Johnsbury, Vermont, 5819, USA
+18027488291
Visit website