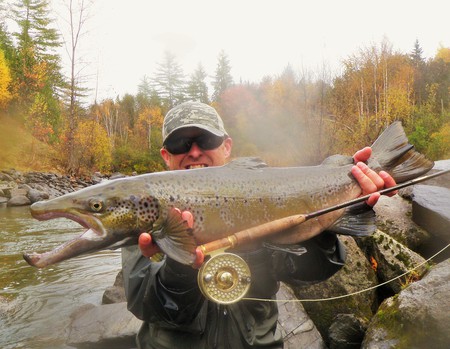 Drew Price was nearly there. Each pull lifted the fish closer to the surface of the ice. Price was tired. For months now he had been trying to catch a trophy-size whitefish, a denizen lurking in Lake Champlain’s deepest waters, black with winter cold. But the largest specimens of the fish – the ones he needed to bag to become Vermont’s first master angler – had eluded him.

Drew Price had done his research on the whitefish’s food – its habits. He’d traveled the state for the best spots; shared gossip of whitefish sightings; consulted biologists; made a private, personal Google map plotting scores of known and rumored whitefish sightings. He’d driven out of state to ask anglers in other parts of New England the same question: “What do you know about whitefish?” Four inches (101.6 millimeters) below the ice, he could make out the fish’s large, black pupils. After 200 feet (60.9 meters), the fight was leaving it. Just below the surface, the trophy-size fish ascended when the hook lodged in its mouth popped out.

Man and fish gaped. Price grabbed a lure attached to a line, dipped his hand into the ice hole, and jiggled it. Feebly: no bite. Eventually, the whitefish swam away. 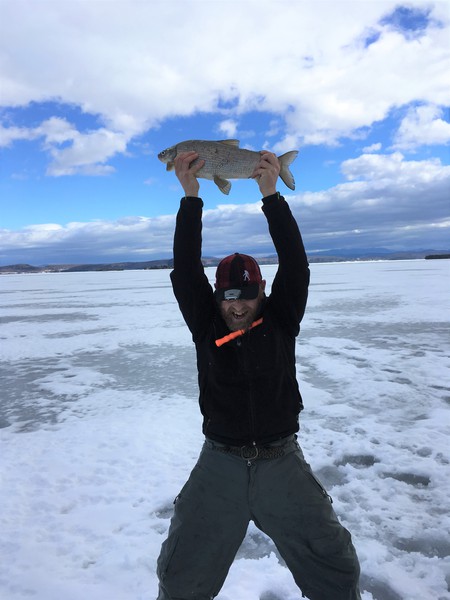 Price was in mid-pursuit of Vermont’s Master Angler program, created in 2010. It honors anglers who hook 33 separate, trophy-size species of Vermont fish. Price, who’s 48, completed that quest earlier in 2018 after an eight-year saga by landing a 30-inch (762-millimeter) pike-pickerel hybrid on a boat in Lake Champlain.

Not once in that span did he eat a catch; Price, Vermont’s first-ever master angler, is deathly allergic to fish. “It’s the great irony of my life,” Price said. “I’m also a Pisces. That’s the cosmic irony of my life.”

He spent three years and an estimated 200 hours alone on the whitefish. At one point, he recalls his girlfriend staging an intervention and telling him he needed to get off the ice (he spends almost every day on the water).

“I’d kinda gone off the deep end, and she looked at me and said ‘you need to stop fishing for this thing for a while,’” Price said. “She was right. I needed to come off [the] ice and relax and calm down. But there was never a question about getting this done.” 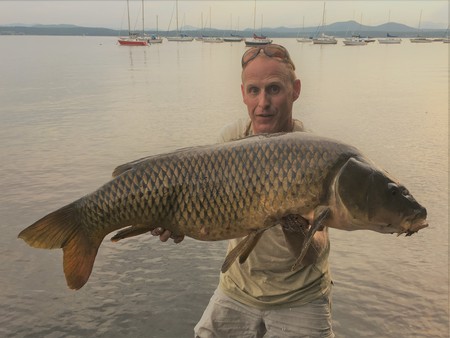 Price says he’s a ‘Type A’ personality, and when asked why he needed the challenge, he cited George Leigh Mallory, who died unsuccessfully trying to summit Mt. Everest in the 1920s and who upon being asked why he wanted to climb the mountain, said, “Because it was there.”

“I wanted a legacy for myself, and I saw this an opportunity,” Price said. “I’ve got a state record fish and a couple of clients with a world record. Records can be broken.”

Price got off to a flying start, capturing 12 species in 2010 and 24 by 2012. But his commitment to catching fish with a fly rod slowed him down. His pace stuttered, and by 2014, he figured he’d had to adapt and taught himself how to use a spinning rod and reel, as well as ice fishing.

The new equipment took time to learn. Mastering it took even longer to dial the techniques in. But adapting had its payoff: trophy-size eel. Shad. 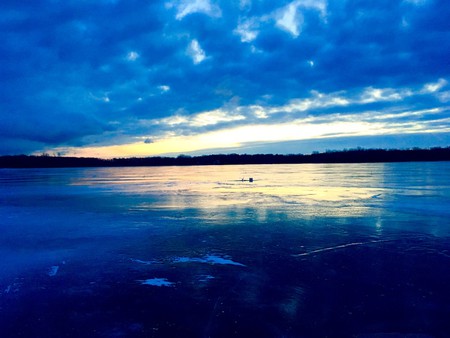 Price, who mostly catches and releases fish after snapping a photo and measuring the fish for submission, keeps a few for his girlfriend, who cooks them for herself.

One of the best parts of the feat was crisscrossing the state in search of the biggest fish, which took him to every corner of Vermont. The program shows off Vermont’s incredible range of freshwater fish – from bowfin to sturgeon – Price says.

“We have everything from species that come in from the Arctic Circle to lake trout to gar, which are found down in Florida.”

But the pike-pickerel hybrid, a rare fish, always seemed to be out of reach. Price went to forums for information, hints – any tidbit that could tip chance to his favor. For three years he targeted the fish – until July 2018 when Price caught his white whale.

Price broke down and cried at the end. He’d heaped loads of pressure on himself to see the quest through. But he says he’d do it all over again.

“My biggest competition was with myself. The hybrid was the final piece of the puzzle after the whitefish. I knew I was going to get it; it was just a question of when. I have to say I’m happy I got it this year and didn’t spend another two years chasing it.”