The Best Places to Run in Burlington, Vermont 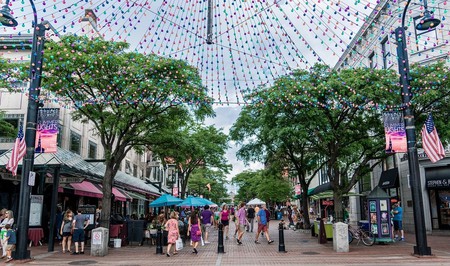 There’s an abundance of fresh air in the Green Mountain State, which is perhaps why so many people choose to make Vermont their destination for outdoor-orientated trips. Runners are no less welcome. With ample running paths, mild weather in the summer, and stunning views of Lake Champlain, Burlington can meet the demands of even the pickiest of athletes. Chomping at the bit? Here are a few of our favorite paths to run.

Hugging Lake Champlain, this former railroad has been ripped up and is now the gift that keeps giving. In summer, bikers and runners head out to the 13-mile shoreline trail, which has views of the lake and New York’s towering Adirondack Mountains. The trail dashes into the lake and over it along a marble causeway, all the way to a gap in the trail serviced by a seasonal bike ferry that shepherds long-distance runners to South Hero. Start at Oakledge Park, and just follow the signs for the trail—it’s easy to follow; it hugs the shore. 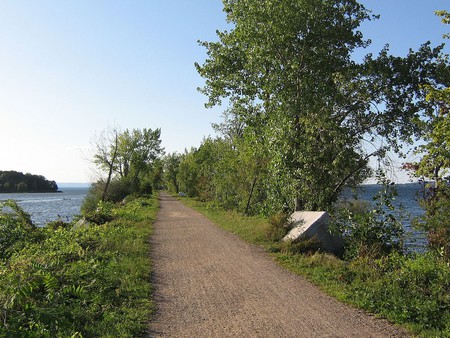 Just a short drive from downtown, the marathon route in South Hero follows Lake Champlain’s shoreline up towards Grand Isle past rolling hills, orchards, and farms. The route is a full marathon, though it can be shortened—an enticing option given the restaurants and wineries along the path. Start on South Street, then take a right onto Whipple Road, which runs parallel to the island’s western shore. The best way to get home is to double back (it’s 13.1 miles one-way). 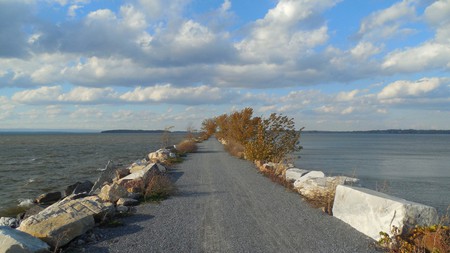 This network of urban trails gives long-distance runners something not often found in a city: ample running room. Tallying a total of 21 miles, the route can be contoured to your physical limits. And speaking of hills and elevation, the Overlook Park on Spear Street opens up onto stunning views of Lake Champlain. Park at the Burlington High School, and head south along Dorset Street, and then right along Nowland Farm Drive.

The University of Vermont’s grounds are some of the prettiest in the nation, and thanks to this locals’ route you can take in some of the top sights without having to buck up the change for tuition. Start at the football field (Virtue Field) and race past the track, country club, and research facility. At the wooded portion, take the bike path back towards the university, where you’ll see its dairy farm, an intregal portion for modern research into the age-old practice of husbandry. 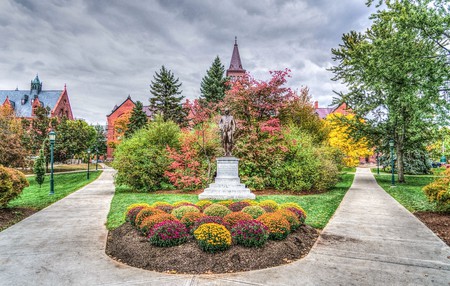 Marathoners in Burlington cringe at the thought: halfway through the Vermont City Marathon, a steep, one-mile climb up Battery Street. Surging with accomplishment, this route then circles around to Church Street, a pedestrian-only zone where the city’s best shopping takes place. The 3.1-mile running route then ends at Oakledge Park, where the beach is an enticing place for a dip to cool off. 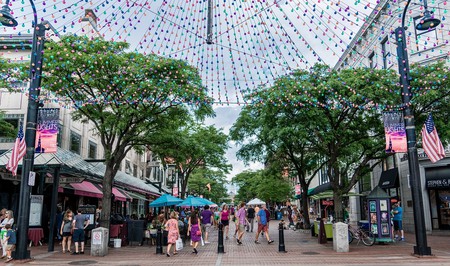 Just on the outskirts of South Burlington, this family-friendly recreation center has outdoor running trails catering to varying fitness levels. The blue trail is a mostly-flat loop of grassy fields and hushed woodland. Loops vary from a typical three-mile to nine-mile extensions.

No trip to Vermont would be complete without a stop at this 1,400-acre working farm, a National Historic Landmark situated along Lake Champlain. Just seven miles from downtown, from its stunning brick mansion to the surrounding miles of trails, it’s easy to make a full day of activities at Shelburne. There’s natural 4.5 mile running loops, but visitors can add paths if they want to get creative. 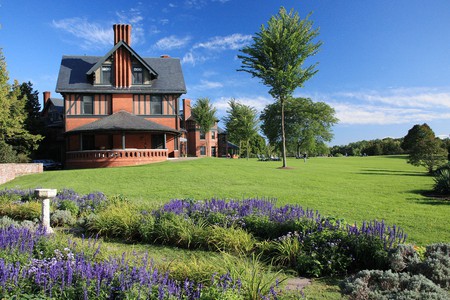