The Best Movies You Didn’t Know Were Shot in Vermont 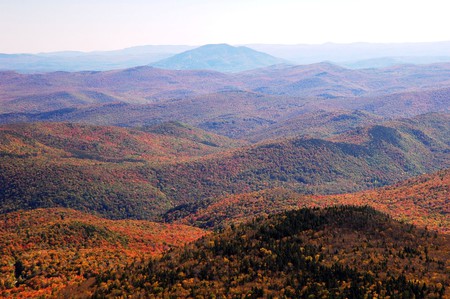 Sure, anytime you catch a glimpse of Ben & Jerry’s in a movie that’s a good indication it’s shot in Vermont. But would you recognize Lake Champlain? Stowe? The Rock of Ages in Barre? The following movies feature Vermont’s best scenery, from names you’ll recognize to films you didn’t know were filmed in the Green Mountain State.

Diane Keaton gets an unexpected inheritance in this hit 1987 romantic comedy: a baby. With it comes a change in this yuppy’s life, as she moves from the city to rural Vermont and begins selling applesauce sourced from local apples (how fitting). The film grossed $26 million and launched a subsequent TV show, convincingly depicting the life of modern, progressive, business-minded women of the ’80s.

You know what to do (or not): Beetlejuice. Beetlejuice. Beetlejuice! But did you know the cult classic, while taking place in Connecticut, was actually shot in East Corinth, Vermont? Michael Keaton stars alongside Winona Ryder, Alec Baldwin and Geena Davis (who all didn’t know what to make of the script, unsurprisingly, and needed some convincing). Directed by Tim Burton, this comedy-fantasy blend grossed $74 million, winning an Academy Award for best makeup.

You may not know the title, but you know the name: Robert Frost. Drawing inspiration from the iconic poet, this movie about a modern poet was filmed at the Frost Place, the former home (now a museum) of America’s most memorable poet.

This 1988 comedy staring Chevy Chase was shot in southeastern Vermont near Townshend, and features a plot many world-weary will recognize not as fiction: a sports writer from New York City retreats to rural life to write a novel. But Vermont—especially the residents—prove to have their own quirks in store, as personalities clash. It made $25 million at the box office.

This comedy starring Jim Carey was shot in Middlebury, Burlington and Waterbury (where Ben & Jerry’s is featured). The movie, a black comedy about a cop running out of the medication to treat his multiple personality disorder, earned rave reviews, and garnered nearly $150 million worldwide.

Best known to legions of middle school students as their enthusiastic English teacher assigned that they didn’t understand (Edith Wharton is best appreciated with age), Ethan Frome showcases a little-visited corner of Vermont: the Northeast Kingdom. Snowstorms, small-town life, and an unhappy love affair have made this story a classic. Starring a young Liam Neeson and Patricia Arquette, it was shot in Peacham in the dead of winter in 1993.

Shot throughout New England, The Cider House Rules went on to critical acclaim and was nominated for the Academy Award for Best Picture. Its Vermont scenes include the Scott Farm Apple Orchard in Brattleboro, and the train station in Bellows Falls. Shot in 1999, the film about the travels and travails of an orphan starred Tobey McGuire, Charlize Theron, and Michael Caine, and won two Academy Awards.

Most might think a movie about space travel would take place in a studio, but there’s a notable (if quick) scene in this blockbuster (it grossed $385.7 million worldwide) shot in Vermont. In the beginning of the movie when a young Kirk steals a car and gets into a chase with the police, the cliffs he dumps the vehicle off are actually in Barre, Vermont, at the Rock of Ages Quarry, a massive granite mine.