Ben & Jerry’s Wants You To Snack On Straight Cookie Dough 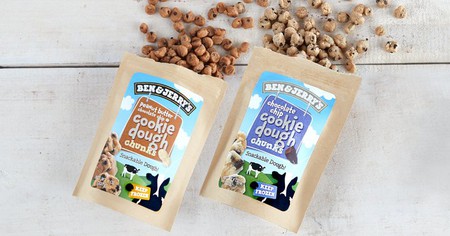 Ice cream giant Ben & Jerry’s has introduced a new product: snackable cookie dough. It’s the news dessert lovers everywhere have been waiting to hear – but the dough chunks are only sold in two Vermont locations.

“Fans have been asking for ‘just the chunks’ for a while now,” Innovation Manager Jody Eley says in a statement.

Ben & Jerry’s began blending cookie dough into ice cream in 1984, creating what came to be known as Chocolate Chip Cookie Dough. Since then, the brand has incorporated the unbaked chunks into numerous products, including Half Baked and The Tonight Dough. The new cookie dough rounds are identical to those found in such fan favorites. 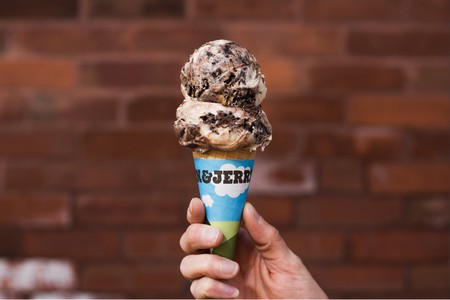 The chunks of cookie dough are sold in 8oz (227g) bags, boasting eight servings. They’re totally safe to eat raw: the mix is packed with pasteurized eggs and heat-treated flour. Currently, there are only two flavors: chocolate chip and peanut butter chocolate chip.

But there’s one complication: the chunks are only sold in Vermont, at Ben & Jerry’s Burlington Scoop Shop and Waterbury factory.

“If it does well, it may be available online and in other distribution channels later this year,” Eley says.

Fans across the country are going more bananas than Chunky Monkey over the stuff, seeking ways to get a sample of the product. If all goes well, Ben & Jerry’s will begin peddling these revered cookie dough bags well outside their home state.