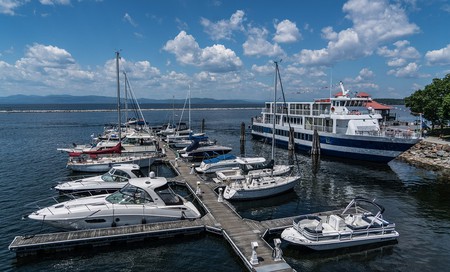 So you’re headed to Vermont for a few days and want to make the most of the Green Mountain State—and that includes a date with your significant other. Fret not. Burlington, Vermont, is a champion of the eclectic—look for the “Keep Burlington Weird” stickers—and has plenty to do. Here are just a few of Culture Trip’s favorite date ideas.

Nothing says trust-building like putting your life in the hands of another person, so why not try your hand at rock climbing? The Petra Cliffs Climbing Center & Mountaineering School in Burlington caters to newbies sticking close to the ground and veteran cliff climbers ready to ascend the many courses offered. A day pass is $18, perfect for a memorable first date.

We ran a lead climbing falling clinic for @smcvtwp yesterday, and it was a "no sending allowed!" kind of day. Sometimes falling- and knowing how, when and where- is a part of pushing your climbing ability to the next level. #petracliffs #whippertherapy #leadclimbing #strongmind #overcomingfear 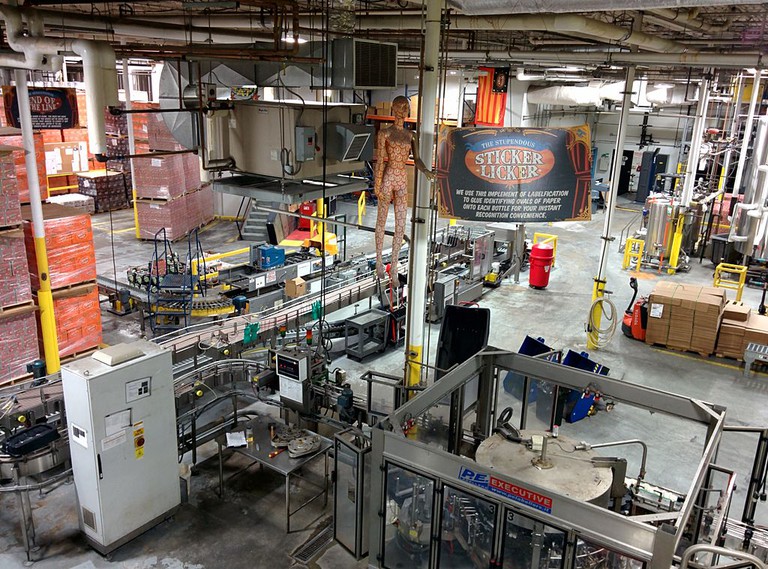 Magic Hat Brewery | © MusikAnimal / WikiCommons
The Green Mountain State is known for having some of the best beer anywhere, thanks to its spirit for independent craftsmen, farmers, and artisans. Tap into that culture at Magic Hat Brewing Company, a venerable and iconic brewery known for its eclectic brews. The tour of the brewery is free, and there are guided and self-guided versions, depending on your preference. Afterward, saddle up to the bar, where there are 15 beers on draft and a full food menu.
Open In Google Maps
5 Bartlett Bay Road, South Burlington, Vermont, 5403, USA
+18029231421
Visit Website
Give us feedback

Vermont is known for being off-beat, so what better way for you and your date to soak in the eclectic than at an indie rock show? Higher Ground attracts big-name, national acts, emerging stars, debutantes, and DJs—usually all for a decent bargain. With three bars, at least something will go well even if the date ends on a low note.

A night for the books. Wouldn't you say, @musicofmadaila ? 📸: @lukeawtryphotography

Lake Champlain stretches its arms to Canada before plunging down for hours into New York, forming the boundary line with Vermont. Exploring it in Burlington is easy, thanks to numerous private sailing companies whose services translate into a memorable date for your and yours. Let’s Go Sailing Vermont lets you take the wheel or sit back and relax with a picnic for two hours, at $50 per person. Whistling Man Schooner similarly offers the chance to experience the wind in your face aboard a historic schooner (rates for sunset cruises are $55 for two hours—booze is fine). 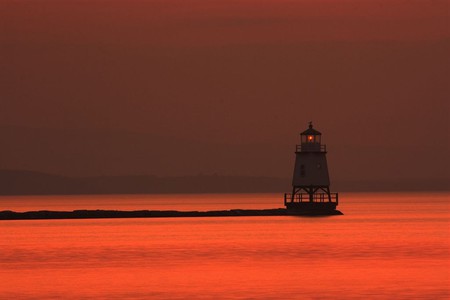 Flynn Center for the Performing Arts 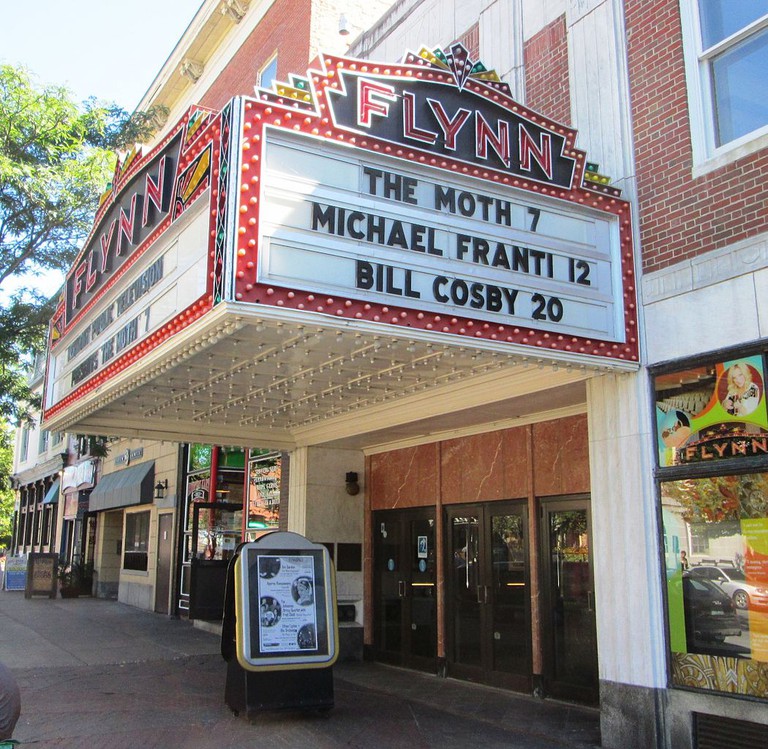 Flynn Center for the Performing Arts | © Beyond My Ken / WikiCommons
It’s hard to pigeonhole a night at the Flynn Center for the Performing Arts. One day it could be a gallery of Phish concert posters, the next a documentary on extreme skiing, or a performance of the holiday classic, A Christmas Carol(there’s even a comedy based on the early life of Karl Marx). Shows typically cost less than $20, itself worth the admission just to peek inside and see the interior of this glitzy 1930s Art Deco theater.
Open In Google Maps
153 Main Street, South End, Burlington, Vermont, 5401, USA
+18026524500
Visit Website
Give us feedback

When a stroll together through Burlington isn’t enough, consider ratcheting things up a notch by biking straight over Lake Champlain. Zoom past stunning vistas along the 14-mile (22.5-kilometer) Island Line Trail, which follows the city’s waterfront via the Greenway bike path before joining the Colchester Causeway, a three-mile-long (4.8 kilometers), narrow railroad bed renovated into a bikers’ causeway that heads out into the lake and connects again to Grand Isle. An in-season ferry shepherds bikers between a 200-foot (60-meter) gap known as “The Cut” near the final leg. 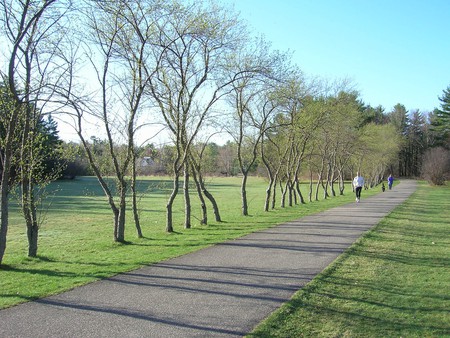 Few things say “impressive” like cooking on a date, and few things say Vermont like local, organic produce. Happily, these forces combine at the farmers’ market (in Wehmhoff Square in the summer and held monthly at the Dudley H. Davis Center at the University of Vermont during the winter) where the state’s impressive agricultural pedigree is on full display. Greenhouses keep most things available year-round, but go the extra mile—this is a date—and cook with in-season products. Don’t skimp on the local meat and poultry, or dairy, for which Vermont is famous. 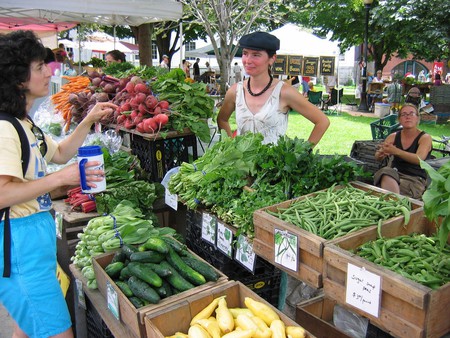 Park
Facebook
Email
Twitter
Pinterest
Copy link
Share
Map View
If your idea of a date involves sitting on an intimate beach watching the last rays of sun dip behind Lake Champlain as you sip cordial and eat figs (feel free to change the combination on any of those details), then Oakledge Park is the right place for you. The park, which overlooks the water, has grassy nooks and sandy stretches to lay out a blanket, or even trees to hoist up a hammock, unwind, and watch the water (or look longingly into each other’s eyes).
Open In Google Maps
11 Flynn Avenue, South End, Burlington, Vermont, 5401, USA
+18028640123
Visit Website
Give us feedback

It causes a moment’s hesitation: directly ahead, past the chairs, mounted on the softly glowing purple stage is something familiar but impossible. A unicorn? A rhino? Nay! It’s a cow (Vermont’s famous for them) with a single horn. But whether your date at the Vermont Comedy Club becomes the thing of legends or just a passing vision, you can be sure that one thing here isn’t a fantasy—the laughs. The steady flow of local stand-up comics and national acts are real enough.