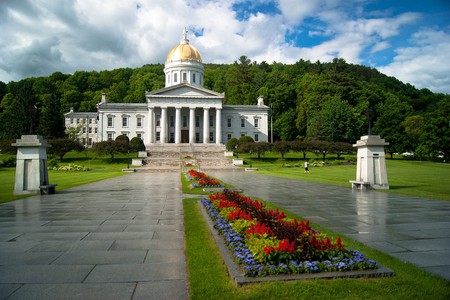 Traveling to Vermont can be a trip through time. The state’s prominent history as a political center and the cultural icons who’ve called it home have left relics of important bygone eras. Do you want to visit and step back in time? Here are our favorite places to go.

Late in life, after the death of family and financial distress, after Pulitzer Prizes and living-legend status, Robert Frost, alone, penned a poem—as he had during much of his life. “In three words I can sum up everything I’ve learned about life,” he wrote. “It goes on.” Frost, who died in 1963, lived the latter part of his life on this 150-acre farm, three miles (21 kilometers) outside Ripton. The property, owned by Middlebury College, includes the farm, a writing cabin, and apple orchard.

The heirs to no small sum of William Henry Vanderbilt’s railroad fortune built this sumptuous, grand estate along the shores of Lake Champlain in 1886 as a model farm. Today, the property stretches for more than 3,800 acres, of which some 1,400 make up a working farm designed by the father of modern landscape architecture, Frederick Law Olmstead (designer of Central Park and Golden Gate Bridge Park). Now a nonprofit educational center, Shelburne offers walking trails, an inn, restaurant, tours, and courses on sustainability. 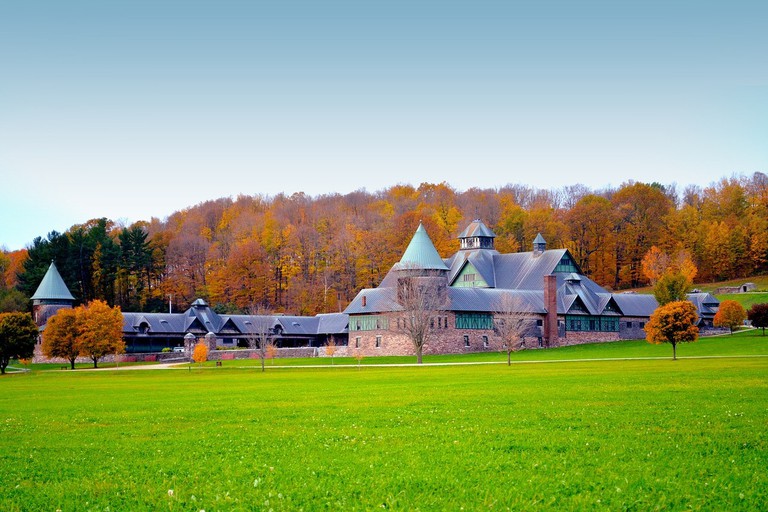 Stellafane—“A shrine to the stars” in Latin—is a landmark observatory built in the early 1920s on Breezy Hill and has been the focal point for Vermont’s amateur astronomers ever since. Several buildings—including the original pink clubhouse—have become National Landmarks, along with the original telescope and concrete dome. The annual Stellafane Convention is the longest-running convention of its kind in the world. 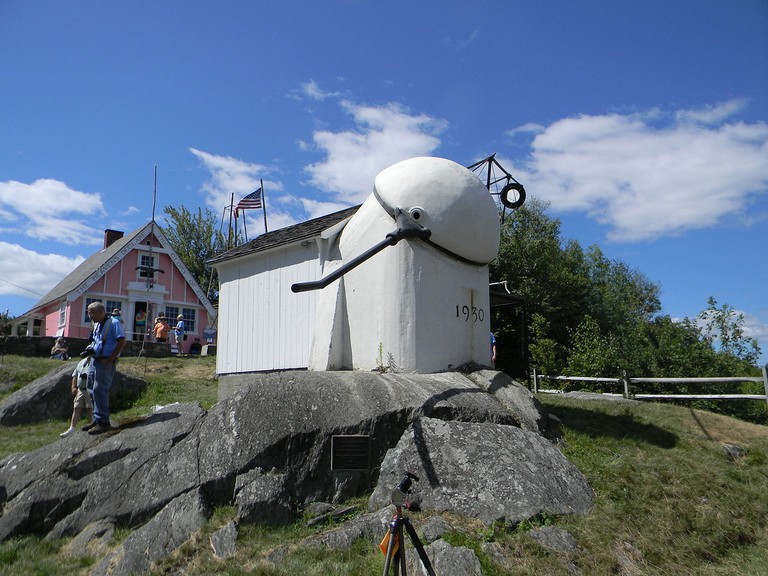 Author Rudyard Kipling (famous for The Jungle Book among other classics) created this Vermont shingle-style retreat and named it for the Hindi word meaning “a jewel beyond price.” It was here overlooking the Connecticut River Valley that Kipling lived and wrote The Jungle Book, and the home is now a vacation rental maintained by a historical organization and sleeps eight. The house retains its period touches and décor. It also still resembles the design of a ship’s prow—with Kipling’s study at the prow. 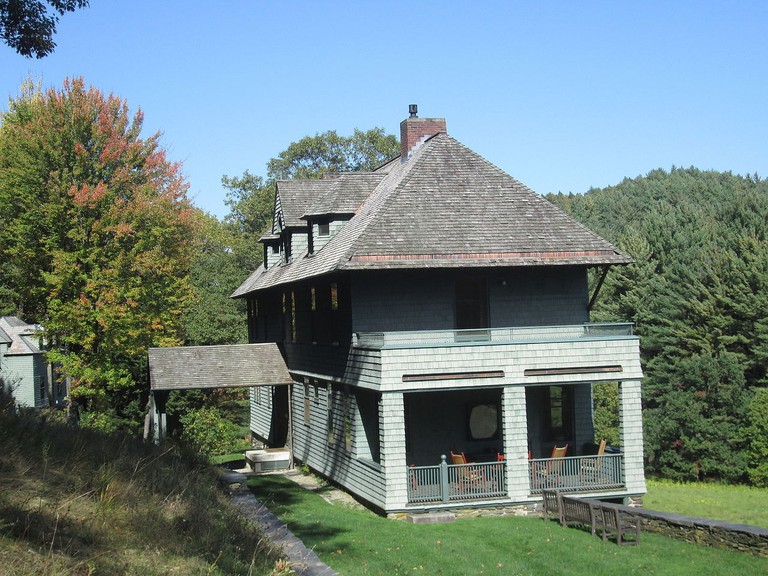 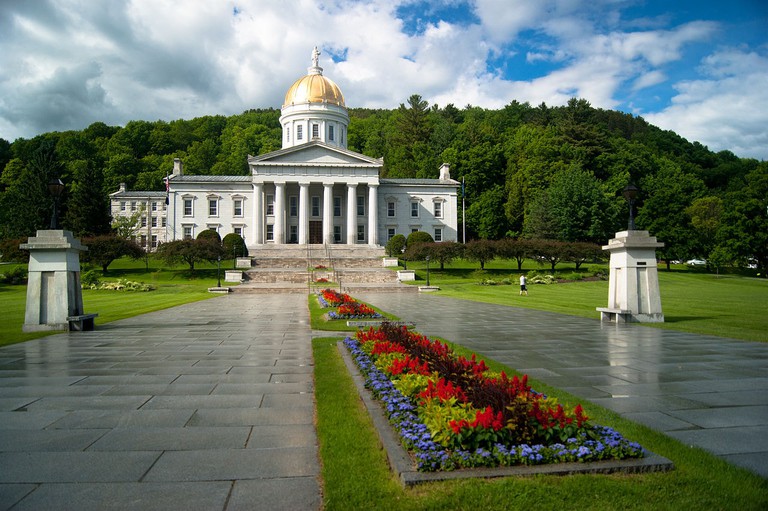 Vermont Statehouse in Montpelier | © Jonathanking / WikiCommons
The home for Vermont’s lawmakers fittingly seems to arise out of nowhere from the state’s mountains. The current Greek Rival mansion was built from nearby granite in the late 1850s and designed after the Temple of Hephaestus in Athens. The building is replete with images and words from the state’s historical statesmen, including two presidents—Chester Arthur and Calvin Coolidge—and highlights include stained-glass skylights of the state’s coat of arms.
Open In Google Maps
115 State Street, Montpelier, Vermont, 5633, USA
+18028282228
Visit Website
Give us feedback

The childhood home of the 30th president (and the location where he took the oath of office when President Warren G. Harding died) was named a National Historic Landmark in 1965. Today, the homestead includes a farmhouse, a visitor center, other houses, barns, and even a cheese-making shop. Coolidge himself is buried nearby at the Plymouth Notch Cemetery. 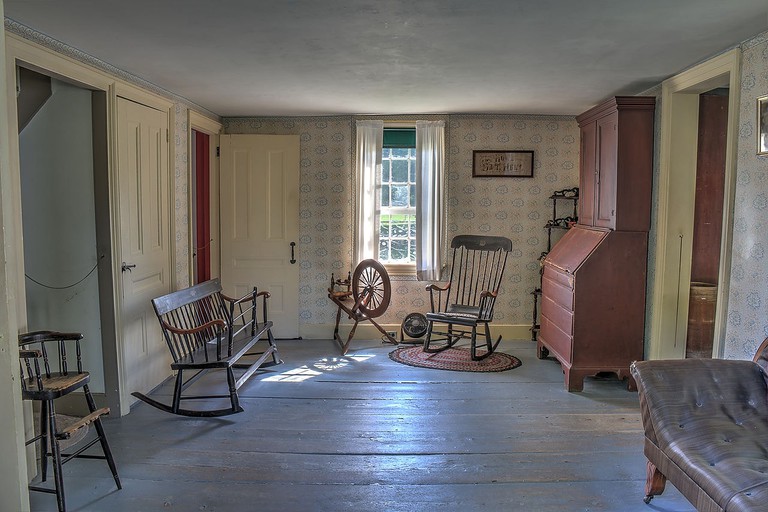 Built by his father in 1805, Marsh—the father of the modern conservation movement—grew up in this rural brick mansion in Woodstock. Marsh’s career followed that of his father’s; he went into politics and law before two presidents appointed him to diplomatic posts. In 1864, Marsh published Man and Nature: Or the Physical Geography as Modified by Human Behavior,a treatise tracing the historical decline of previous societies due to a lack of land stewardship. The house and surrounding 40 acres, part of the Marsh-Billings-Rockefeller National Historical Park, are open to tour by reservation. 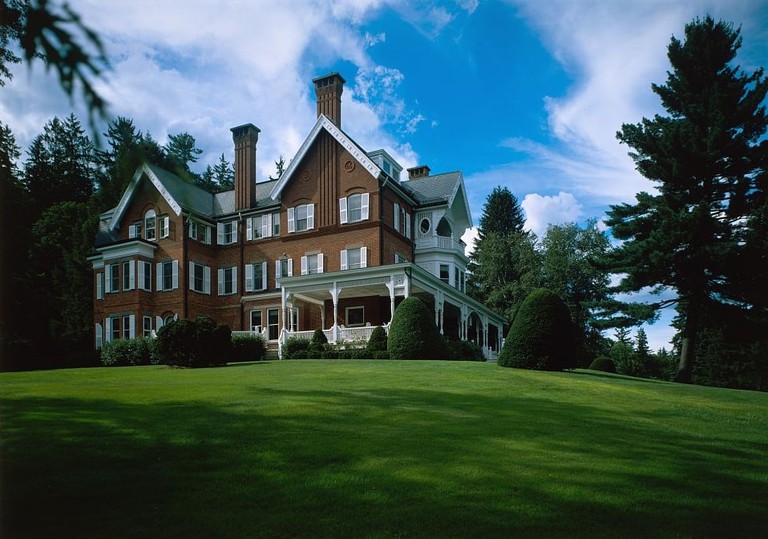 This height of land overlooking Lake Champlain was the site of extensive fortifications designed to defend against British assault during the Revolutionary War. The fortifications, abandoned in the face of marching British forces, were later occupied by the British in 1777, before being returned to farmland. Today, a museum sits at the site, which features blockhouses, a general hospital, and soldiers’ quarters, all intact. History buffs reenact troop life here, and hiking trails give visitors the lay of the land, relatively unchanged since colonial times. 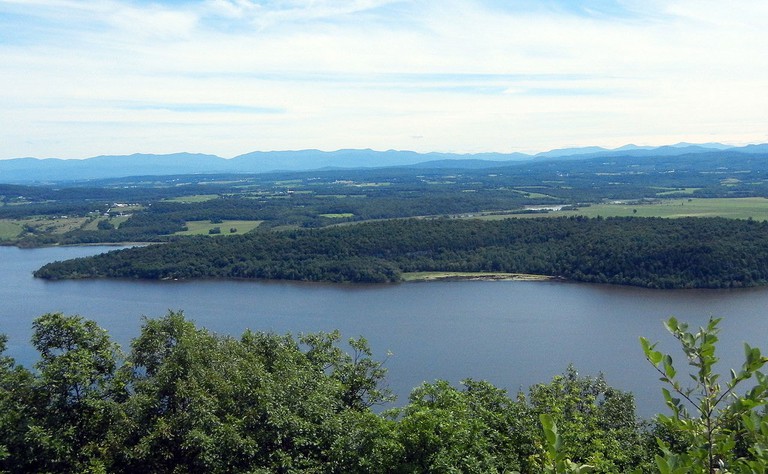 The Robbins and Lawrence Armory and Machine Shop—officially known as the American Precision Museum—is the first place American precision, interchangeable parts were made, and it is said to be the birthplace of today’s multi-billion dollar machine tool industry. Machine tools make parts, such as screws or gunstocks, for other machines, and at the time, it was relatively unheard of. Built in the mid-1800s, the first owners made rifles for the army, but employees soon spread the technology to almost every industry, giving rise to modern bicycles, sewing machines, typewriters, and eventually engines and cars. 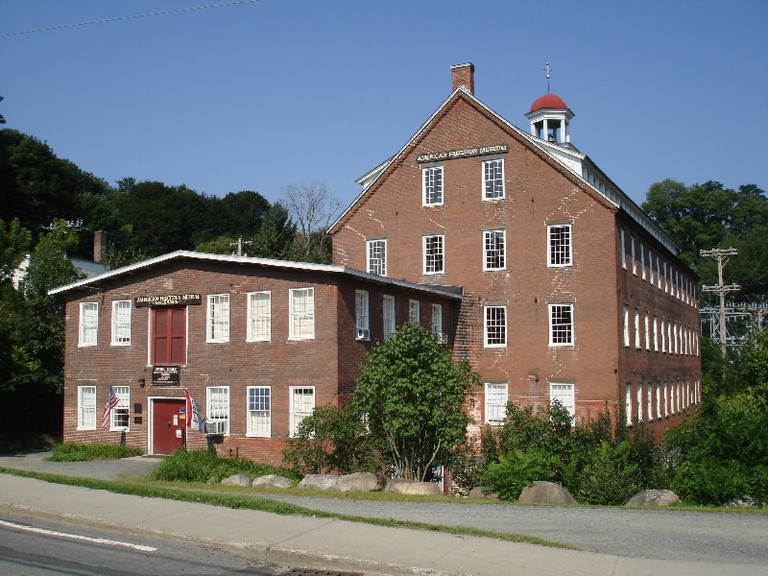 President Lincoln’s legend—born in a log cabin, only to rise to the highest office of the land at one of its most momentous moments in history—is well known to American children. Robert Lincoln was the president’s only child to survive to adulthood, and during the summer months, he escaped from Washington D.C.’s heat to Vermont. Robert eventually became president of the Pullman Company, the largest manufacturer at the turn of the 20th century, and built Hildene—a Greek Revival mansion—as his family’s summer home. Meaning “hill and valley with a stream,” Hildene has since become a museum of the Lincoln family, and its ornate grounds and gardens are popular places to visit, walk and even wed. 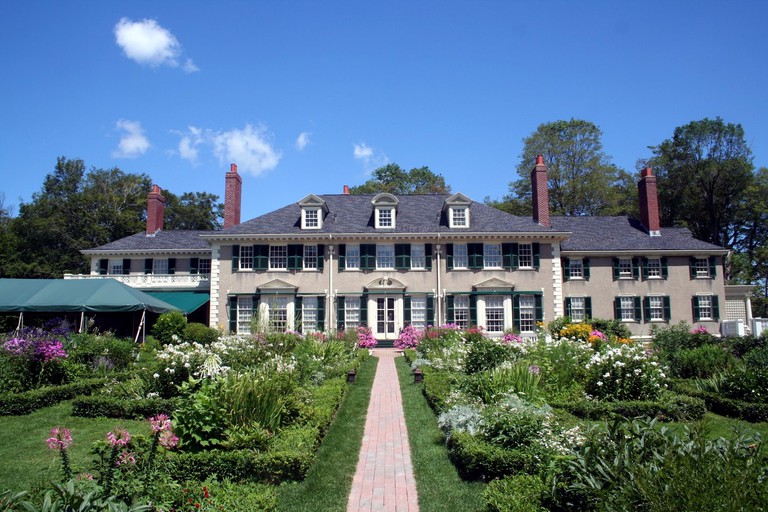 Old architecture this well preserved is rare in North America, but rarer still is the gabled roof and modillioned eave, clapped in wood, topped by a rounded octagonal transom and gable. The church’s congregation was first organized 12 years before the Revolutionary War, and lawmakers have designated the old cemetery as “Vermont’s Sacred Acre.” 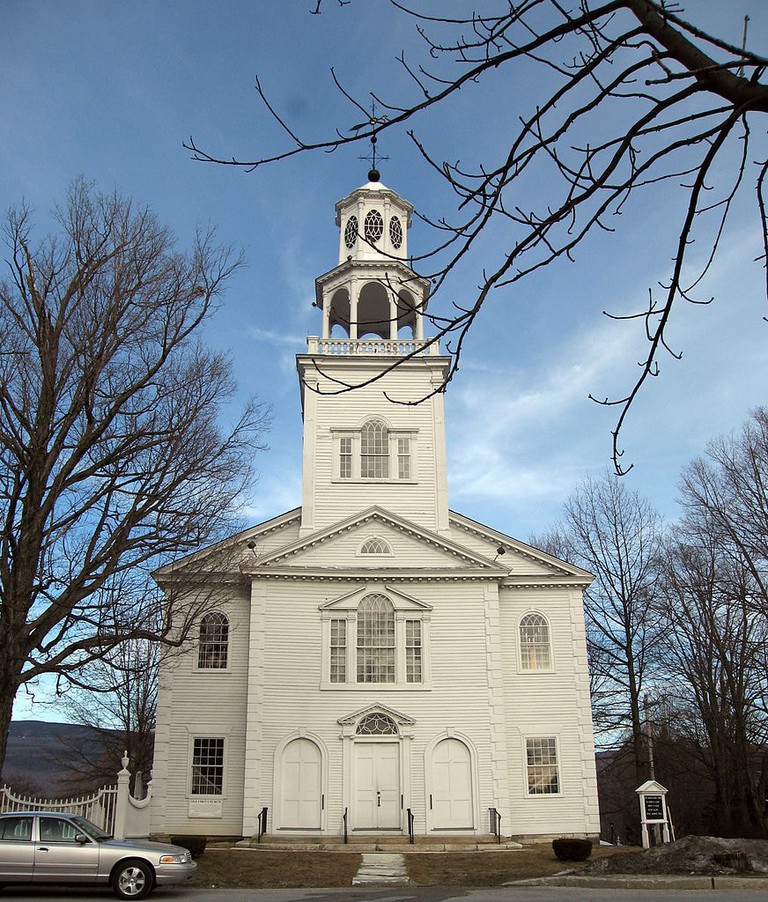