Why Moab, Utah is an Outdoor Adventurer's Paradise

In the mood for a white-knuckle adventure? Your heart won’t stop racing in Moab, Utah – an outdoor adventurer’s paradise.

A caravan of Jeeps cautiously works it way through the trails on Seven Mile Rim. A pair of little dots descend from high above: skydivers. Cross-chatter buzzes on walkie talkies. Rafts cruise down the nearby Colorado River. Hordes of hikers trek through Arches National Park to take in the breathtaking views and heights.

The 4.1-square-mile southwest town, with a population of less than 5,500, is situated between Arches National Park and Canyonlands National Park with Dead Horse Point State Park and the La Sal Mountains nearby. Because of its proximity to these geological marvels, the list of outdoor activities is seemingly endless: four-wheeling, mountain biking, BASE jumping, river rafting, hiking, rock climbing, skydiving, canyoneering, ballooning, you name it.

Moab is truly an outdoor adventurer’s paradise, and it’s for this reason it features centrally on our thrilling eight-day adventure through Utah and Colorado. 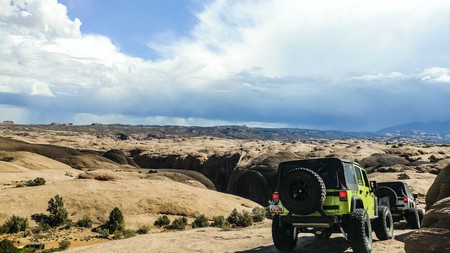 “There are about a zillion things to do out here if you like the outdoors,” said Richard Rootes, a veteran river guide for Canyon Voyages Adventure Co. “It’s nature’s playground. If you love the outdoors, it’s the center of the universe.

“We get 3.5 million people coming here a year from all over the world to see this area. The pleasure for us is we get to live here. Our saying is, ‘My job is better than your vacation.’”

Incorporated in 1902, Moab saw a population boom in the 1950s after the discovery of uranium and becoming known as the “Uranium Capital of the World”. Mining and uranium eventually cooled off and tourism became a major source of the local economy beginning in the 1970s.

The gorgeous national parks and red rocks were highlighted as settings in many Western films. Seeing the scenery in movies and the breathtaking photos in magazines led to an influx of visitors who wanted to experience it for themselves. 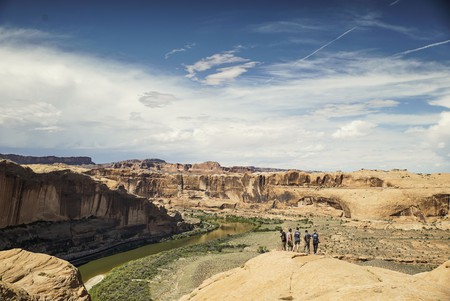 “You drive through Moab and you think it’s a sleepy little town, but you get five miles outside of town and the scenery is incredible,” said Jeremy Rowan, co-owner of Outlaw Jeep Tours. “Everywhere you look is just another incredible view. We’re just lucky to be in an area—such a small area—that has so much to offer.”

Not surprisingly, Moab is home to some of the most iconic mountain biking and four-wheeling trails. Slickrock Bike Trail is a world-famous trail located in the Sand Flats Recreation Area. Hell’s Revenge is at the top of many four-wheelers’ list of best trails.

The environment and challenges vary depending on location and trail—there’s slick rock, sand dunes, petrified sandstone and more. 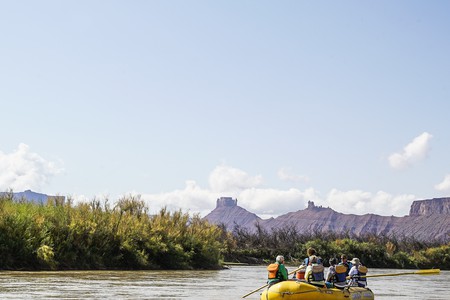 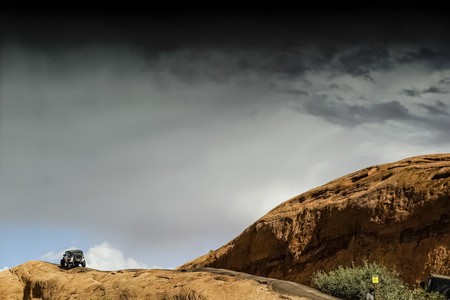 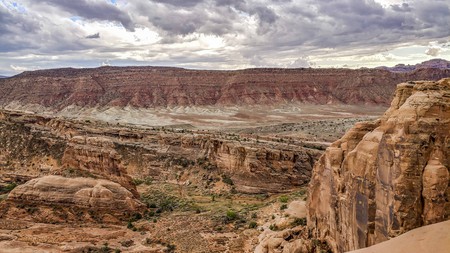 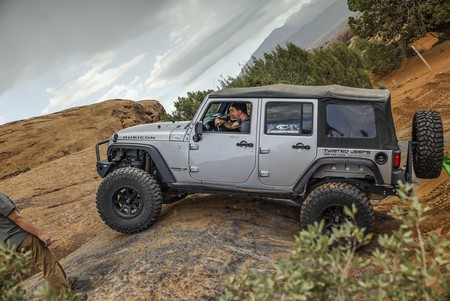 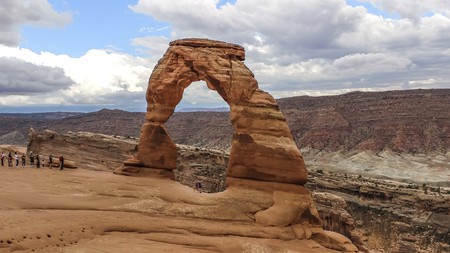 Let us handle the details and join our eight-day Utah-Colorado trip led by a local insider. You’ll be fast-tracked to all the natural wonders of the region – over land and water – with a small group of equally adventurous travelers seeking their next big thrill.
*This article was originally written in partnership with Cooper Tires, who provided travel and accommodation in Moab, Utah.

For options on where to stay, discover our guide on the best hotels in Moab and book now on Culture Trip.