The Top 10 Places To Get Fry Sauce In Utah 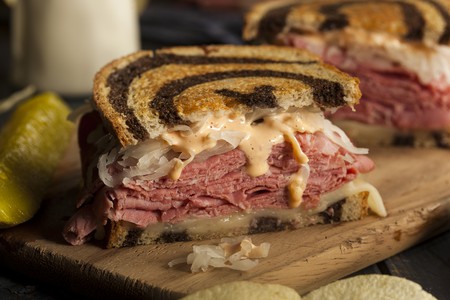 Mix ketchup with mayonnaise and you have fry sauce, a Utah speciality dipping concoction for your fries. But, of course, there are plenty of refinements and recipe secrets held by different restaurants. And it’s hotly debated which burger joint has the best in the state. Here are 10 of the restaurants said to have the best fry sauce. 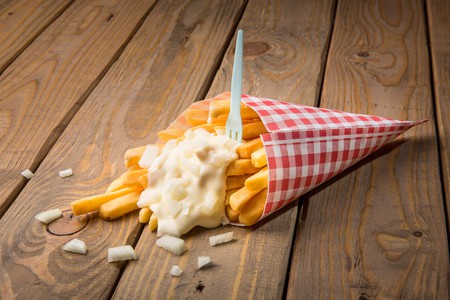 At the beginning, sometime around 1948, Don Carlos Edwards was playing around with ingredients at what was then called the Don Carlos Bar-B-Q in Salt Lake City when he’s said to have discovered fry sauce. He mixed mayo, ketchup, garlic and a blend of spices and originally called his creation ‘pink sauce’. In 1950, he set up the first Arctic Circle restaurant and is also said to have been the very first to serve up kids’ meals. There are Arctic Circles all over Utah now, all still serving their version of the iconic fry sauce. On the menu, you’ll also find all the fast-food classics like Black Angus burgers, halibut and chips, fries and onion rings.

Restaurant, American, Fast Food, $$$
Facebook
Email
Twitter
Pinterest
Copy link
Share
Map View
The very first Crown Burgers joint opened its doors in 1978, run by the family team of Rula and John Katzourakis. There are now four Crown Burgers stops in Salt Lake City and locations in Layton, Sandy and South Salt Lake; all of them serving up what was recently voted the very best fry sauce in all of Utah. Plus, the burgers that form the signature dish have also been voted the very best in the state. Man v. Food made a stopover at Crown Burgers a few years back to sample the food, which still has a strong Greek feel to it, souvlaki, baklava, Greek salad, and chicken gyro are all on the menu along with burgers, fish fillets, pastrami burgers, combos, corn dogs, and, of course, French fries and dipping sauce.
Open In Google Maps
3270 South State Street, South Salt Lake, Utah, 84115, USA
+18014636644
Visit Website
Give us feedback

Purple Turtle in Pleasant Grove, Utah County, has near legendary status these days. The PT has been serving food made to order for customers to pick up, eat-in or order and drive-thru since 1968. Burgers, homemade onion rings, halibut or haddock with chips, and fries with fry sauce made from a recipe that is kept secret, are all on the menu. The quarter-pound burgers are a challenge for the adventurous gourmand; have a go with the Super Deluxe, the Mile High or the Western Viking if you’re feeling really hungry. And the selection of shakes is pretty impressive too with Oreos, crème de mint, chocolate cream pie, licorice, and pumpkin and egg nog flavors all on offer.

napoleon, gimme some of your tots went to purple turtle and got $12 worth of tater tots with my little sis so all in all it was a good day 👌🏼❤️

Yep, a family creamery. It might not sound like the place you’d find fries and dipping sauce, but Leatherby’s is renowned for the quality of their fry sauce along with the ice cream sundaes that make up most of their business. They have locations in Draper, Midvale and Taylorsville where you can get award-winning ice cream, shakes and ice cream sodas, or partake in a gourmet burger, baguette, halibut and chips or a Philly cheese steak from the delicatessen, all served up with a good helping of fries and the signature Leatherby’s fry sauce. 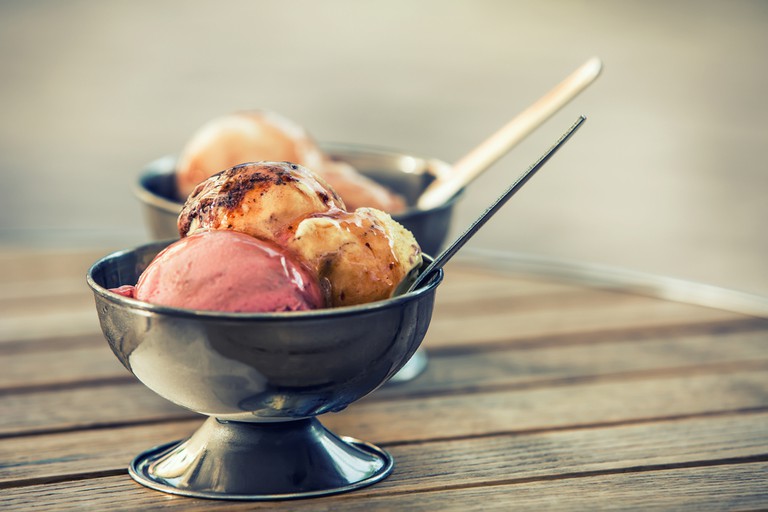 What started out as Taco Siesta in 1980 is now Taco Amigo. Still owned and run by the founder Deanne Keetch over 35 years later, there are now Taco Amigos in Orem and Pleasant Grove. There are American and Mexican menus on offer along with combo plates that mix up the two. On the Mexican menu are burritos, nachos, enchiladas, tacos and tostadas, and on the American version are burgers up to the Triple Cheeseburger and Big Amigo plus fries with dollops of fry sauce, rated by some as the best in Utah and rumored to be made by adding a healthy amount of pickle juice to the mix.

It's the most wonderful time of the year! Come get your Fresh Strawberry shakes!🍓

A legendary Utah food spot with a celebrated fry sauce, Hires Big H was opened up in Salt Lake City in 1959 by Don Hale as a drive-thru where you could pick up a burger or some fish and fries. The Big H burger, fries and homemade onion rings quickly became famous, served up with a mug of foaming root beer. There are now locations in Salt Lake City, Midvale, and West Valley, and you can pick up packets of the famous Hires Big H fry sauce to take home. All of the food is made from scratch every day and has won plaudits over the years from the local and national press, including being featured in a run-down of the 25 best burgers in the USA. 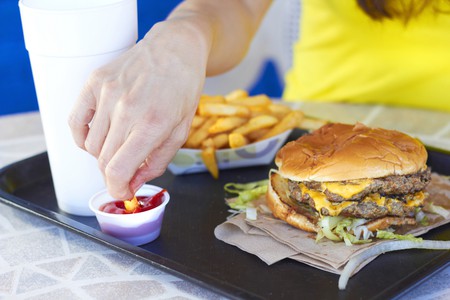 Apollo Burgers have 12 locations in Utah, including Draper, Salt Lake City, Orem, Taylorsville, and West Valley City. They serve up the best Utah produce from Utah farms, bakeries and suppliers, with a menu focused, not surprisingly, on mammoth burgers, with copious amounts of fries with the Apollo Burgers fry sauce. The available burgers include the Athenian, the Tangy Bleu Bacon, the Hawaiian Teriyaki, the Portobello Swiss, and YBW (You’ve Been Warned) Burger. And if burgers aren’t your thing, you can opt for souvlaki platters or chicken sandwiches followed by ice cream sundaes or baklava. The Training Table is a self-styled ‘Utah Original’. They’ve been operating since 1977 in Layton, Salt Lake City, Sandy and Riverton and have a fry sauce that’s known for being a little spicier than most others. That’s said to be because they add a little hickory sauce to the mayo mixture. Famous too for their cheese fries served with a huge helping of melted bleu on top, The Training Table menu has more than 15 different burgers to choose from, including the All-American with cheese, pickles, and onions; the Hawaiian with ham, pineapple, lettuce and hickory sauce; and the Stroganoff burger with extra Swiss cheese, mushrooms and a dollop of sour cream.

JCW’s is sometimes known as The Burger Boys. Run by the brothers Clay and Chris Williams, JCW’s was started in 1998 in American Fork. They’ve added locations in Provo, South Jordan and Lehi where you can pick up burgers made with prime AAA rated beef, freshly caught halibut and fries, hot sandwiches, onion rings, chilli cheese fries and their own fry sauce for dipping. The burgers include the Hickory Bacon packed with spicy sauce, bacon, mayo and lettuce, and the Big C Cheeseburger made with two huge third-of-a-pound beef patties with pickles, dressing, cheese and onions. Wash them down with a shake flavored with chocolate brownies, peanut butter, or hot fudge. 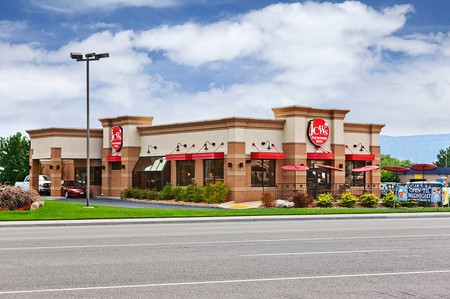 There’s no dish that sums up Belgian cuisine quite like frites with mayonnaise but this being Belgian cuisine transplanted to Utah means the frites come with fry sauce instead. Bruges Waffles and Frites was set up by Bruges born-and-raised Pierre Vandamme with his fellow countryman Philippe Wyffels in 2004. Originally, they just had a waffle cart, and they served Liège waffles and frites. There are now locations in Draper and Provo and two Bruges Waffles and Frites in Salt Lake City. Along with the waffles, you can get Flemish stew, Ricky Burgers, Freakandels and frites with fry sauce, lemon pepper dill sauce, aioli or mayo. 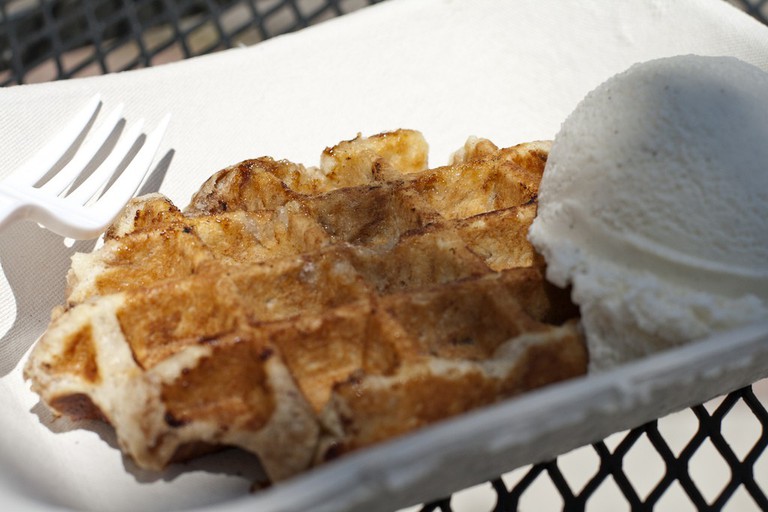