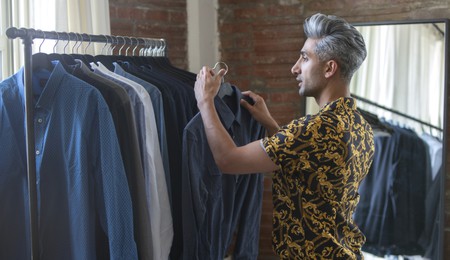 One of the Fab Five from Netflix’s Queer Eye, Tan France shares his experiences of growing up gay, his queer heroes and his favorite Salt Lake City bar.

Tan France is full of smiles, relaxing in a plush hotel suite in London. When asked how life’s treating him, he beams even more broadly. “Pretty fucking great! I honestly can’t complain. I feel like the luckiest man in the world.” He smiles again. “Oh, I swear a lot. You’ll get used to that.”

It’s a fleeting visit for Queer Eye’s resident fashion expert, who’s originally from Doncaster in the UK but now lives in Salt Lake City in Utah with his husband. 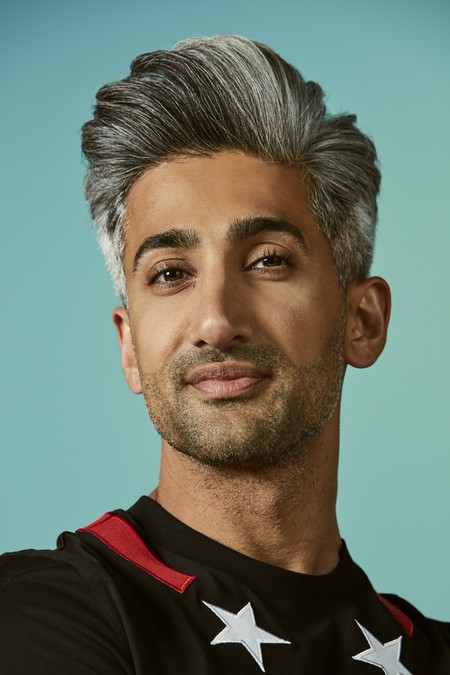 He’s on a short stopover from Japan, where he’s been shooting a bonus season for his hugely popular Netflix show.

But before that, the show’s third ‘proper’ outing hits the global streaming service. “Everything you loved from season one and season two is amplified for season three,” he says, grinning. “I think we delve deeper. I think we’re a lot more direct. I, in particular, am a lot more direct. We really get to the nitty-gritty of what [people’s] issues are.” 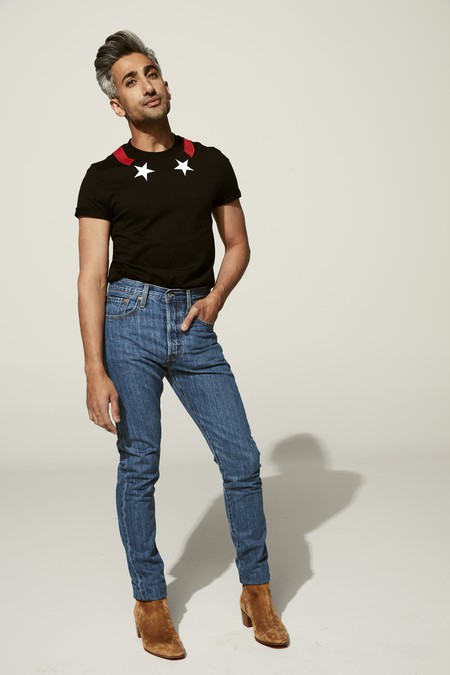 Speaking of getting to the nitty-gritty…

Culture Trip: Where’s the best place in the world to hang out?
Tan France: It’s going to be random, but it’s Bar X in Salt Lake City. It’s a wine bar. It’s owned by Ty Burrell from Modern Family. It’s just a beautiful space. It’s the kind of place where you sit and actually hang out with your friends. It reminds me of a bar I used to go to in Manchester in the gay village, a place called Tribeca. I practically lived in it between the age of 17 to 21. It’s still there – I shot there a few days ago.

CT: What was your first queer pub or club?
TF: It was a place called Mantos, which was also in Manchester. I was 17. I started going out to clubs when I was 15. Asian boys often look a lot more mature than they are, so I looked like I was in my mid-20s when I was only 15 or 16. I never got ID’d! Now people often think I’m in my early 40s – I’m like, ‘Fuck off!’ It’s because of the gray hair. I love my gray hair, but I hate people thinking I’m older. 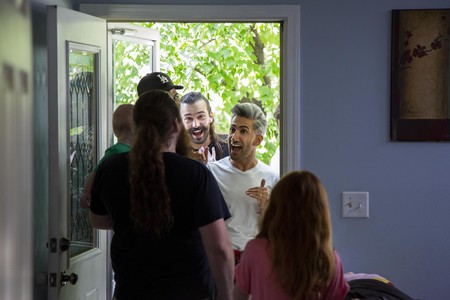 CT: When did you first know that you were ‘special’? By special, we obviously mean gay…
TF: I don’t even remember feeling not special! That’s an arrogant comment, but it’s true. When I was a kid, my earliest memories were of dancing around and pretending I was the love interest of a male Bollywood star. Very, very, very early on. I don’t remember a time when I wasn’t gay.

CT: Did you have a special coming-out moment?
TF: I hope that everybody’s experience of coming out, when they first tell people, is very special. Sometimes daunting, but special nonetheless because it’s a conversation where you’re finally letting people in to who you really are. So telling all of my friends at the time felt really powerful, because I was finally saying, ‘This is the real version of me, and I’m not willing to hide any more.’ So it’s not one experience, it was every one.

CT: What’s the queerest thing you’ve ever done?
TF: I mean, I took a job on Queer Eye! Do you get the show Lip Sync Battle? It’s hosted by Chrissy Teigen and LL Cool J. That probably was, because I danced around in a crop top – I often wear a crop top, but I usually wear something under it – and hot pants to a Beyoncé song, with my four gay brothers from the show.

CT: What song or album would be your essential queer soundtrack?
TF: The Kylie album Fever. Or Gossip [That’s Not What I Heard] – they both came out about the same time. Kylie’s Fever was when I first really started to go out clubbing. It was when I had my first proper long-term boyfriend – we used to listen to that when we’d get ready. 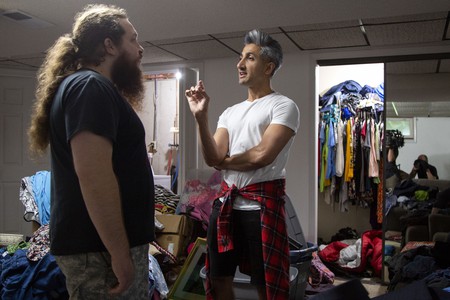 CT: Which queer film should people watch, and why?
TF: Brokeback Mountain (2005). It was an important movie because it showed a version of a gay man that I’d never seen before. I’d always seen a stereotype, a caricature of gay men, and so that felt really impactful. And then Call Me By Your Name (2017). I know that some people think it’s problematic – I disagree. I think it’s so beautifully done. I don’t think it’s heavy-handed.

CT: What advice would you give to your teenage self?
TF: Stop uncrossing your legs. You get to fucking cross your legs and nobody can tell you no. Also don’t worry about the fact that you’re not the same as everybody else. I was so desperately trying to fit in, and now I couldn’t give a fuck about fitting in.

CT: What’s the TV show that changed your queer world? And you can’t say your own…
TF: Queer as Folk. It showed gay life like I’d never seen before. I was 14 when that came out, and I used to sneak downstairs at night to watch it when everybody had gone to bed. It was a window into a world I never understood. I did something really stupid – this is something I’ve never told anybody. I saw Charlie Hunnam [who played Nathan] at an event and I got stopped from saying, ‘Oh my gosh, I know you, I watched you being rimmed in Queer as Folk!’ As soon as I was about to say it my friend went, ‘No!’ I started saying, ‘I watched you get…’ and then he pulled me away just before he managed to hear it. 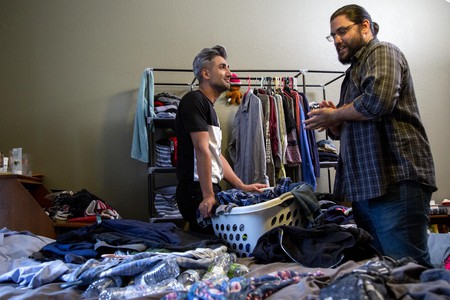 CT: Who’s your queer hero?
TF: RuPaul. Just because he was around in the ’80s. He’s been authentically himself for decades, way before anybody gave him permission to be. I find him incredibly impressive.

CT: What are your thoughts on love and marriage?
TF: I’m still very much in love. As far as marriage goes, I’m very much in love with my husband. We’ve been together 11 years – neither of us can figure out how long we’ve been married!