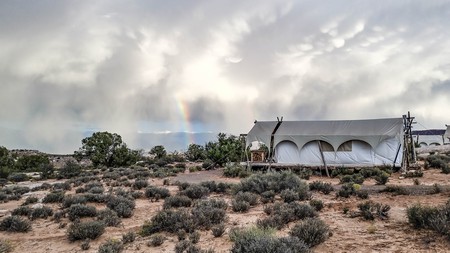 There’s no debate about it: Moab, Utah, is the mecca for outdoor activities. Surrounded by not one, but two national parks—Arches National Park and Canyonlands National Park—the quaint town of less than 5,500 offers a bevy of nearby activities including four-wheeling, mountain biking, river rafting, hiking, BASE jumping and canyoneering.

With so many outdoor activities at your fingertips, it’s almost a slap in the face to stay at a traditional hotel when visiting Moab. That’s why many people favor RVs, camping and glamping (luxury camping).

Moab Under Canvas is a glamping site comprised of 40 tents on 56 acres situated off Route 191, about 10–15 minutes from downtown.

“Glamping is blowing up,” said Colton Call, Moab Under Canvas’s assistant general manager. “For the most part we are sold out every single night. We have waitlists most nights… It’s really convenient. It’s the unique experience that really attracts people here. The parks definitely help, too.” 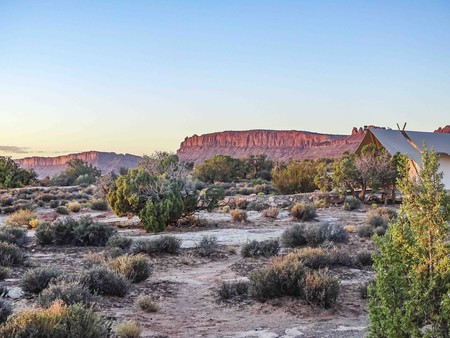 Each campsite presents its own unique and breathtaking scenery, but the overarching themes and experiences remain consistent throughout. These glamping sites provide camping without the hassle—that means tasks such as setting up a tent and cot (more like bed in this case) are already done for you. Some of the tents even come with showers and toilets. There are bathroom trailers on site as well. 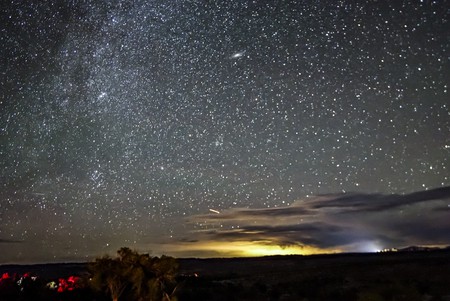 There’s no Wi-Fi at these campsites. They do offer amenities like rechargeable USB battery packs in tents if visitors still have the itch to test their 4G cell service capabilities.

Call said Moab Under Canvas’ clientele ranges from millennials to bachelor/bachelorette parties, families or elderly couples. What doesn’t vary are some of the requests he and the staff receive from guests. The main concern is a lack of air conditioning in the tents—seriously, where would they install a window unit?—when temperatures can reach triple digits during July and August. To combat the temperature fluctuation, the tents are equipped with both water misting systems and wood-burning heaters.

The canvas material that comprises the tents is also equipped for the varying weather conditions—extreme heat, wind gusts up to 65 mph, heavy rains, sand storms. Call said the company is testing materials in an effort to extend the site’s season by approximately two months. 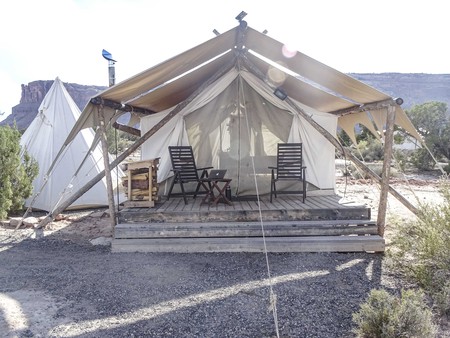 The main concern, other than guest experience, is keeping the site’s environmental impact as low as possible. The surrounding area, especially in Canyonlands, is covered with biological soil crust, which is the foundation of high desert plant life. Impacting this crust, which is dominated by cyanobacteria, can negatively affect the ecosystem.

“When you’re a camper the motto is, ‘Pack out what you packed in,’” Call said. “We’re trying to do that here with things like solar power and a sophisticated filtration system for water and sewage.

“We’re trying to leave as little impact on this environment.”

Accommodation in Moab, Utah, provided by Moab Under Canvas.