Do These Giant “Sun Tunnels” in the Utah Desert Count as Art? 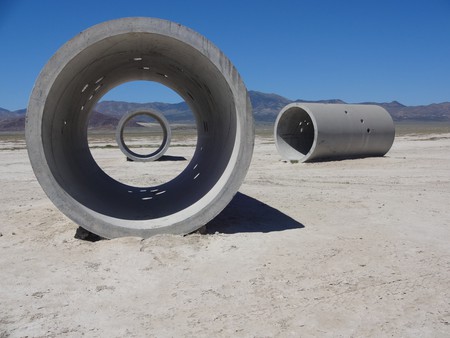 Deep in Utah, in the Great Basin Desert, four hours from the nearest city and museum, four concrete cylinders sit in a cross pattern. Eighteen feet (5.4 meters) long and nine feet (2.7 meters) in diameter, these cylinders are designed to frame the sun perfectly on the horizon during the summer and winter solstices. Holes punctuating the surface of the cylinders line up with the star constellations Capricorn, Columba, Draco, and Perseus so that the sun’s shadows through these holes can trace the earth’s rotation. 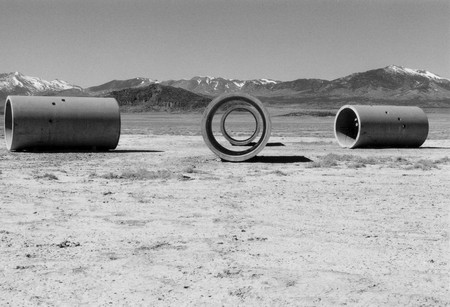 These pieces by artist Nancy Holt are called Sun Tunnels and were recently acquired by the Dia Art Foundation, one of the most prestigious art foundations in the world, which is attached to the blue-chip Dia museum in Beacon, New York, and a gallery in the Chelsea neighborhood of Manhattan.

The tunnels look almost like something that someone on a casual drive through the desert might stumble across and think of as the remains of a construction project, or simply industrial trash in the middle of the desert. If the viewer didn’t know that Holt had positioned the pieces to catch the sun exactly, they might believe it was only a magical coincidence that the concrete framed the sun so perfectly. 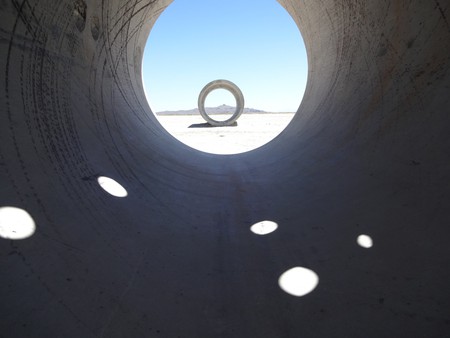 Does the mundane and accidental-seeming nature of Holt’s tunnels make them any less significant works of art than the ornate and elaborate Infinity Rooms by Yayoi Kusama or the famous Prada Marfa sculpture that has become an art world destination in the middle of the Texas desert? 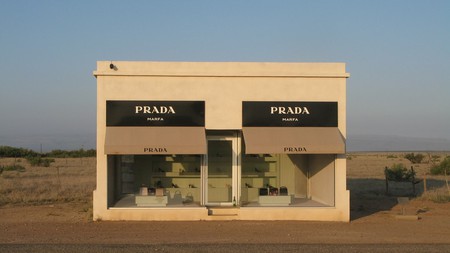 Dia’s acquisition would seem to suggest not. The eminent foundation selected Sun Tunnels as its first acquisition of land art by a female artist. The foundation sees the sculptures as both a part of a classical artistic tradition and deeply modern. “Sun Tunnels is a work that reaches back to a Renaissance fascination with astronomy but has a very contemporary physicality,” Dia foundation director Jessica Morgan told The New York Times.

But there are also very clear ways in which Sun Tunnels departs from a traditional work of art, much less one owned by a cultural institution. For one, Sun Tunnels cannot be moved to another museum or gallery—it must remain exactly where it is for the cylinders to have any meaning whatsoever. Holt has said of her work that “Sun Tunnels can exist only in that particular place—the work evolved out of its site.”

For Dia, this means that they must play both an active role in the maintenance of the site and the sculptures without interfering or disrupting with the pure and unmarked nature of the sculptures as they are. Dia has hired a conservator to make regular visits to ensure that the surrounding area is clean and sight lines around the installation are unobstructed and that there are clear directions on how to find the cylinders on Dia’s website.

But once you get in the car and onto the open road, Dia decided to follow Holt’s wishes and not provide any signs directing the visitor there. “The process of finding the work, that journey, is part of the piece,” Morgan said. All the better for the viewer to wonder once they have arrived—are these concrete cylinders really art, or just a few cleverly placed objects?